Home of the Theosians & what many consider 'the levels of heaven', the Spheres are also home to the Theosian chthonic, known colloquially to many who view the Spheres through an Abrahamic lens as the levels of 'hell'. Not to say one Realm supersedes another, there are glimpses of the chthonic and the glorified in multiple, if not all Realms and many do reflect a series of archetypal ideals brought forth from the Creatrix. Thus, parallels abound.   Why a book like myself ought to be concerned with multiple interpretations, is as tricky to note as explaining a boot to a blade of grass. Religion, created by the humans of Midgard is a complicated and often inflammatory subject, and some of the greatest complications in a modern sense, appear to emanate from myriad alternate interpretations of The Spheres and its Theosian denizens.   One might look at the current ruling triad as all the explanation required to see how difficult it is to pin down a proper singular exegesis:   Elijah, Moses and Jase.   Former rulers, who maintain their presence within the Spheres, but buggered off for a pleasant vacation include such luminaries as Ahura Mazda, and perhaps the Zoroastrian interpretation of Asha versus Druj, Cosmic Order versus Deception is the most expedient method for those uninitiated to understand the constant motion of the Spheres.

The nature of the divine, and hierarchies built upon varying interlocking spheres create a sense of mind bent wonder in those given even ephemeral glimpses into the Spheres. Impossible to rectify within human understanding, the small glimpses of the Spheres taken through humanity's timeframe and experience had birthed multiple religions and interpretations.    Thus, while I, a sapient book, can fathom the vaults upon vaults of interlocking spheres which combine together in a holy and sacred geometry, I recognize you my gentle (hopefully) readers cannot fathom the pristine beauty of it all.    Relative to the centre point, the Spheres function as a sort of cosmic orrery, hidden mechanisms in constant sway depending on the battles between angels and demons, the equilibrium maintained by the rulers of the Realm.

Any shift in the Spheres happens not through a clockwork pattern, but through the collective mental projection of all its naturalized denizens. In times of stability, the shifts are gentle, as supple as a calm and beautiful breeze.    In times of chaos, woe or instability, the shifts can rock like a boat overturned in a hurricane. One moment (for time does not exist in the method we use on the Middling Plane) the Spheres are in fair season, the winds gentle and flowing. Another, a tempest roils about, the Chthonic pitching upward, around to foment woe and unsettling sensation.    Thus, cycles are ruled by intention and experience, instead of some natural order to the Spheres.

Our Middling Plane, and many of the Realms function on a stable set of physical rules.    Drop them like foil covered oven-fresh potatoes, none of these natural laws apply in the Spheres.    For one, atmosphere as we know it, featuring gasses dispensed through striae dictated by gravity's pull on a circular spinning planet, does not exist. Gravity itself is an ever twisting balancing act dependent on the motion of the spheres, force is a constantly shifting calculation as is mass and acceleration.    Time as we three dimensional beings understand it, does not exist here.    Thus, I bear many a tale in my pages of deities, demi-gods and downright normal humans finally touching the first vault past Dur-an-ki only to go frighteningly insane within minutes of realizing they could neither breathe nor understand time, distance, gravity or force. Intrinsic things many don't realize are so necessary to life until they're gone.

The Spheres are populated by fauna classified in none of the Middling Plane sense of fauna. To say it in the simplest way, this is the home of angels and demons. While interacting with other Realms or the Middling Plane, angels and demons will take forms which can at least in part be understood by others, in the Spheres, their true forms are on full display.    Flaming wheels with a multitude of eyes, chariots of fire pulled by teams of multicoloured horses, multi-winged beasts with four heads, wisps of smoke, beings of fire, pure spikes of light and stab-wounds of darkness. This is not a gentle place.    Sacrists  Chthonics

Divine & Devilish energy. This is the greatest export from the Spheres, an inner tap to the divine and the Creatrix through the ancient chasms.

The convivial battle between the Spheres, the Animus and the Hellene still rages when the question of 'which Realm came first' is posited amongst the Truce. While I don't see this as much of an important question -

"Ummm dude. You're the Book of Knowledge, not the Book of What We Biologicals & Deities Make Important. Knowing who came first is a totally relevant question and matters. Enough of your stiffity lip." Karisma Calebdottir

And of course I recognize I am The Book of Knowledge not as the Judge's Daughter put it... The Book of... That. I can state as emphatically as my earliest pages, the Spheres came first. And apparently that means something.

I wish you wouldn't interrupt me.

"You're a long read. I'm skimming. Yadda yadda, mind blown. Yadda yadda, first Realm outside the Ginnungagap, yadda home of angels, demons, celestial what nots, can't know it 'cause it'd break my brain but Jase lives there, and buddies up with Eli and Moses. Got it." Karisma Calebdottir

You are a frustrating pupil and I wish your father didn't leave you alone with me so much for 'quiet study time'.

"You're welcome! Hey, he's a busy Judge. I promised not to unwrite you, so chill and we'll both get through this, my Book-Dude." Karisma Calebdottir

None of the other Realms venture into the Spheres, as unlike most, it is a mind-numbing place of intellect shattering weirdness to all but the initiated or protected. Thus, although a few humans have found their way on the backs of angelic chariots to see the levels of the Spheres, none are left unchanged.    Even deities from other Realms have difficulty in the Spheres, as it is not a mammal/reptilian/amphibian friendly sort of place. 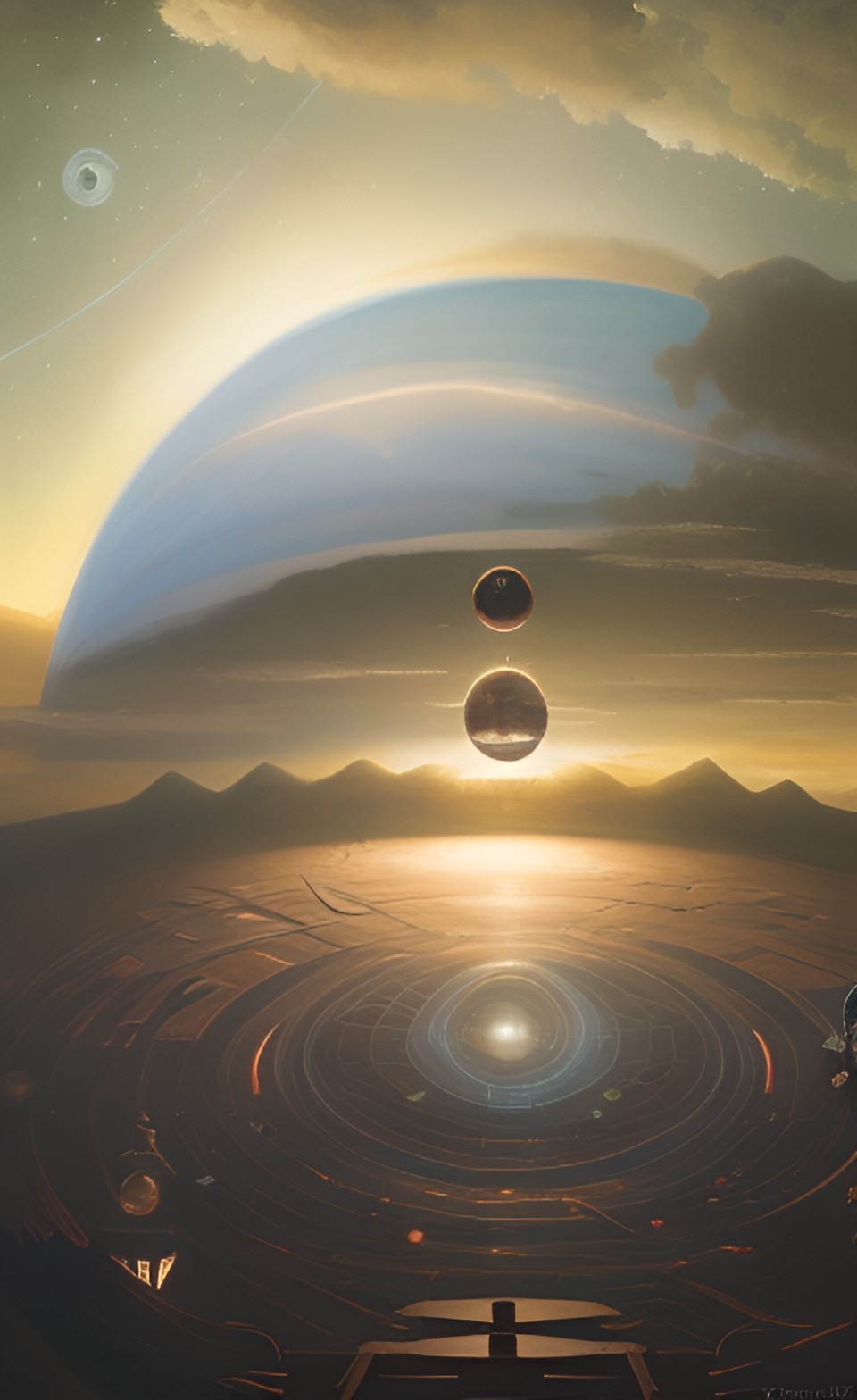 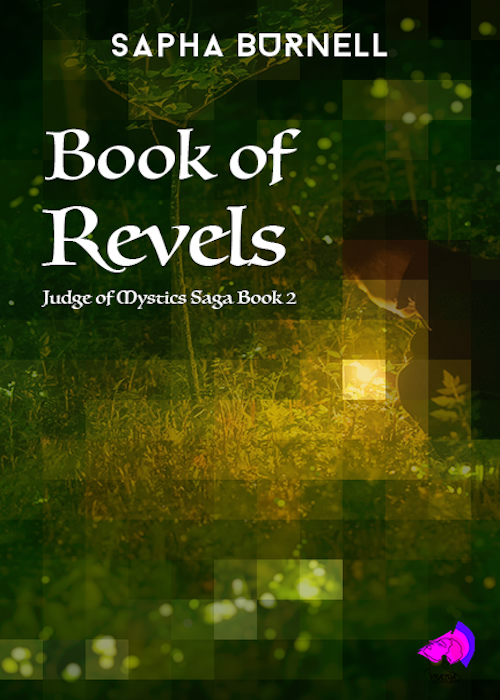 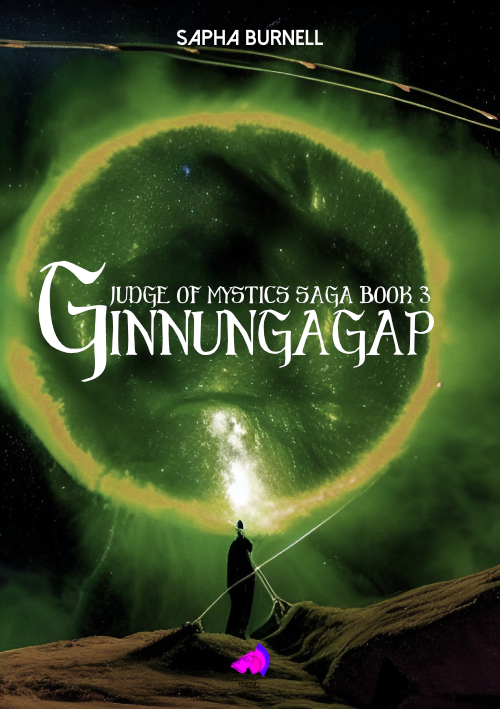 Articles under The Spheres