Ancient Gem of the Rangers

Hidden amongst the shelves carved into the wall of a petrified tree house lies a deep blue crystal, one that strangely matches the color of the tattoos used by the Revane Clan, a color that cannot be found anywhere else in the Elven Forest. A small, straggly diamond is roughly carved into its surface, another reminder that this may be a relic of the Revane Clan from long before the Outlands were named.   The Ancient Hunting Grounds stand as an empty clearing, one slightly under kept compared to the lush forest around it. A small hut-like cave is carved into the stump of a large petrified tree, signally where once the ancients lived and hunted. Those that know enough to date the stump and its inhabitants believe that the cave was carved into the tree nearly a thousand years ago, almost two centuries before the Outlands were tamed.   Archaeologists in the Elven capital believe that the gem was the mark of an ancient Ranger enclave, being similar to a symbol used by the Revanes of Faelon. Those that live in the area of the Ancient Hunting Grounds say it as truth, as the gem is a mark of the ancient Revanes. With only one in the clan remaining, the history has been lost and only the Outlanders can guess at the gem's true origins.   The last of the Revane Clan believes in the truth given to her by the Outlanders. The hunting grounds and the gem were only miles away from Faelon and the Revanes' home. It was found in a mad dash away from the chaos of the Eldritch War, a last reminder of the once great clan. She carries it with her as a memento, but also as a reminder of who she is, of who her clan once was. 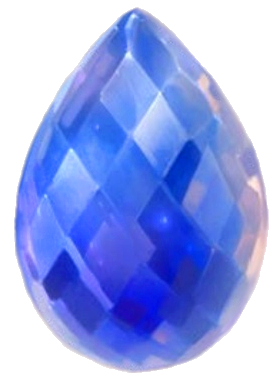 Answering: "Write about the history surrounding a unique artefact or work of art in your world."
Visit RiverFang's Competition Page Check all other answers to this prompt Competition Homepage