Small feet patter in the dirt as the tiny figures of Mousefolk, hunched over with heavy bags on their backs, make their way back into the shadows, their thievery complete for the night. Juices from apples and pears as well as the sweet nectar of honey dripped from their bags, covering them in their glory. They would return to their small hideout, buried amongst the roots of one of the many trees in the Little Greenwood, bellies full and warm from their spoils. For these overburdened figures, it was another successful heist for the Butternut Bandits.   The most well-known band of thrives in the Little Greenwood, the Butternut Bandits were an odd bunch, only stealing the profits of the forest, but never taking of gold or other valuables. They preferred their bounties in terms of fruit and nectar, sugary sweets that nature gave so freely of within the forest. Their heists often stole whole harvests, leaving little remaining for the farmers and arborists to sell at market. What they kept locked away could easily feed a village or fill the coffers of one, but they could not allow such things.   Expectations are always quite odd in the Little Greenwood, shifting away from the normal that one may think of. Forests have tall and far reaching canopies, but not this wood. Fruits easily fit in the palm of one’s hand, but not in this wood. Bandits are often harmful in their thievery, but not in this wood. The Butternut Bandits are no different, breaking expectations but still being considered criminals. Their heists are not simply what they seem on the surface, nor their detriment as steep as one may think.

The Butternut Bandits’ only agenda is to gather the food they need to survive, often bringing in new members due to their prolific thievery. This thievery was never intended to be malicious or detrimental to any of the farmers or arborists in the Little Greenwood, but the heists have had unintended side effects that while their actions are considered illegal, their public image is very different.   The stealing of fruit and honey from various farmers and arborists has had a much more positive impact than one would believe. The removal of fruit has added in better growth, especially of the melons due to the vine only needing to focus energy on a single melon instead of many. Fertilization efforts have become more productive as the eventual crop is being pared down greatly by the thieves.   As for honey, the Bandits’ thievery has often kept the hive from overflowing and has kept the Greenwood Bumbles healthier, allowing for a much healthier forest.   The Butternut Bandits are seen as a rather positive force in the Little Greenwood and many are grateful for their unintended help, but many still act as if though the group is criminal in nature as a front, although nothing is done to stop the bandits.

This group of bandits joined together out of necessity, not an innate need to steal and cause destruction. Orphans were not uncommon amongst the Mousefolk, their race often being confused for the giant rodents of the Little Greenwood. Children were left among the petals of the giant flowers, safe from the dangers of the forest floor. But all children grow up and wish to explore and discover, something much easier when their needs are provided for. Instead, a dozen of these lost children banded together in order to meet one of their most basic needs, the need for sustenance, no matter the cost.   Mina Thornpaw was the oldest and therefore fell into the role of leader, although it was one that no one wanted. Leading a band of thieves meant being the one to take the fall if caught. It meant being responsible for the others, even when she was just a child herself. At barely seven summers old, she was still a child, but the others were younger still, and starving amongst the bounty of the Little Greenwood. So the Butternut Bandits were born, if only to fill their aching bellies.   What started as a necessity shifted as their heists became more elaborate, their spoils increasing until their bellies were bursting and their hideout overflowing. They stole fruit and honey, anything low hanging that the younger children could easily grab and carry. In the summer they stole melons, in the fall they stole pumpkins. The heists soon brought in more than the original dozen could ever eat and the Bandits grew, encompassing twenty or more orphans depending on the season. 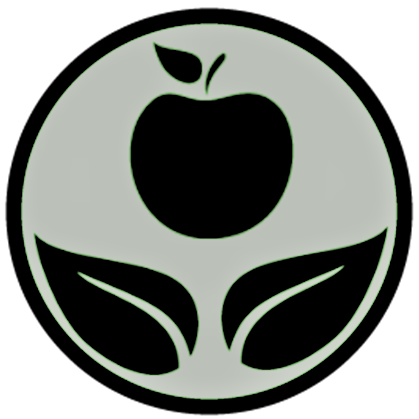 The Bandits are a group of camaraderie and purpose, their numbers ever increasing due to their family-like nature. Leader Mina Thornpaw serves almost as a mother or older sister to many of the younger children, protecting them and providing for them in any way necessary. The group as a whole has some organizational structure, with the youngest members kept away from the heists and only members of certain ages participating in particular instances of thievery.   They believe that they will only survive together and by providing for themselves, as no one chose to step up and fill the role of parents when they were orphaned. This causes many outsiders to take pity on the bandits, but it is not pity they seek. They wish for recognition of their accomplishments and possibly for someone to step in and end the cycle of thievery.

I love the "High Road Romantics" vibe of this group ;)

Awww, I want to give them all cuddles! I love that people are kind of like "They are criminals!" but secretly they're not going to do anything to stop them.