Pride of the Gem Dwarves

A golden hue filters through the air as lamps are light around the city. These delicate lights are far from the bright glows that are found on the surface, but the dampened light glowing golden or orange is perfect for the streets of the Pit of Amber, a city deep in the heart of Káto. Gemwork is a specialty of the Gem Dwarves, highly sought after around the world, but their work with amber is scattered across their cities, a mark of pride amongst their people.   Amber cannot be found naturally in many places across Isekai, making the golden-hued gemstone a rarity. Often, the fossilized resin can only be found in parts of Káto where different plants secrete a sticky sap-like substance that has fossilized along the walls of the tunnels. These gems are harvested and considered the purest form of amber, along some can be found in the larger forests on the surface.   Due to the location of many of the large amber deposits, the gemstone is a point of pride for the Dwarves, so much so that their capital was built in a hollowed out deposit. Using their skills with gemwork, these people create intricate designs with the soft gem, including lanterns and other items that bring the light of a dimmed sun to their darkened caves.

Amber was once associated with the trees of the surface, a rare phenomenon of fossilized sap gathered on the larger trees of the world, but this all changed once the Gem Dwarves found one of their greatest pride and joys. Miners looking for gemstones stumbled upon a large vein of golden stones, reminiscent of the amber found on the surface, but much clearer and glowing a golden color.   It was determined that these stones were amber, formed from the fossilization of purified sap that had flowed from the stalactites above to run down the walls of various tunnels. This purified sap, full of various minerals that were gathered from the stalactites, created amber that was clear like glass, a pure gemstone that was difficult to break but simple to work. Because of its rarity, this amber soon became a source of pride for the Gem Dwarves as they could create amazing creations with the stone.   The discovery of the Pit of Amber and the subsequent building of the capital city of the Kingdom of Gems was a great suprise. Millennia ago, miners stumbled upon a large vein of amber, following it until it culminated in a large pit that was encrusted with the glowing stones. As one of the longest utilized materials for the Gem Dwarves, it made sense to build their homeland amongst the stones that they so coveted. Yellow Stones by Jack B on Unsplash
One of the most common uses of amber within Gem Dwarf cities is for lanterns. The clear stone allows light to filter through while also dimming it, allowing the Gem Dwarves to utilize these lanterns without harming their eyes due to their enhanced vision in the dark. These lanterns blanket cities in a golden hue, often reminiscent of various gemstones.   Other common uses for amber are jewelry and decorative items. In many cases, Gem Dwarves are the only ones that create any items with amber, but the stone is exported outside of the Kingdom of Gems for other uses as well. In some instances, this pure form of amber is utilized in some medicines as well as various research completed by the magic academies throughout Vóreios.

Gem Dwarves stumbled upon the first veins of amber in Káto soon after their appearance in Isekai. As the two Dwarven brothers separated and began the lines of Iron Dwarves and Gem Dwarves, the Gem Dwarves entered Káto and made their homes amongst the minerals and gemstones they coveted. Amber was the first discovery they made, sealing its place as one of the most loved materials to work with. 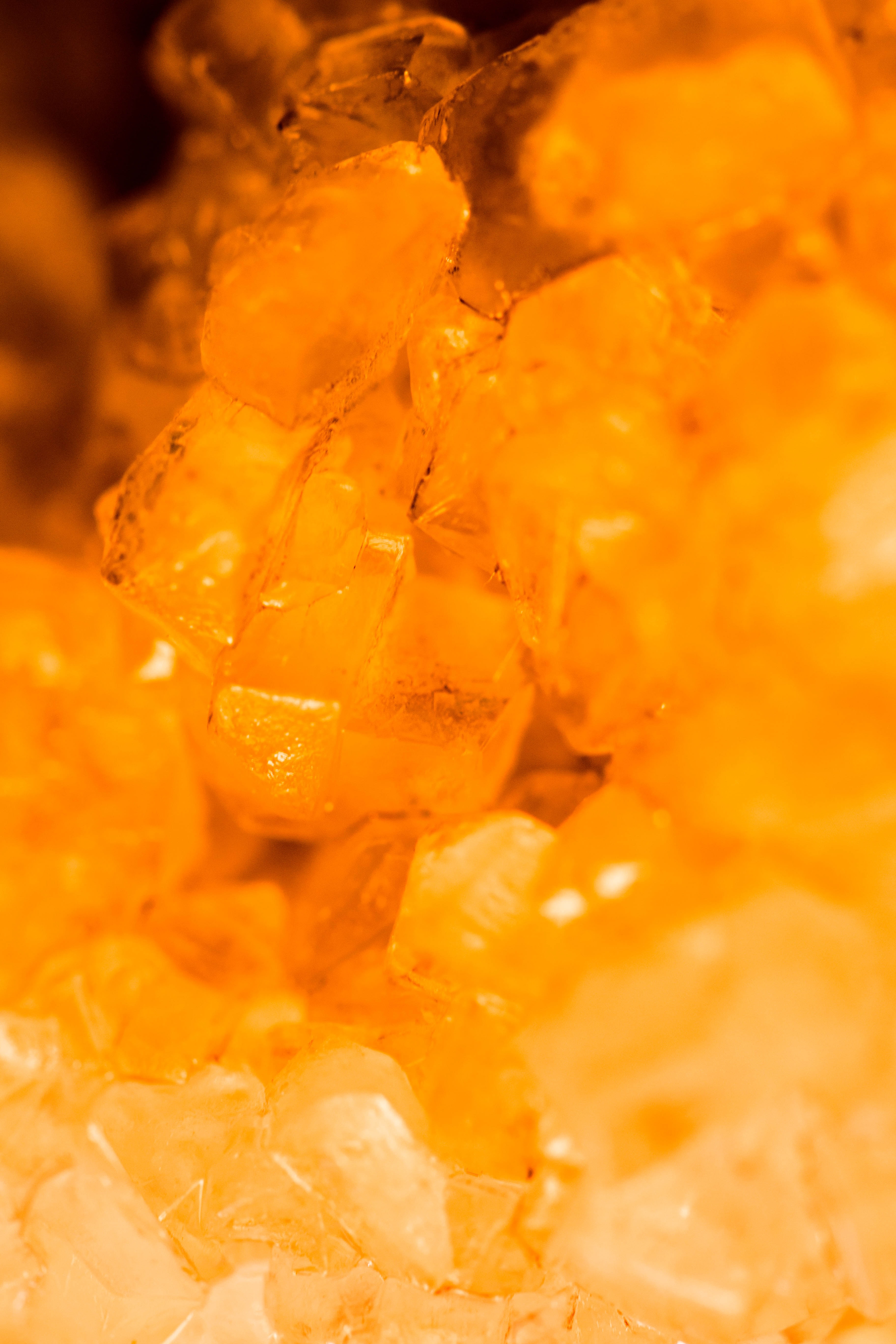 Yellow Stones by Krystal Ng on Unsplash
Raw Amber is often found in veins alongs the tunnels of Káto, deep in the areas that the Gem Dwarves make their homes. Which not truly a gemstone, the material is one that the Gem Dwarves covet as they made their capital in one of the largest veins ever found known as the Pit of Amber.
Type
Stone
Rarity
Uncommon
Related Locations
Related Species
Trade Goods