Hoofbeats mumble across the ground as the moss and grasses mute the heavy blows. Shadows weave through the trees, their antlers projected by the fading sun, stretching and twisting further than anyone could grow. While some of the largest creatures in the forest, they are by far some of the most gentle, their hulking forms depicting safety and travel instead of invoking fear. These are the mounts of the Outlands, coveted for their gentleness and their grace.   Aelinor Elk serve as the pack animals of the Outlands. While much of the Elven Forest prefers horses or other pack animals, the Outlanders prefer the grace and gentleness of the Aelinor Elk as it allows even children to keep and use these creatures. A relationship born of necessity, these creatures have found a better life serving as aides to the Outlander instead of being hunted mercilessly due to their docile nature.   One of many creatures influenced by the magic of the Elven Forest, the Aelinor Elk take their name from the Aelinor Oaks that it is said their antlers often mimic. Larger antlers, thick fur similar to that of a bear or wolf, and increased lifespans are the blessings that these creatures have gained from the deep magic of the forest. Because of this, the elks' use to the Outlanders is far greater than many others. 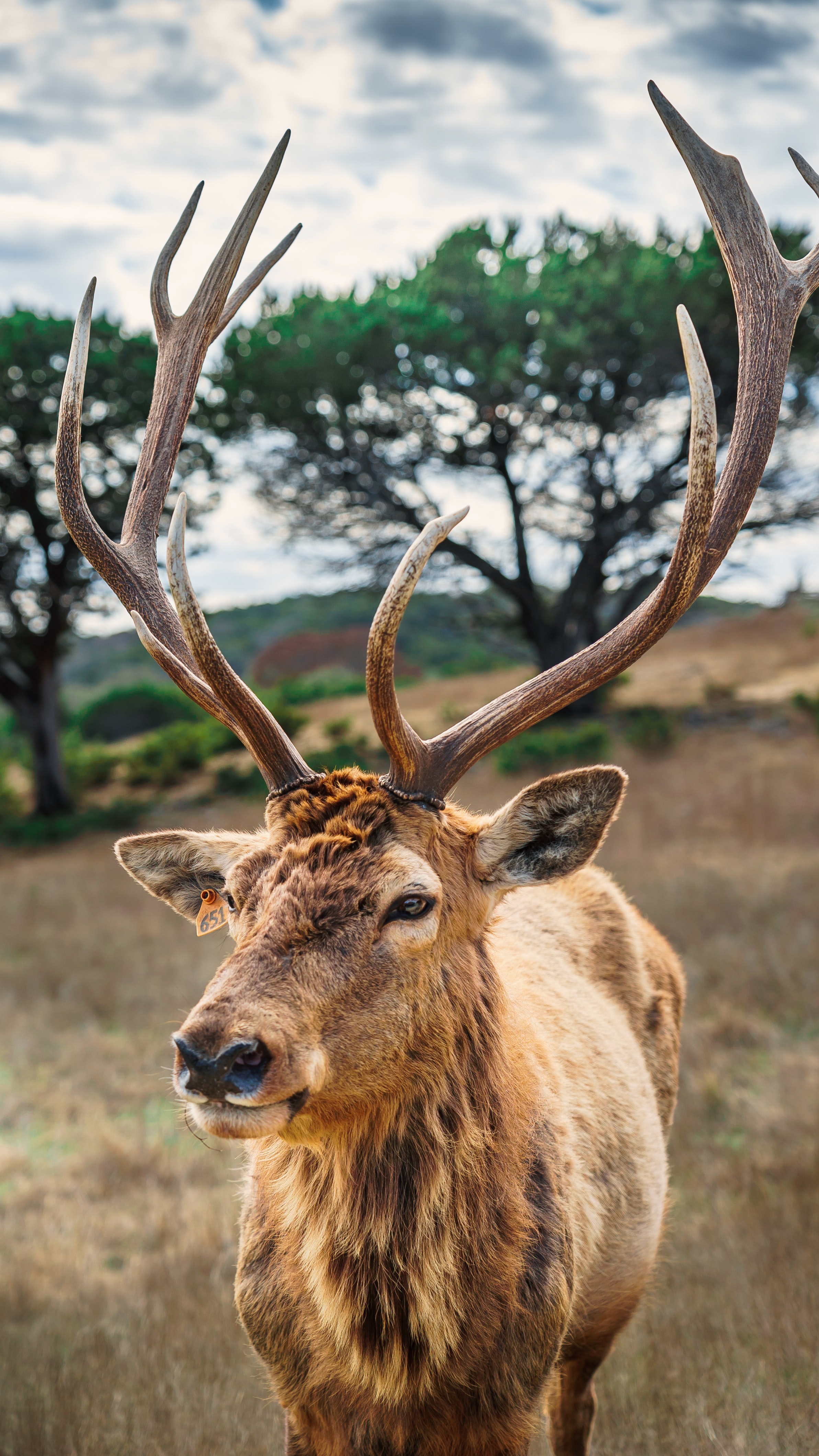 Deer by Andreas Dress on Unsplash
Young Aelinor Elk are oftentimes indistinguishable from common elk as their antlers have not yet begun to grow in the intricate patterns that the species is none for. Their coloring is also brighter, making it difficult to know if one is looking at a common elk or an Aelinor Elk.

Aelinor Elk reproduce very slowly, often only having two or three calves in a typical fifty-year lifespan. These elk grow slowly, reaching full size by roughly age seven, at which point their antlers will continue to grow and shape themselves in interesting patterns. Upon reaching age ten, an Aelinor Elk is considered mature enough to reproduce, at which time it will find a mate that it will keep for the rest of its life.

The optimal environment for the Aelinor Elk is close to the Aelinor Oaks in the Elven Forest. Much of their life is dependent upon the magical network that connects these trees, causing the elk to rarely if ever, leave the safety of the Elven Forest. Because of this, their diet consists largely of plants and leaves that are common to the forest and are imbued with the magic that makes the area thrive.   Those Aelinor Elk that have been claimed and somewhat domesticated by the Outlanders may also subsist on a diet of berries and oats as the growing
seasons allow, but the forest itself provides everything that the Aelinor Elk need to survive.

Aelinor Elk are very attuned to the environment around them, often having extraordinary senses when it comes to sight and hearing. It is assumed these senses are heightened by their magical connections to the forest. All things in the Elven Forest are affected by the natural flow of magic through the trees, but none more than the Aelinor Elk. The twisted nature of their antlers is a testament to their ties to the magic of the Aelinor Oaks.   It is believed that these magical ties have also granted the elk great intelligence, allowing them to learn commands quickly and efficiently once domesticated as well as learn great expanses of terrain to extremely detailed levels. 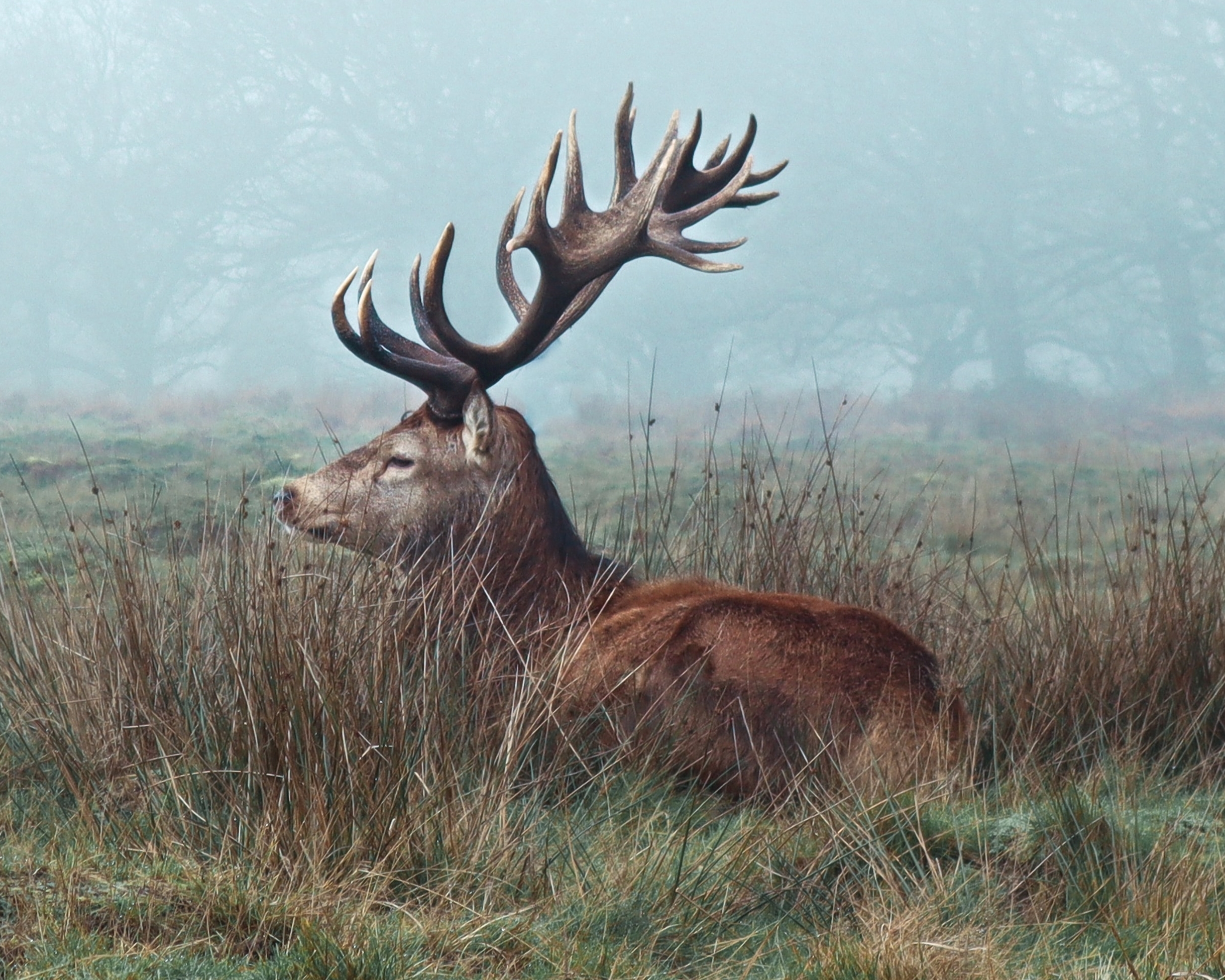 Deer with impressive antlers by Yuya Yoshioka on Unsplash
Aelinor Elk are known for their intricate horns that often grow and twist in various patterns over the course of the creature's life. Their horns set them apart from the other animals of the Elven Forest and often grant them great reverence as an oddity of the forest.
Scientific Name
Cervus Fae Aelinor
Lifespan
50 to 60 years
Conservation Status
The Aelinor Elk are not under protection, but some have been domesticated by the Outlander tribes to be used as beasts of burden and for other needs.
Average Height
5 to 6 feet tall at the withers
Average Weight
700 to 1000 pounds
Average Length
9 to 10 feet, nose to tail
Geographic Distribution
Related Ethnicities

The Aelinor Elk are most commonly used as beasts of burden by the Outlanders as their size and sure footing allows them to move through the Elven Forest with its protruding roots with ease. Other animals, such as horses, struggle with the terrain.   The fur, antlers, and hide of the animals are also utilized in a variety of things in Outlander villages as these people believe in stewardship of the land so that both the needs of the villages and the forest are met. They do not believe in waste, so every bit of the animal is used.   As domesticated elk are often much more than pets for their people, the uses of the animal upon its death are considered extremely important or ceremonial for the one that had owned the animal.

Answering: "Write about a creature that is used as a beast of burden or transport animal."
Visit RiverFang's Competition Page Check all other answers to this prompt Competition Homepage

Nice work up on the Fairy Elk concept.

Nice work up on the Fairy Elk concept.