The Nivale Forest covers a large portion of Imminar's central landmass, encompassing a wide variety of terrain. In the northwest and northeast are fearsome mountain ranges, with a broad valley between them ending at the sea in the north. In the south it brushes up against Lake Amanti, which feeds the great River Ginso that flows through the forest. In its western reaches lie the muck and cattails of Thornbrush Swamp, and far to the southeast, the Pirus Mountains, one-time home of the giants.   Nivale's most distinctive feature is its wondrous Tree of Souls. This enormous tree towers fifteen stories above the rest of the forest, visible for miles around. At night, the tree's leaves and branches glow with a soft silvery light, inspiring its name. Legends and tales conflict about the tree's origin; according to one, a powerful druid entombed himself within, expending magical energy over the course of years, merging himself with the wood of the tree so that he would always be able to protect and care for the forest. In another, the great hero-turned-demigod Garon stole a sapling from an archfae's garden in the Faewyld, returning and planting it in the Material Plane, where it grew to a massive size. The legend maintains that the tree still maintains a connection to the Faewyld.   The forest is wild, deep, and seemingly endless. Though its outskirts consist of sunny glades and inviting hollows, unwary travelers easily become lost in its depths, and few roads mark safe routes of passage through the trees. Those that stray from the path do not often find it again. Unnatural fog, unearthly calls, a feeling of eyes watching in the dark, and strange glowing white lights floating among the branches have convinced many that the forest is haunted, or else the domain of dangerous fae creatures. Whatever the case, the stories all agree that Nivale may not be quite the arboreal paradise it seems from a distance. 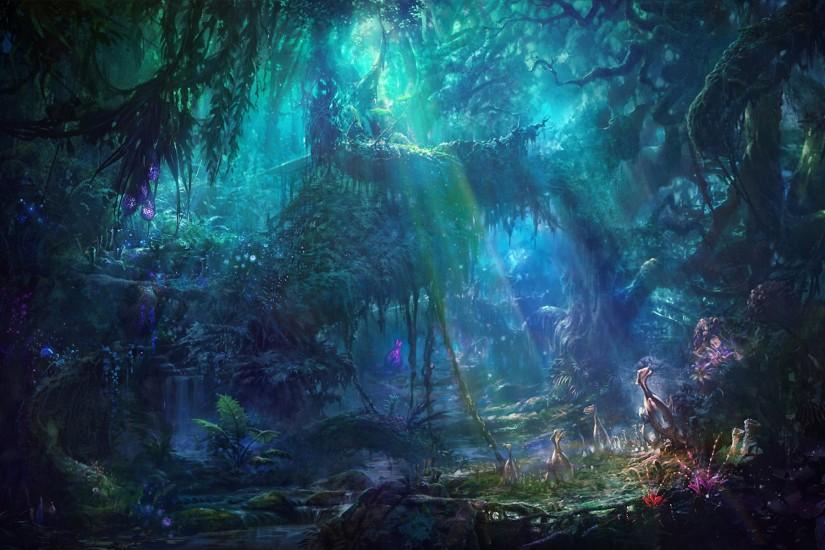 
Remove these ads. Join the Worldbuilders Guild
Locations and Settlements