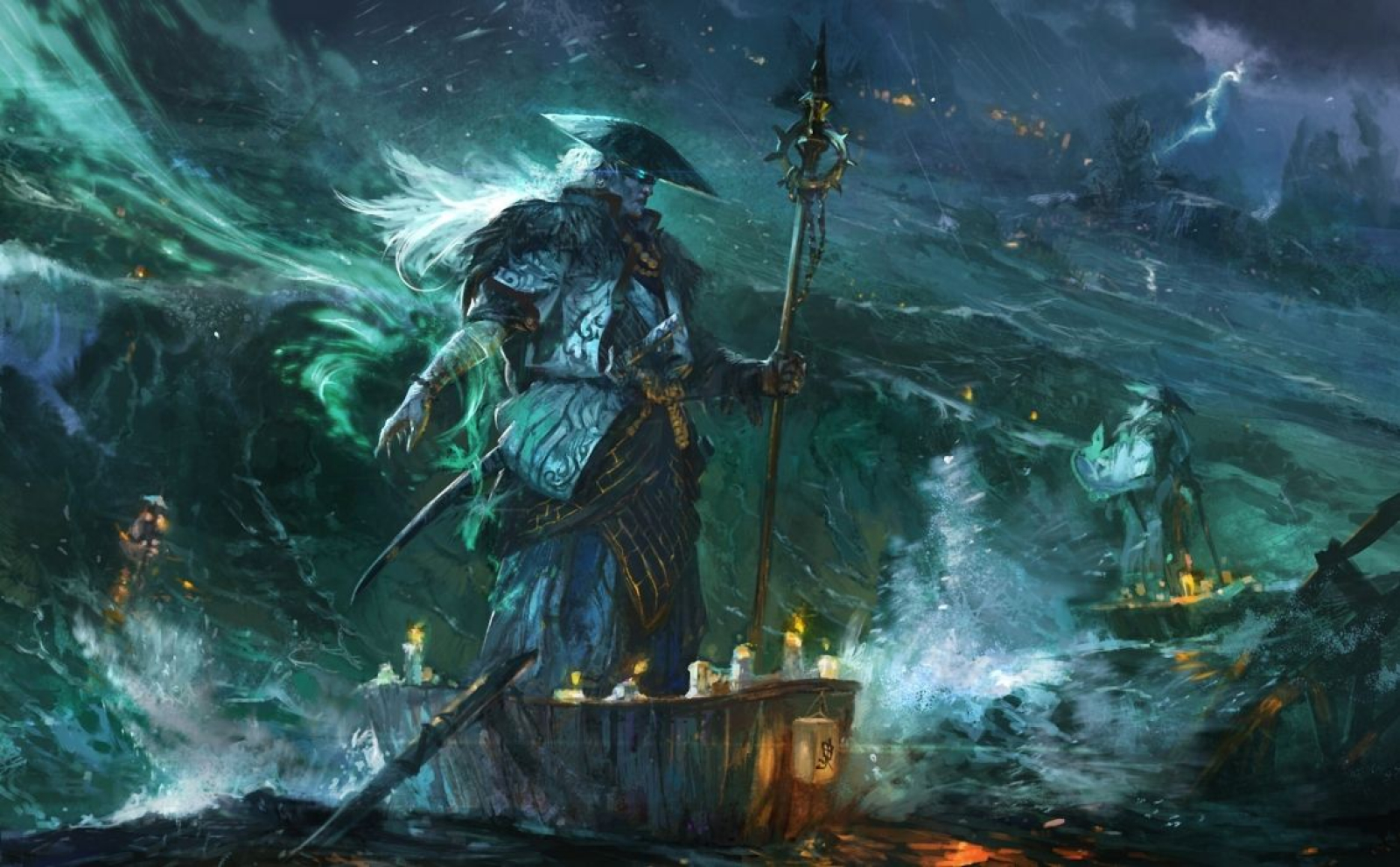 I can't walk two steps in this Winds-forsaken kingdom without someone or something trying to kill me!   -Lady Gtashir Umra, minutes before her assassination by means of being impaled by the horns of a wild zhuptik.

Gaizha is a world that doesn't understand the meaning of "quiet". Since as far as anyone can remember, the world's been a wild, barely controllable land full of dangerous plants, creatures, and people.
Powerful chaotic magic courses through everything on Gaizha, from the smallest insect to the largest tree. This power makes Gaizha the home of particularly strange natural activities. Some areas of Gaizha have earthquakes as frequent as storms, excessive rain, comically large forest fires, and various other catastrophes the likes of which should be impossible. But for the people living on Gaizha, that's just day to day life.

Our attempts to expand southward have been repeatedly halted by Antom barbarians. Their army - if I can even call it that - has surprisingly capable warriors, some making use of magic. They've resisted us at every opportunity, and we've barely managed to take a step out of Shivish.   -General Pralim the Great, from her diary covering the Antom Campaign during the reign of the Gish Empire. Circa 128 AW.

Humans on Gaizha live a life of frequent danger, and stable nations usually cluster together, separated from foreign cultural centers by enormous stretches of wild lands and nomadic tribes. The handful of genuine empires on Gaizha are forces to be reckoned with indeed, and are usually led by powerful mages, able to tap into the same magic that powers Gaizha's signature natural disasters and warp the natural world to their own desires.
With that in mind, there's many a sight to see on Gaizha! Great natural wonders, the ruins of ancient civilizations lost to time, and strange but wonderful creatures of both mundane and magical varieties inhabit this world. So grab a weapon, master some magic, and get adventuring! Just don't expect to come home without a few scars.