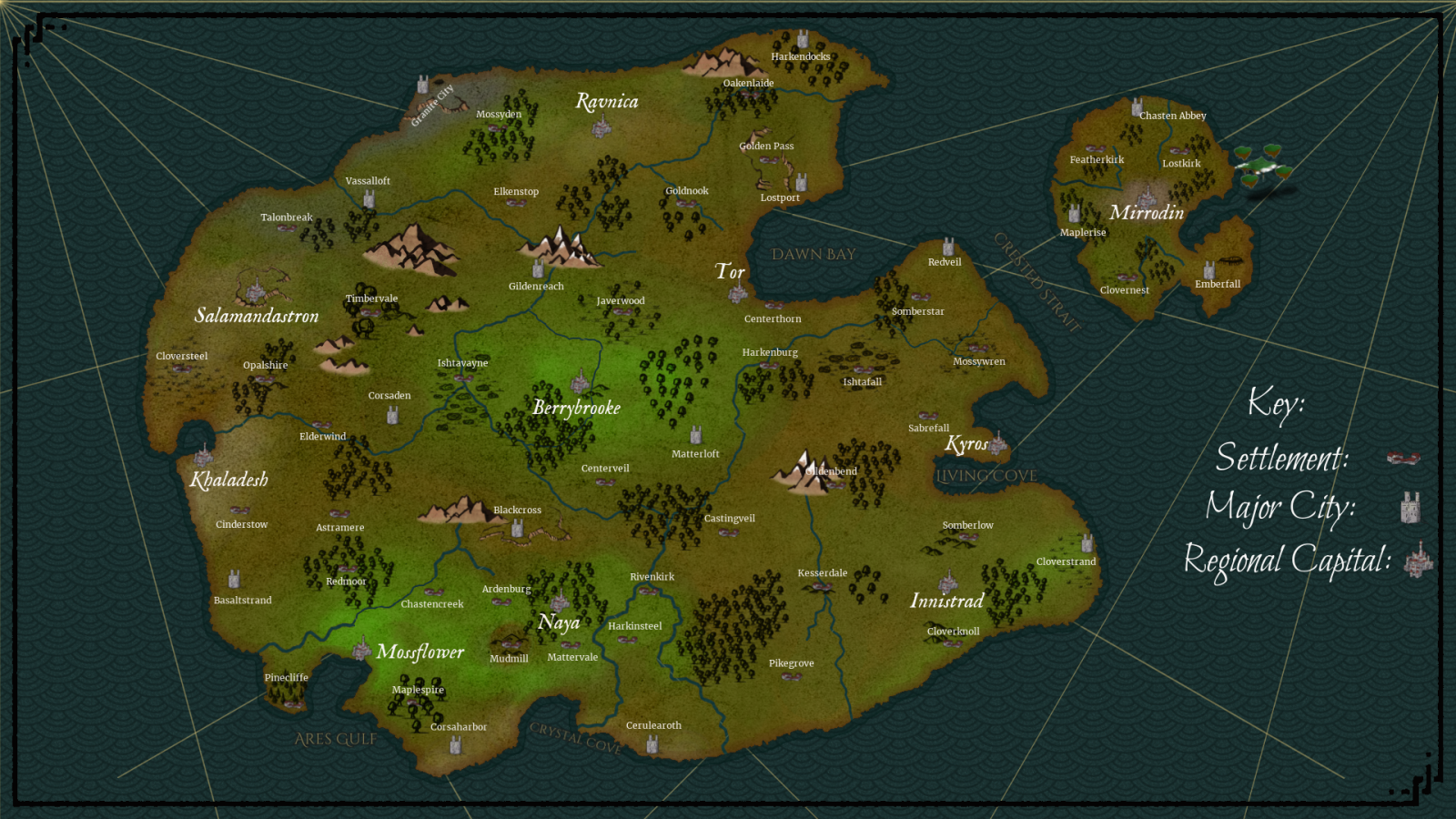 TheGreatBamboozler
It is said, to know the creation of Gaelamonde, is to know the very essence of tragedy. Venerable scholars, seasoned bards, and timeless creatures all speak of a time when Gaelamonde was a realm of the Divine. In those times, Gods walked among the mortals that gave them strength. Shepherding them, granting them blessings, and most important of all--maintained the realm.   Yet as many of the Gods' flocks grew, wizened, and created works of their own, they lost need for the Gods. Fields could be sowed in a single day, tended by experts, and yield great bounties. New weapons, tactics, and magicks made the blessings of the Divine nothing more than a formality in combat. Soon, true Innovators of industry, magic, war, and all things mortal, became the icons of power and glory. These Innovators would eventually cast of their shrouds of mortality, and don the mantle of Divinity; and in doing so, caused the old Gods, the Divine, to slip into the past.   That was 2000 years ago, and now the old Gods are all but forgotten. Many, don't even know they existed, let alone by what names they were called. The Innovators have taken all Divinity for themselves, ascended to the cosmos, and grant their followers the power and blessings they are owed. Many cities and cultures have no reverence for the wilds, or the primal nature of the world around them. To be a follower of the Innovators, is to be an advocate for change, even though natural laws still apply.   However, dark clouds are gathering on the horizon, as the world begins to stir to life. The wilds are seldom safe, heinous storms disrupt commerce, and something ancient now begins to wake. Perhaps, the artists and performers may be correct; tragedy combined with time, may just become comedy.

Cold, calculating, power-hungry bitch (with a heart of gold!)