Fillimet    Everyday Life    Religions & Organizations      Kogal Taskforce
The Kogal Taskforce was founded in 5732 CFE as a joint research effort into the cause and cleansing of Calamity from Kogal Island. Originally a small scale effort between the Goldaming Family and Society of Scientific Exploration and Discovery, the Taskforce has grown to include various organizations from across Fillimet.   While they have not yet discovered the cure they seek, each new answer brings them closer to their goal.

The Kogal Taskforce seeks to:

It was just a normal day, you know? That's how it started. I was in the fields, minding my sheep, daydreaming. My wife... She...   Sorry.   She'd promised a surprise, when I came home. It was... It would have been our anniversary. Five years. Such a small time together, looking back, but it felt so big to us.   I was trying to guess what it was, when the sheep... They can sense things, you know? They must have sensed the Calamity and...   I'm sorry, can we try to talk about this again later? It's... I still can't talk about this without...   She was so proud of herself, you know? Almost giddy with excitement, wringing her hands like she always did when she was trying not to tell me something... When I close my eyes I can still see her standing in the doorway, watching me drive the sheep to pasture...   That was the last I saw her...
— former Kogal shepherd

In 5712 CFE disaster struck the peaceful Kogal Island, forcing its inhabitants to flee to avoid the magical corruption now known as The Calamity. In hindsight this event was proceeded by years of suspicious activity at the formerly abandoned Farscale Tower, but most assumed this was a result of the Society of Scientific Exploration and Discovery covertly resuming their surveillance of the feral dragons despite their coerced treaty to the contrary.

Formation of the Taskforce

...and so I hope these details impress upon you the importance of our research to better understand the Calamity.   I am writing with intent to form a partnership with your esteemed organization, the Society of Scientific Exploration and Discovery, to better research the Calamity at Kogal Island in an effort to understand its cause, the full effects it has had on the island, and possible methods to mitigate or even rehabilitate the affected area. Our coordinated efforts in past projects have consistently exceeded the successes of our solo endeavors, and I think you'll agree that an effort with such an importance as the reclamation of Calamity-afflicted areas requires the best.   I hope to hear from you soonest,
— Yallina Goldaming, Ecological Chair head, Goldaming Family

After decades with no change to the corrupted state of the island, several members of the Goldaming Family identified the island as a valuable opportunity to study Calamity and potentially discover a method to reverse its effects. Success would not only allow for the rehabilitation and resettlement of the island, but also open the door for the development of treatments to undo the other effects of the Third Law of Magic.   By 5732 CFE the Goldamings had developed their own research team, armed with an array of ideas gleaned from records on Vitriol Magic from the Great Library. They reached out to the Society of Scientific Exploration and Discovery as a sign of goodwill, due to SSED's history of ownership over the Farscale Tower at the epicenter of the Calamity event. After brief consideration the SSED agreed to combine resources in the endeavor and the Kogal Taskforce was born.

Why don't you head back to the main base, get some rest and some real food. I'm going to stay with Katie for a while, I've got a theory I want to try out.   Don't give me that look! I'll stay on Katie. Someone has to watch the portal, after all. 'Bout time I earned my keep around here, right? Go! I'll be fine, and you really need a shower.   Ow! What was that for?
— Taskforce member

Due to the Calamity across the island Kogal was deemed a risky location of operations for the Taskforce. SSED contacted the Fillimet Magical Archives and obtained clearance for a small base in the northwest corner of Martoka Island, in exchange for full copies of the Taskforce's notes and reports for inclusion within the FMA's records. The FMA also agreed to provide the Taskforce with full access to their own library.   The Goldamings have also developed a small floating outpost near Kogal Island safely outside the corruption zone, KT1. This provides a local base of operations and a safe location for Portal Travel to and from the Island, although the Librarians assigned to the Taskforce are the only regular inhabitants due to safety precautions. While the corruption zone around Kogal Island has remained stable for decades the Taskforce prefers to take no chances.

The Taskforce has not yet discovered a solution to reverse the Calamity on the island, although their careful research has improved their understanding of Vitriol Magic and the actions and reactions leading to the 5712 Calamity.
The Herbs are Healing Movement has recently been approved for membership within the Taskforce, bringing their own unique experiments to the island. Their latest experiment involved the planting of several fields of Imperial Night Rose scattered across the island. The HHM hopes these Imperium-consuming plants will also devour the magical corruption across the island, with the effects of that corruption upon the roses also flagged as part of the study. Preliminary results appear promising but the experiment is still in its early stages.

Twisted by long-term exposure to dark magic, Kogal Island is a sinister reminder of an even more sinister past.

The Calamity is a blight upon the land, caused by an overexposure to dark magic until the darkness overwhelms the surrounding areas. 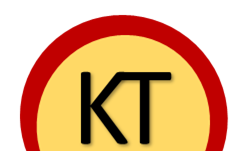 The situation at Kogal Island is one that could arise anywhere Vitriol Magic is allowed to flourish. The knowledge on how to rehabilitate and cleanse any area overcome by Calamity is therefore of utmost importance, and we are pleased to throw our full support behind the Kogal Taskforce and its efforts.
— Goldaming Council of Elders

The Goldaming Family remains a staunch supporter of the Taskforce. They maintain a small team of dedicated representatives on the taskforce, including at least one Master Librarian who is responsible for drafting access queries for pertinent information from the restricted basement archives of the Great Library. They are also available for hands-on experimentation on the island itself, as their Unattunable Disorder also grants them immunity to Calamity.   As questions and new research avenues arise the Goldamings are also quick to augment their team with specialists, and Taskforce-related requests for access to restricted Library archives are always flagged as a priority.

The SSED exists for the sake of discovery and science, to further our understanding of the world and our impact upon it throughout history. The efforts of the Kogal Taskforce personify these goals, and we enthusiastically vow our support and resources towards the noble goal of developing a cure for Calamity.
— Society of Scientific Exploration and Discovery, Official Kogal Taskforce Support Pledge

The sudden and unexpected affliction of Calamity upon Kogal Island provides a unique opportunity to study the magical blight's effects on an entire ecosystem. The SSED was quick to agree to support the Taskforce in exchange for full access to the research and discoveries of all participating organizations. While the scientific group prefers to focus on the past historical events on the island and the immediate ramifications of its current state, their organization of research records has endeared them to the Fillimet Magical Archives while their funding contributions have earned the approval of their fellow organizations.

If you are working with dangerous magics, remember to ask your local Librarians for help.
— Trima Solas

As the largest organization of professionals exhibiting Unattunable Disorder, the Librarians have proven an asset to the Taskforce. Only the Unattunable may safely remain on Kogal Island for an extended period of time, allowing them to arrange equipment or other key items for large or complex experimentation upon the island.   The Taskforce is only officially assigned one Master Librarian at a time, although multiple Librarians in training may be found on site.

If magic caused the problem, it is logical to hypothesize that non-magical means can help solve it.
— Rudy Torvik

Though small in number, the members of the Herbs are Healing Movement maintain big dreams in solving problems through the use of natural remedies. They do not maintain a regular physical presence at Taskforce headquarters but frequently send plants via Portal Travel and Airship for use in experimentation upon the island. Most recently, the Taskforce Librarians have planted a large colony of the Imperium-consuming Imperial Night Rose. Their intent is to determine the effect of the Calamity upon the roses, and the roses' effects on the magical corruption of their environment.

The most critical task in any effort is the task of maintaining accurate records for posterity.
— Fillimet Magical Archives

While not an official member of the Taskforce, the FMA has nonetheless claimed the role of record keeper. The SSED regularly provides full updates on all discoveries to the FMA, after each report has been reviewed by the Librarians for potentially dangerous magical details.
Religions & Organizations

I really like this approach to the challenge: a task force with a specific goal in mind. I also really like that you have a variety of types of members: a family, societies and movements, etc.

Thank you! I had a lot of fun planning who would join in on this project. I am glad you enjoyed my list too.

Ooo I love this task force. I hope they can find some reason for the calamity! I love the variety in the members. <3

Scientific task force, awesome! Love the approach of the article, and the quotes really help the article come to life.

[quote]this was a result of the Society of Scientific Exploration and Discovery covertly resuming their surveillance of the feral dragons despite their coerced treaty to the contrary.[/qoute]   Ah of course, nothing like breaking a treaty to cause a massive disaster! This was a good touch of history to contextualize how this entire taskforce was important. Seeing the number of different organizations coming together to fight this corruption is impressive, as well as how you gave each of them relations with the main objective and how they play a part.   Well done.