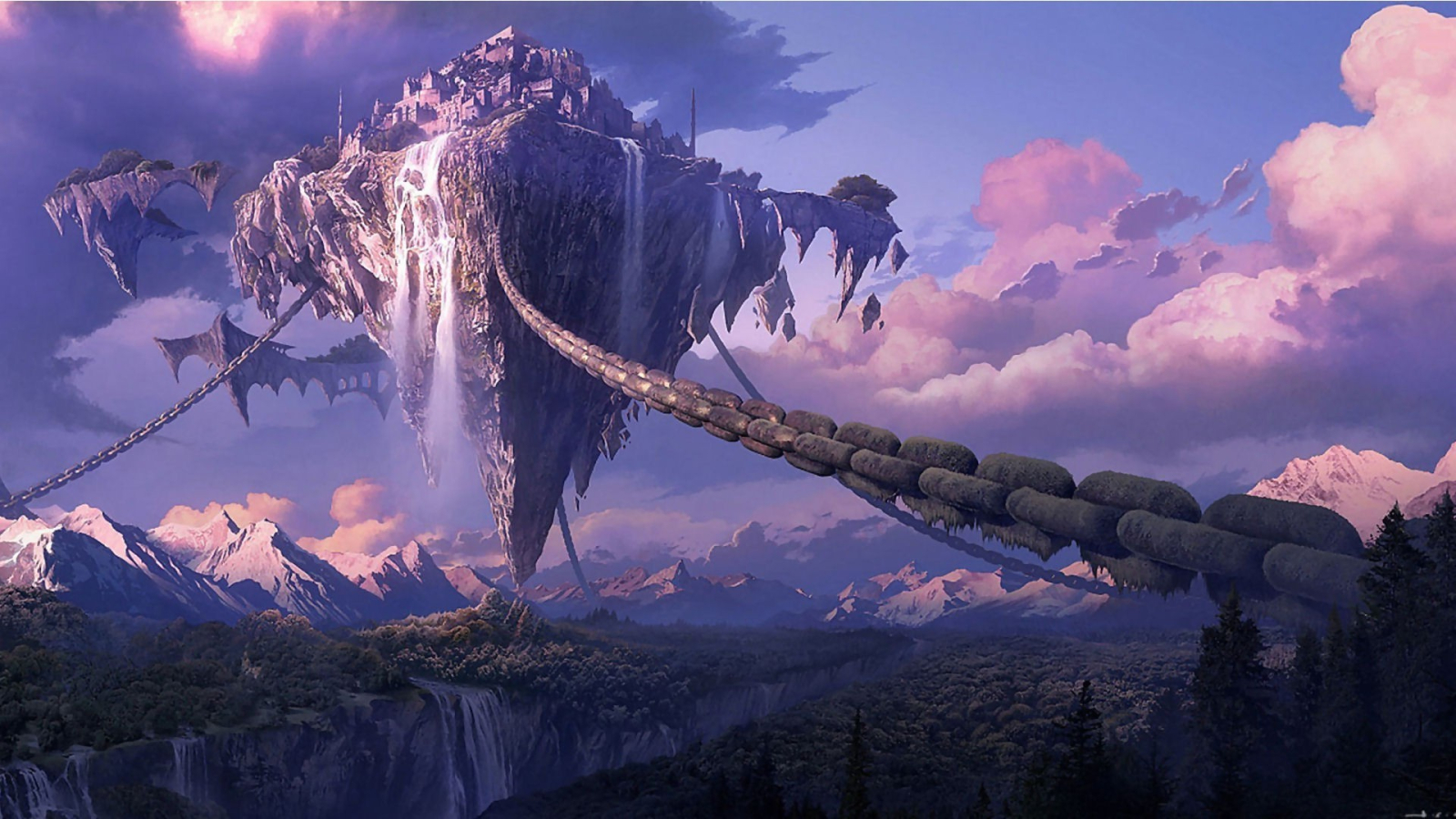 Allard van der Willik
Long ago, this world was one of tumultuous and chaotic forces. Naught but unbridled fires, and churning, sawlike rock made up its substance. Through the ashen skies of Creation Primordial, the gods came from beyond the ether, new and formless. Looking upon this roiling realm, they saw potential for great beauty, great strength, and the chance to learn their own place in creation. Thus, divine hands formed the First Children, the elves, created with physical grace reflecting the gods’ own divinity, to walk the verdant lands and know the music of the blue skies. A second creation was wrought—the dwarves, a hearty people intent on taming the land, filled with the craft and invention of the divinity beyond the ashen void. A third people were given life: the humans, endowed with hearts of passion that burned as brightly as their spans of life were short, filled with the celebration and laughter of the hands creating them.   Other creations followed as the many races of Exandria were given form from the boundless inspiration the protean gods expressed. These Children of Creation walked the land, and as their knowledge grew they attempted to build. But the land was fierce and treacherous, and the children were largely dashed and consumed by the elements. Sorrow filled the hearts of the gods while these first races continued to struggle against a land that did not want them. The Children looked to their creators for guidance and protection. The gods gave to them gifts, lending their own power to their children to create and shape the world around them; these were the first divine magics. Thus, the various peoples began to learn how to bend the angry earth to their will: to temper the fires that burst through, to tame the floods that threatened their abundance, and to foster seedling into fruit and beast into meal. Language became commonplace, culture was born, and governance replaced anarchy.   The Protean Creators, the divinity beyond the ashen skies, saw progress and saw that it was good, yet fragile and in need of guardians. So were born the First Protectors: The Dragons Metallic. These Protectors watched over the fairer races. The realm grew quieter, the people expanded, and new races were given form and life. As culture grew, and the people further understood the world around them, they too looked up to their Creators and gave them worship, gave them form, gave them title, and purpose.   But this realm did not wish to be tamed. Quaking cliffs roared in defiance. Seas swelled and swallowed. Flames erupted from underneath the lands. Beneath the elements, unknown to the Creators beyond the ashen skies, lived ancient beings who had already taken this world as their home: the Primordials. These great Elemental Titans that once dwelt deep within the land now rose from their unseen domain to sunder the land once more. The gods watched as their children—their joy—were largely dashed against the broken rock or fed to formless terrors unleashed in the wake of the destruction. Demonic entities spilled from the umbra of the Abyss to feast on the carnage, called forth by the violence and released to pick the carrion clean. Some gods were so full of grief and anger they wished to abandon this world for another, trying to convince their divine kindred to join the Primordials in reclaiming the realm for chaos so they could move on to start anew.   Others of the Creators wished to remain and subdue these native Primordials, to tame the land for the sake of their creation and joy. This caused a divide among the gods. Some left the family of the Creators to give into madness, joining their song and sword to that of chaos and destruction, taking and twisting their children in the image of their intent. Celestial sentinels locked into war with the chaotic forces of the Abyss fell to hate and tyranny, forging the Hells under a fallen angel now claiming lordship. The remaining Creators, wishing to salvage their home, their creations, and their realized selves, were forced to take up arms and learn new methods of protection to defend the faithful among their creations.   These gods are referred to as the Prime Deities. They organized their followers and taught them how to draw from the very powers of creation: to build, to change, and to destroy, all for themselves and without the aid of divine power. Creation learned to defend itself through practices such as alchemy or by autonomously bending the very fabrics of existence, though not on the scale of the gods’ works. This gift was the knowledge of the first arcane magics. With these newly granted capabilities, the good children drove away their traitorous kin, banished the Betrayer Gods to their own prison-like planes, and ultimately destroyed the Primordials while scattering the chaotic elements to their own planes of existence just outside of this one.   Peace finally blanketed the world for the first time since creation, and the first real civilization took root and grew into a grand city called Vasselheim. The Cradle of Creation. The Dawn City. Culture developed anew, the races ventured beyond to explore and discover their own lands, and great music filled the air to give name to this world once and for all: Exandria.
Tweet

Muscular Goliath living by an Oath of Storms (Paladin), insists on fair play, and is loud enough to balance out the rogue.

Grew up in the wild with his mom and wolves. Strong hairy man, who can take on the shape of a wolf. the pack is everything, nobody leaves it without consequenses!