Atikus. That’s his name. At least what he calls himself now. He used to be known as Devotion. As a young boy, his mother and father were the duke and duchess that ruled over the city of Ferristead. They were notoriously deceptive and despised rulers. When he was very young, the people of Ferristead revolted and seized the castle walls to kill the duke, duchess and their little runt of a son. Nobody knows how Atikus survived, and made it out. When people ask him how he never answers.

Atikus' main motivators are his desire to be remembered, and enacting vengeance on those that sought to have his parents killed and him chased out of his life of luxury. 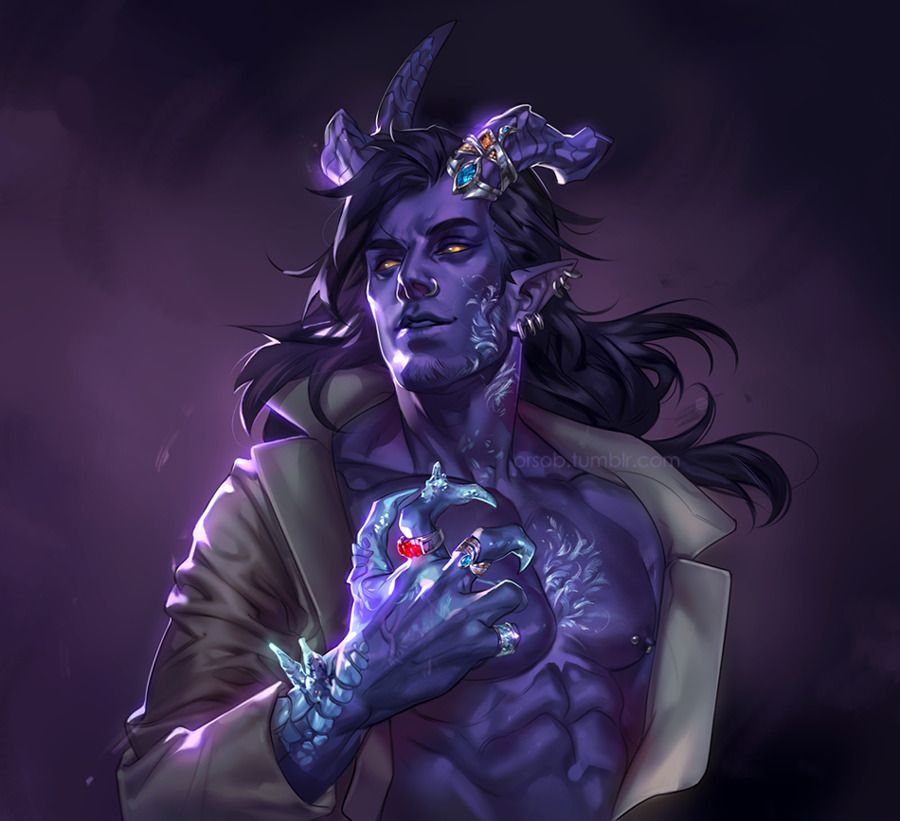 Atikus, a roguishly handsome tiefling, once nobility now disgraced has turned to a life of crime.