The pea shanklet fungus is endemic to the wet, arable land of southern Kaien. Despite its deceptively diminutive size, this fungus is capable of destroying whole fields of crops if farmers are not proactive in keeping it under control. It has been responsible for at least two major famines in recent Kaienese history.

Whilst the visible mushrooms themselves are tiny, the entire organism that makes up the pea shanklet fungus can grow up to a mile wide. A single spore, once it germinates, sends its mycelium network rapidly in all directions. This network can spread several feet in just one day.   On one hot, humid day towards the end of summer, thousands of mushrooms erupt from the soil across the area. These fruit bodies last only a day before releasing their spores and withering.

The caps of the pea shanklet mushroom are small, generally growing to no more than 1cm in diameter. They are a shallow, convex shape that are reminiscent of the lens of an eye and a pale, pastel green in colour. The flesh is soft to the touch and slightly powdery in texture.

The gills of the pea shanklet mushroom are a slightly darker shade of green than the cap, straight, and closely crowded together. The grooves of the gills can appear extremely shallow and, in some specimens, are barely visible at all. They are entirely attached to the stem.

The stem of the pea shanklet mushroom is skinny and dark green, generally growing up to 2cm in length. Often the stem is slightly curved, resembling a new shoot emerging from the ground.

The pea shanklet mushroom is highly bitter to taste and mildly poisonous. Touching the caps leads to painful blisters on the fingertips, whilst those foolish enough to ingest the mushroom suffer burning pain in the mouth, throat, and stomach. These symptoms generally last several days. 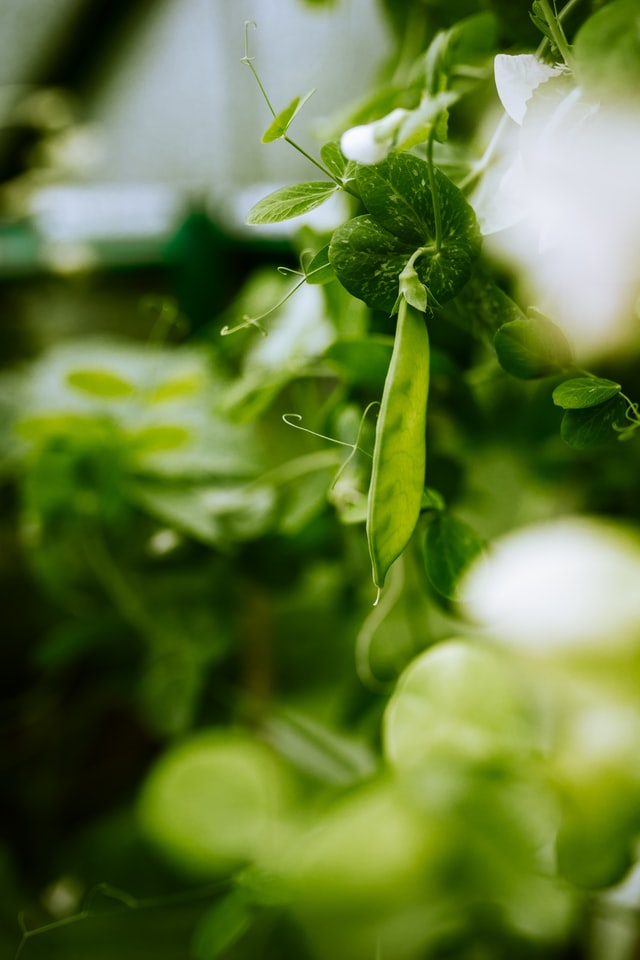 Edible?
No
The pea shanklet fungus grows only in the country of Kaien on the continent of Caia. It prefers the damp, fertile soil of southern Kaien, sheltered by the mountains of the Teeth. It is a parasitic species, existing in tilled soil where crops have been planted. The mycelium forces its way into the structure of the other plants, stealing nutrients from the growing crops to accelerate its own rapid growth.   Despite first being identified in a field growing peas, the pea shanklet fungus more commonly targets grain crops such as wheat, barley, or rye. 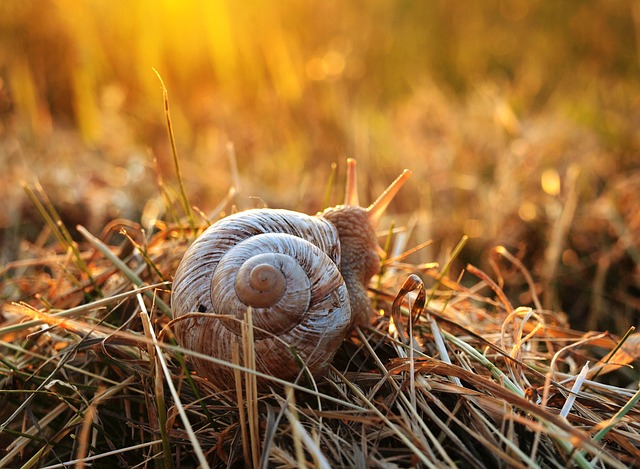 The pea shanklet fungus has been responsible for two large-scale famines in southern Kaien, one in 5056 EA and one in 5289 EA. It is also believed to be responsible for several in the more distant past, though contemporary sources do not contain clear evidence.   To counteract the risk of further famine, farmers in Kaien began to cultivate the field snail, a mollusc that had been observed to burrow into the soil and feast on the mycelium of the pea shanklet. The majority of farms in southern Kaien maintain a small building for keeping and breeding the snails. At the beginning of the growing season, these snails are released into the fields to serve as a natural control for the fungus. At the end of the harvest season, the children are sent into the fields to dig up the snails. A thick snail soup known as rusan is an integral part of the close of the harvest.
Agarics of Caia

Nice article :D I love that you've got mushrooms eating snails and that people use them to protect their crops!

I love the snails <3 Thank you!

Once again, this article is perfection.

Lovely article, I liked the snails but the snail soup... Bleurgh!

omg this one causes FAMINE and devours crops by the MILE - what a terrifying tiny mushroom!

Terrifying tiny mushroom with an adorable name! D: Thank you <3

Ah, the dark side of mushrooms - the part where they starve us. I love the cultural aspect on the end, and the snail soup part just seem really cool. It's something I could really see happen. Very well done as always :D

Thanks, Q! :D I really like how all the cultural stuff just fell into place with this one. :)

Sometimes a fungus is not scary for its toxicity, but the effect it has on its environment. Excellent job!!

Oh my gosh, how do you do it? How do you keep me so interested in mushrooms, which totally gross me out?! You, Dr. Vair-Turnbull, are magic!   Also, field snails are my heroes now.

Best snails! <3 Thank you. I'm sorry they gross you out!

I like this kind of stuff. A fictitious, yet recognizable thing that causes similar pressures to things we might find in the real world. Reminds the reader that this is not our world, but it is still a world of people with normal people problems.

Thank you! :D That's really what I want to get across with my world. :)