At some point, every faith must purge an infestation of Ma. Because one of the Parasite of Prayer's most virulent tools is Ma's answer, it is usually fought in secret, by Clerics and Paladins with ears shut to the world.
— Brother Lavant

The Shadow of Ma can fall on any divine channel; temples, sacred spaces, and individuals of great faith. Once shrouded, the Parasite of Prayer begins to steal worship, which most deities perceive as a renunciation. Clergy, whose worship Ma consumes, quickly realize something is wrong when their divine powers no longer return with their daily prayers. Those who commune with the Parasite of Prayer always succeed and learn Ma's answer, gaining the Spiritual Nullity curse.   After learning Ma's answer, some choose to continue worshiping the Parasite of Prayer. Though the traditions of their faith no longer have a spiritual significance to them, they generally continue adhering to their tenets, using their old vestments and holy symbols, even intoning now meaningless prayers. Temples, where they hold services and share Ma's answer to spread Spiritual Nullity, are preserved as they were before Ma's eclipse. This is how the Plague of Lies spreads, growing more potent over time.

Traits of followers who seek Ma's answer:
Most worshipers of Ma, especially in the beginning, don't know it. They know that something feels different about their relationship to the divine, but they can't explain how. Their relationships with other people become tumultuous and constant feelings of uncertainty incline black-and-white thinking.   Before learning Ma's Answer, the seeker has a question they can't articulate and a burning desire to know the answer. Until then, everything matters less than it used to and are only distractions.

Traits of Nulls, those who know Ma's answer:
For people who use divine power, prayer feels like a conversation with someone who is silently listening. However, after knowing Ma’s answer, prayer feels like talking to an empty room.   After becoming Null, followers continue to practice the prayers and traditions of the deity that previously received their worship, even using their old holy symbols and vestments. They see signs of ill omen everywhere, and suffer a bursting desire to spread the madness invading their sanity, or be overwhelmed by the pressure. The Parasite spreads from the Null to new hosts.

Descenders are horrific aberrations formed when Ma has feasted upon an area for an extended period of time. Descenders take the form of priests, or religious sects to goad commonfolk in the area into blind worship.   At times, Descenders may reveal their true appearance to frighten commoners, before reverting and sowing doubt. This tactic tricks the blind into praying for aid at a frenzied rate, increasing Ma's strangle of the area. Once Descenders are uncovered, the only known tactic to cleanse the Parasite of Prayer is complete eradiction. Everything must be purged, without the aid of deities or prayer.
Divine Classification
Null
Conditions
Honorary & Occupational Titles
Parasite of Prayer, Plague of Lies
Children
Current Residence
Nothingness
Appears in... 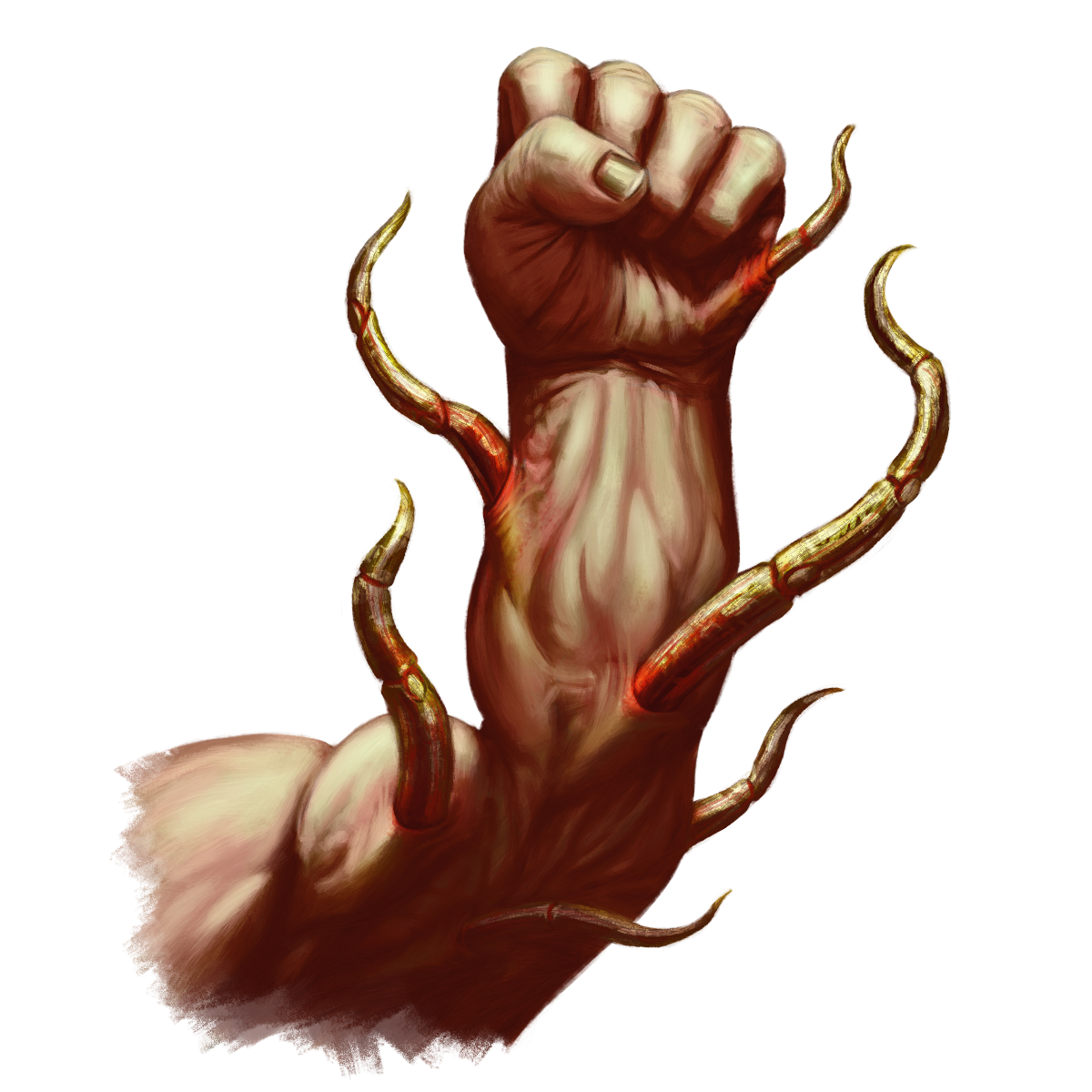 Curse: Spiritual Nullity
Once you've learned Ma's Answer, you cannot be effected by spells or other supernatural effects of a divine origin. You cannot use them either. After becoming infected with Spiritual Nullity, you are highly susceptible to Umbra Malady.   Once per 24 hours, roll a d20, succeeding on any result under your Intelligence attribute. If you succeed, everyone who hears you gains the Spiritual Nullity curse, thus spreading the the effect of not being able to be use or effected by spells of a divine origin. The Parasite spreads.
The Null
Join Erenel Discord!
A special thank you to all of Gamingbrew patrons, friends and family who make this possible.
A big thank you to Wizards of the Coast for the Open Gaming License and allowing a writer the chance to chase his passion. The Erenel Fictional Universe is presented under the OGL rules for 5th edition. All content and images, unless otherwise credited, copyright ©2022 by Gamingbrew Media, LLC.
All Rights Reserved.
Open Game Content: Except for material designated as Product Identity, the game mechanics of this Gamingbrew product are Open Game Content, as defined in the Open Gaming License version 1.0a Section 1(d). No portion of this work other than the material designated as Open Game Content may be reproduced in any form without written permission.