Is it just me, or did you notice our Brother of the Word acting strange today during his sermon? Roar's Rememberance is a week away, but we prayed for light’s guidance with such enthusiasm. Has the church upset Rezmir?
— Farmer leaving Sulnarya worship


Descenders are horrific aberrations formed when Ma, Parasite of Prayer has feasted upon an area for an extended period of time. Descenders take the form of priests, or religious sects to goad commonfolk in the area into blind worship. At times, Descenders may reveal their true appearance to frighten commoners, before reverting and sowing doubt. This tactic tricks the blind into praying for aid at a frenzied rate, increasing Ma's strangle of the area.   Once the corruption has caused Descenders Priests to form, the only known tactic to cleanse the Parasite of Prayer is complete eradiction. Everything must be purged, without the aid of deities or prayer.

A twisted being of nightmares, descenders slightly resemble humanoids with leathery skin and webbed tentacles that grow and twist in every direction. No two descender look alike as the chaos of their creation is visible in a nauseous way.

Once Ma has begun to siphon from an area Descender Spawn begin to form, using their Shapechanger ability to hide amongst the populace sowing doubt. Descender Spawn lay the foundation for more powerful void aberrations, like the Chosen Descender, to materialize.   After Ma has feasted long enough to materialize Chosen Descenders, her stranglehold is extensive. Commoners know something is not right but do not understand why their luck has changed, and their deity has ceased to listen. They begin to see what they believe are hallucinations, tactics by the Descenders to push commoners into a more frenzied state of manipulation.   The long term effect of Ma consuming an area is known when she has enough sway to materialize a Descender Priest. These dominant aberrations are masters of populace manipulation. They skillfully tear down the fabric of society while secluding community leadership, allowing Ma to devour all hymns, prayers, and chants calling for aid. Once a Descender Priest is born, Ma is in full control, spreading like a parasite across Erenel.
Scientific Name
Aberration
Origin/Ancestry
Willed into existence by the Parasite of Prayer after feasting.
Geographic Distribution

The Parasite of Prayer 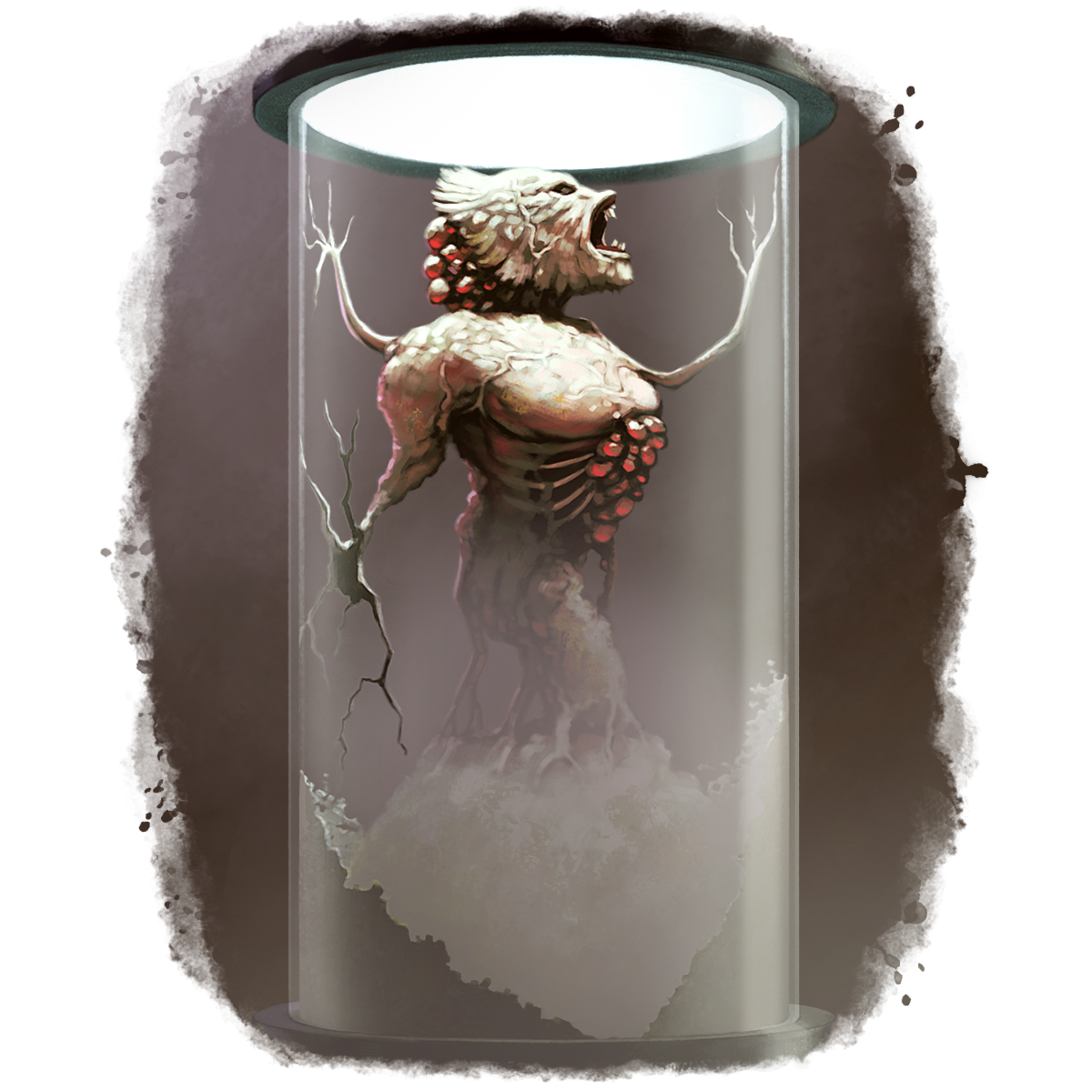 The Descender Spawn can use its action to polymorph into a Small or Medium humanoid, or back into its true form. Other than its size and speed, its statistics are the same in each form. Any equipment it is wearing or carrying isn't transformed. It reverts to its true form if it dies.

The Chosen Descender can use its action to polymorph into a Small or Medium humanoid, or back into its true form. Other than its size and speed, its statistics are the same in each form. Any equipment it is wearing or carrying isn't transformed. It reverts to its true form if it dies.

The Chosen Descender constantly whispers to itself while in its true form. Creatures that start its turn within 20 feet of the Chosen Descender must succeed on a DC14 Wisdom saving throw. On failure, the creatures movement speed is halved until the start of its next turn.

If the Descender Priest fails a saving throw, it can choose to succeed instead.

The Descender Priest can use its action to polymorph into a Small or Medium humanoid, or back into its true form. Other than its size and speed, its statistics are the same in each form. Any equipment it is wearing or carrying isn't transformed. It reverts to its true form if it dies.

The Descender Priest makes three tendril attacks. The first of these attacks that hit each round deals an extra 26 (4d12) psychic damage to the target. Included in the attack below.

The Descender Priest summons a Descender Spawn which materializes within 30 feet of it in an unoccupied space it can see. The Descender Span vanishes when it drops to 0 hit points or when its summoner dies.

The Descender Priest moves up to its speed without provoking opportunity attacks.

The Descender Priest lets out an otherworldly wail. Any non-aberration within 120 feet of the Descender Priest that can hear the wail must succeed on a DC17 Wisdom saving throw or gain 1 level of Insanity. Creatures affected in this way can only gain 3 levels of Insanity from an indvidiaul Descender Priest every 24 hours.
Monsters
Join Erenel Discord!
A special thank you to all of Gamingbrew patrons, friends and family who make this possible.
A big thank you to Wizards of the Coast for the Open Gaming License and allowing a writer the chance to chase his passion. The Erenel Fictional Universe is presented under the OGL rules for 5th edition. All content and images, unless otherwise credited, copyright ©2022 by Gamingbrew Media, LLC.
All Rights Reserved.
Open Game Content: Except for material designated as Product Identity, the game mechanics of this Gamingbrew product are Open Game Content, as defined in the Open Gaming License version 1.0a Section 1(d). No portion of this work other than the material designated as Open Game Content may be reproduced in any form without written permission.