The Erenel site is undergoing major changes and lore updates. Please note only articles listed in the Gamingbrew Discord are finalized. All other articles should be considered outdated lore.
As the P.R.I.M.U.S spoke, mechanical automatons began materializing across Erenel. Their purpose remains unknown, as entering Erenel and being exposed to the Bond seemingly short circuited their memory. These once mindless constructs now foster emotions and unique personalities while searching for a purpose and answers to their existence.
All Exiles are painfully aware they are nonliving constructs suddenly gifted the ability of emotions and freedom of thought. These philosophical implications of their existence can lead an Exile to many extremes. While they experience pain, fear, hatred, and loss like other races, they appear expressionless if they choose to hide their mechanical eye color’s expressiveness.   Some become emotionally stunted and lack introspection. Others consider what it means to be alive, diving into philosophies and considering whether or not they have a soul. Searching for answers, hoping to find meaning connects an Exile in a familiar way to the world.   Everyday comfort for an Exile is a dedication to a purpose, no matter how mundane or exciting. Goals and chores allow the monotonous sequences of tasks to remove idleness and harkens back to their life before. An Exile will take great pride in mundane tasks other races despise, instilling passion in ongoing work.

Humanoid in shape, Exiles are mechanical golems covered in an armored exterior that varies in a wide range of colors. Underneath their protected frame lies an organically influenced internal network of tubes, mimicking organs, circulatory and nerve ending systems. A black bloodlike fluid flows in the pipes, acting as lubrication and causing the Exile to appear to bleed black blood when damaged. Contrary to popular belief, an Exile can feel pain when they “bleed.”   Exiles have simple humanlike features and mechanical eyes that glow depending on their emotions. Over time, they can learn to hide their feelings if they choose and have learned to “lie” after being exposed to the other races of Erenel.

Exiles do not reproduce. Occasionally an Exile will materialize randomly on Erenel with no rhyme or reason for the occurence. When an Exiles materializes, they are genderless with some choosing to adopt a gender. Even though they do not reproduce, the benefits of shared companionship are not lost to the Exile.

Exiles don’t need to eat, drink or breathe but can ingest food and drink if they wish. Also, Exiles do not sleep but must enter 4 hours of dreamless inactivation every day. As a result, it is not uncommon to see an Exile watching over their allies as they sleep, fascinated by the thought of what they dream of.

Glitch is a language commonly spoken by Exiles which consists of a set of beeps, buzzes, whines, and whistles strung together into what resembles sentences. Those not affluent in Glitch have come to understand that a whistle ascending in pitch means yes or positive while one descending in pitch was no or negative.
Lifespan
Exiles exist indefinitely. Unfortunately, they slowly degrade and lose their sanity after being apart from their creator. The degradation begins around the 200 year mark with all sanity lost around 250 years.
Average Height
5ft - 7ft
Average Weight
150 - 300 lbs 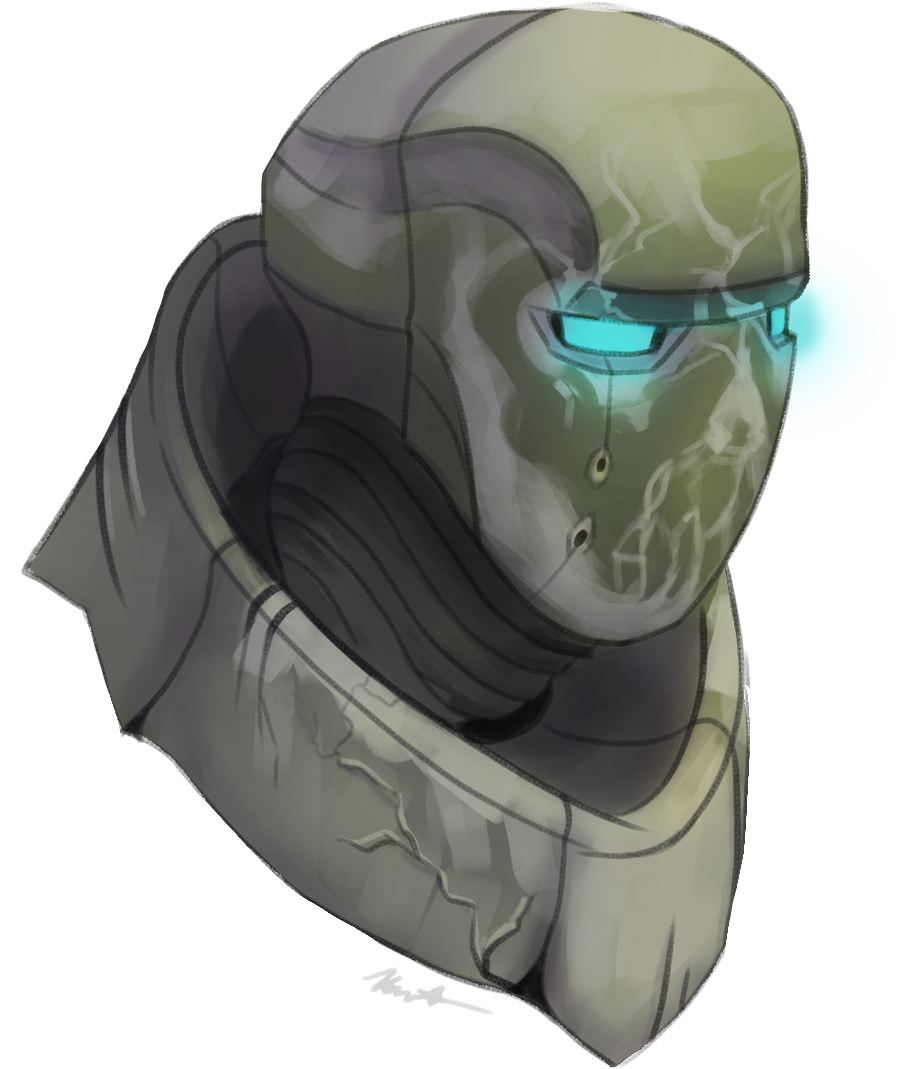 Your Exile character has a variety of natural abilities common with your ancestry.
Available only for Gamingbrew Patrons. If you are a Patron the sub race will appear below. Support Erenel
Exotic Races
Join Erenel Discord!
A special thank you to all of Gamingbrew patrons, friends and family who make this possible.
A big thank you to Wizards of the Coast for the Open Gaming License and allowing a writer the chance to chase his passion. The Erenel Fictional Universe is presented under the OGL rules for 5th edition. All content and images, unless otherwise credited, copyright ©2022 by Gamingbrew Media, LLC.
All Rights Reserved.
Open Game Content: Except for material designated as Product Identity, the game mechanics of this Gamingbrew product are Open Game Content, as defined in the Open Gaming License version 1.0a Section 1(d). No portion of this work other than the material designated as Open Game Content may be reproduced in any form without written permission.