Written by Iyenano
The Ascended serve as a collective of individuals seeking to manufacture, utilize, and promote the technological advances that have sprung from the arrival of the P.R.I.M.U.S. Seen as radical by skeptics and scholars alike, this assembly believes that technology is the key societal progress Erenel needs.

The Ascended is a radical mass collective of inventors, adventurers, and philosophers who look to the P.R.I.M.U.S. as inspiration for what the future could become and seek to promote that future in any way they can. Those within the Ascended aim to better their lives with clockwork machinations and often affiliate with P.R.I.M.U.S. devotees so that they can learn from their discoveries. Some Ascended will even go as far as to augment their bodies with contraptions of all sorts to enhance their capabilities and break past limitations.   Many of the extreme views of Gear Priests tend to bleed into the Ascended as well. The zealots of the P.R.I.M.U.S. speak of abandoning the gods of Erenel for a greater purpose, causing other religious organizations to label them as heretics. As such, different Ascended flock to the Scabbard Wastes to continue their work unimpeded.

P.lanar R.eformation I.nference M.odule U.tility S.ystem
A sentient construct known as the P.R.I.M.U.S. has recently been uncovered in a titanic mechanical vault. Upon reactivation, the P.R.I.M.U.S. claimed to be from another universe, lead by the Architect Sal'uthiri, and spoke of the consequences of tethering into a dead Architect for personal gain.   It claimed, magic is chaos, and by this logic, order could not be achieved without its eradication. The P.R.I.M.U.S. now lies dormant, its power sourced removed.

As the same with the tools of an artisan, the four major groups that make up the Ascended all act as instruments that further the goal of advancing Erenel.

These inventors and tinkerers try to conjure clockwork inventions that attempt to shape society in Erenel for the better. Idealist in their ways, Integrators often spend more time finding out whether or not they can to determine whether or not they should.

Inheritors take a more personal approach to utilizing the newfound technology. They enhance themselves with mechanical augmentations to push the boundaries of what flesh and blood is capable of.

Some artists, scholars, and philosophers will capture the essence of this rapid change in their artistry and conjecture. Visionists are responsible for providing direction and guidance for this potential technical future. 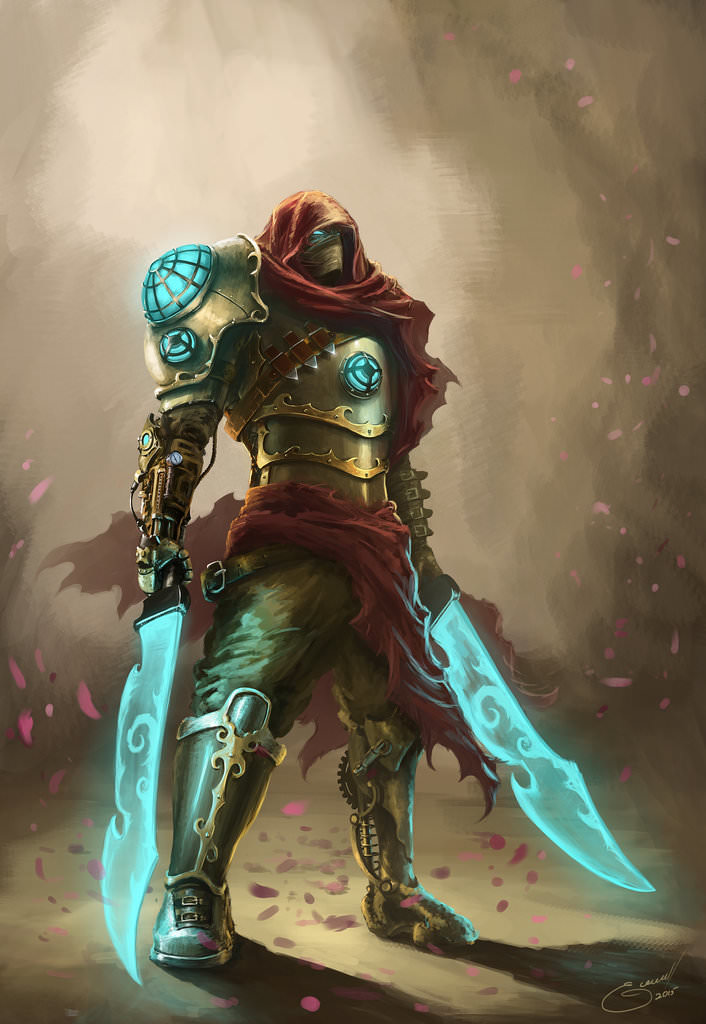