The Erenel site is undergoing major changes and lore updates. Please note only articles listed in the Gamingbrew Discord are finalized. All other articles should be considered outdated lore.
Yig Nachal, the Thousand Eyed Spider, gazes deeply at Erenel from the Black Sea of Void. Often mistaken for a Spider God by the ignorant, Yig Nachal has held an interest to Erenel even before the Great Sacrifice. The Thousand Eyed Spider is thought to be the most aggressive of the Null. However, this belief is often attributed to the ease of finding traces of Yig Nachal in a community.   Typically documented accidentally, dust-covered tomes speak of strange occurrences involving eyes found growing across the brain of the deceased. The true motives of a Null are generally unknown, for who can adequately understand an aberration of madness. But with Yig Nachal, the motive seems ingrained in his babbling cultists - weave the oculus web so they can truly see.   A terrifying string of new documentation has recently leaked from the Royal College. Over the past decade, more and more beasts have been found with varying amounts of eyes growing across their brain and brain stem. Recently more unfortunate beasts have been seen with their brain hemorrhaging and bursting from their skull, acting incoherent and violent. The only remedy seems to be detaching the brain from the body.

Traits of followers who seek Yig Nachal's truth:
Worshipers of Yig Nachal are scholars, magic users, and beings of intelligence who muse over discovered knowledge. These individuals dedicate their lives to learning; nevertheless, a single defining moment leads to drawing the gaze from one of the thousand eyes.   Followers often only realize they are devoted after months of cruelty and sociopathic behavior hidden amongst goal-oriented learning. With the understanding that Yig Nachal is wise beyond belief, they ready themselves for an administered truth – to truly see.

Traits of the Oculus Web, those who know Yig Nachal's truth:
To awaken their mind to umbra knowledge, worshipers begin the painful and enlightening "Oculus Web". Small eyes begin to open across the brain and brain stem leaving the follower in excruciating pain with each blink. It’s as if a direct link from the attentive Yig Nachal to the worshiper is created with each emerging eye.   After enough eyes are open, the truth slowly becomes apparent. Knowledge acquired alone is meaningless, but when the strands are woven together into a web, supreme consciousness is attainable for all who help stitch. The Oculus Web, woven by Yig Nachal from the souls granted eyes to see the hidden webbing, allows each follower to be something bigger than themselves. Everlasting.
Divine Classification
Null
Conditions
Honorary & Occupational Titles
Thousand Eyed Spider, the Writhing Oculus
Children
Current Residence
The Nothingness 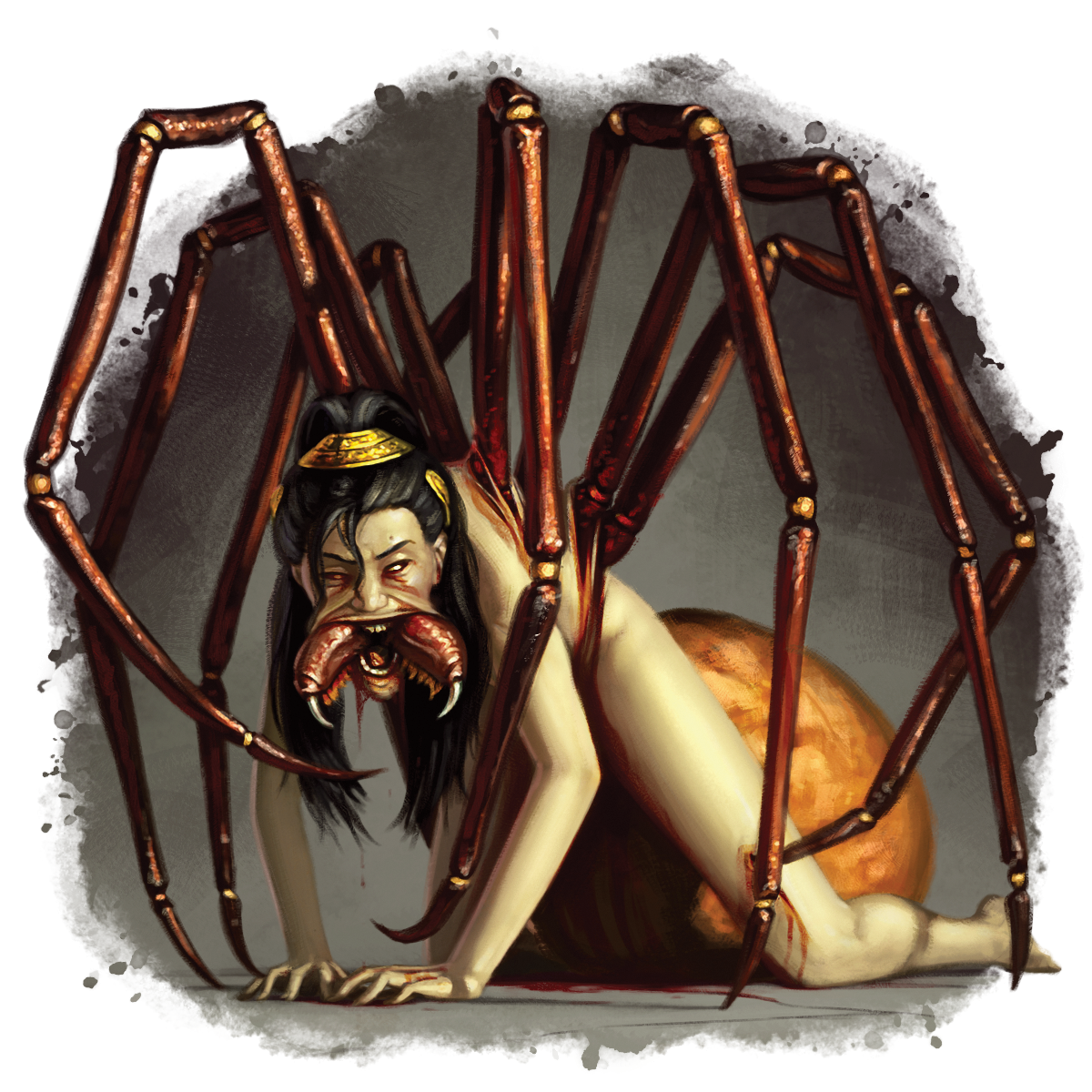 by Dean Spencer
The Null
Join Erenel Discord!
A special thank you to all of Gamingbrew patrons, friends and family who make this possible.
A big thank you to Wizards of the Coast for the Open Gaming License and allowing a writer the chance to chase his passion. The Erenel Fictional Universe is presented under the OGL rules for 5th edition. All content and images, unless otherwise credited, copyright ©2022 by Gamingbrew Media, LLC.
All Rights Reserved.
Open Game Content: Except for material designated as Product Identity, the game mechanics of this Gamingbrew product are Open Game Content, as defined in the Open Gaming License version 1.0a Section 1(d). No portion of this work other than the material designated as Open Game Content may be reproduced in any form without written permission.