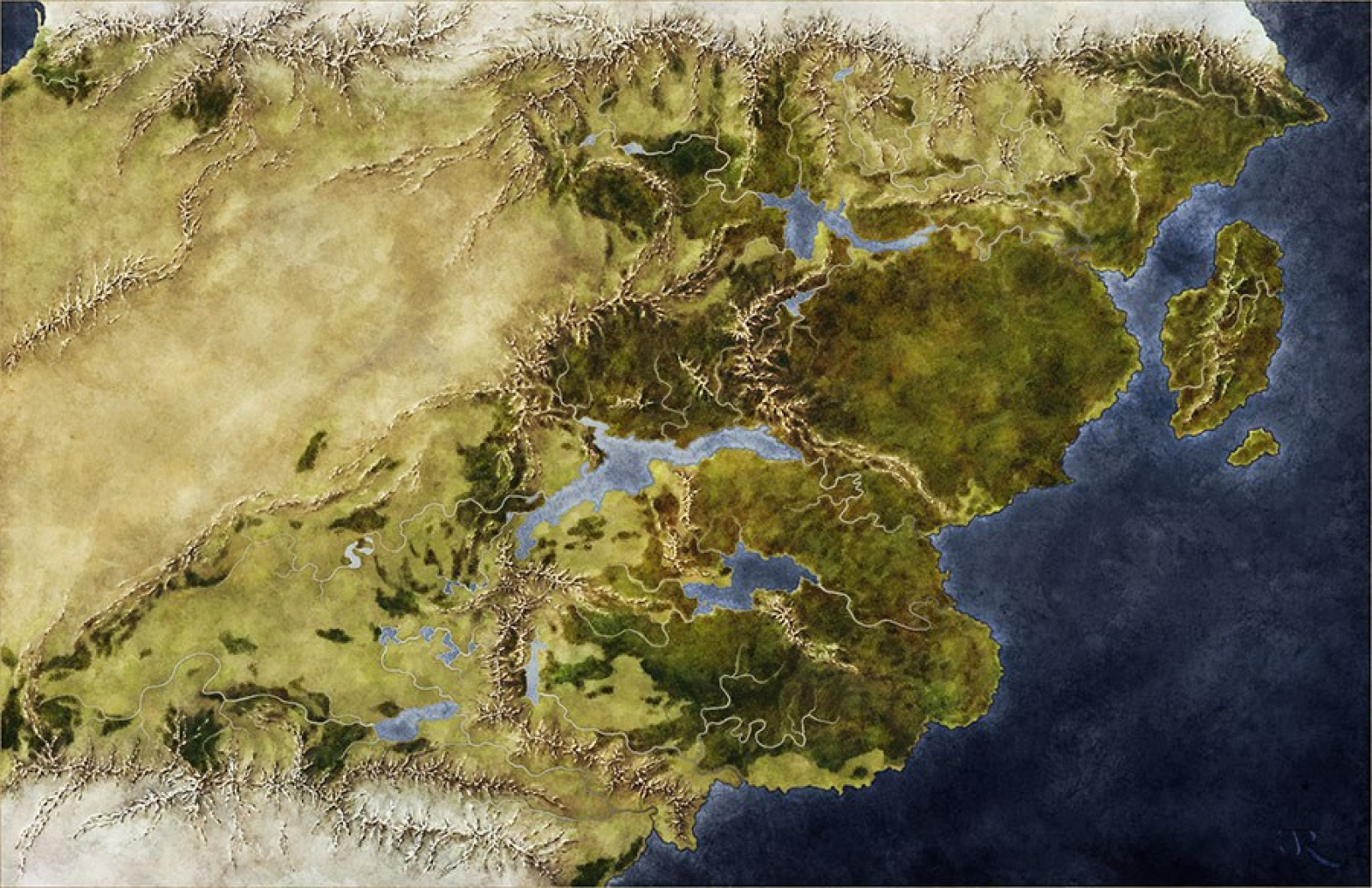 The 3rd Sun of Latest Nights

Solcantor
The world of Elantra is an unforgiving landscape with mostly vast open Desert dunes. The 8 major cities Elantra are: Porto, Engan, Ylistre, Grynfall, Oasis, Rift, Lorkan and Tirisfall. With over 60% of the World being undiscovered, the major cities are in dire need of Cartographers, adventurers and explorers. The Wildlands is the oceanic part of Elantra where a pirate nation known as the Doom Serpents reside: Any cargo that must pass through the Archipelago must either surrender their cargo, or pay a large "protection" fee to stop the pirates from mass murdering everyone on the ship, and stealing the supplies for themselves.   Life is brute, misguiding and short in Elantra. The various monsters that lay waste in the dunes, the bandits that ravage the already dangerous trade routes, and the armies that wage war between the Ajira and the Karliac alliance never end in stalemate. The Ajira is an alliance that consists of Porto, Engan and Grynfall while the Karliac consists of Ylistre, Lorkan and Tirisfall, they don't attack neutral parties on sight but they also are very wary of them as bystanders. Ajira's specialty is sand sorcery, a newfound type of magic barely about a year old but it seems like they magik wielders have found a use for them and water magic, being mainly Desert cities their water supplies aren't always coming from oasis or springs, as they liked to preserve nature and itself, they take it upon themselves to draw from the limitless Weave to preserve that life-style. While the Karliac's specialty is close quarter magic, not limited to casting spells, they add various illnesses and effects to their weapons via the Weave, but offensive spells aren't their only suit, also considerate of limited resources in the Desert and surrounding environments, the Karliac's abjuration has passed the boundary of ethereal and able to create fortresses on with their various court Wizards and Sorcerers. The War is not of resources, self-preservation, and money, but of an old conflict. While Ajira has many rangers and rogues on their side, they have made sure that they do not go unhindered without at least one or two Signs for Magik for their field. Karliac on the other hand has many knights and all-rounder mercenaries, so for the Magikally-dull, they've constructed Signs as well for them to do to receive a simple spell.   Oasis and Rift are the two neutral cities who's only thing keeping them off the radar of destruction is their mercantile revenue and safe haven from the war. Injured soldiers lay in vacation in Oasis and Rift. Just because these two cities are a safe haven from the war, does not mean mischief happens inside of these. Rumors on Oasis says the Noble family is aiding one of the sides of conflict, while rumors on Rift the Noblemen there are aiding the other. The magik weavers here are no strangers to entertainment and portent magic, as the cities each have a sort of "Last man Standing" and Colosseum styles of entertainment aside from its usual Casino, races, concertos, brothels, taverns, and sports to partake in, do be careful: The Sands have Sharp Ears, and Eyes to Follow.   The Oceans ruled by the pirate nation of Doom Serpents are dangerous, but not because of the pirates. Many creatures lay beneath the blanket of blue sea. The unfulfilled Dead always roam around the treacherous crashing waves and typhoons, sailors that just wanted to come back to their loved ones, traders with a death wish for adventure, adventurers filled with hate in their last minute of their lives. There are rumors in the ports of the city that many widowed women either take action themselves to seek their beloved, or they walked past the sand's footstep to meet with their loved one(s) once more.   The Forests are foreign to many, but those that did not let the shifting sands of the Desert slow their vision of green down soon discovered and settled in a much forgiving atmosphere. Elves, Halfings and most of the lighter framed races live in hollowed out trees or outposts/villages they have created to have a sense of community, while the Dwarfs, Gnomes and stronger built races reside among the mountain-side of the Forest, but some to venture onto back into the outposts and villages, seeking a life away from all they've known. The Swamps in the Forest have much less docile creatures to stick to, but that does not mean the Trees should be Kept Unwatched.

The Bard who Sang Power