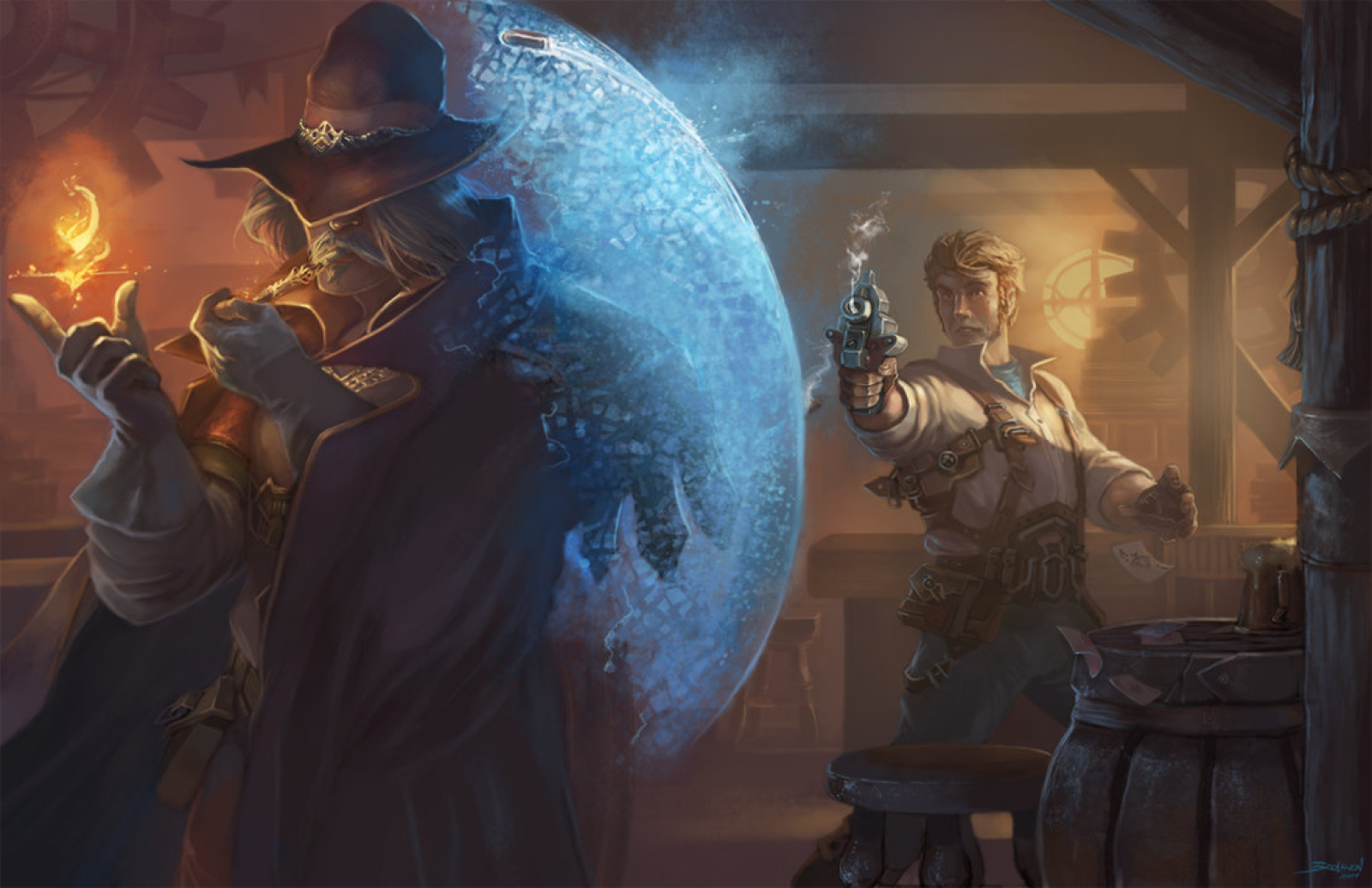 alethian
Welcome to my Eberron Wiki, a wiki about the Eberron campaign setting for the 5th edition of Dungeons & Dragons developed by Wizards of the Coast and Keith Baker.   Eberron is a campaign setting for the Dungeons & Dragons (D&D) role-playing game, set in a period after a vast destructive war on the continent of Khorvaire. When the campaign setting was first published in 2004 for third edition D&D, it highlighted one trait of the setting above all others: its tone. Consider the many settings published throughout D&D’s history. The Forgotten Realms have a tone of epic, almost super heroic fantasy. Dark Sun is post-apocalyptic. Planescape has an air of whimsical-yet-edgy science fantasy. Eberron is pulpy, modern, and cinematic.   Some fans have described Eberron as “dungeonpunk,” just like Blade Runner is cyberpunk or Steamboy is steampunk. It is a society built on the principles of Dungeons and Dragon’s common-yet-miraculous magical powers... with all of the blessings and catastrophes that come with it. Games in Eberron can take place in the dark, rainy alleys of cities choked by skyscrapers, like in The Maltese Falcon. They may reach to far-off foreign lands and focus on the stories of war refugees from the Last War, such as in Casablanca.   If it wasn’t clear, Eberron draws heavily upon film and cinematic action. Whether it’s pulp like Raiders of the Lost Ark or The Mummy, swashbuckling drama like Pirates of the Caribbean, or film noir like The Big Sleep, morally dubious cinematic action is the heart of what I believe to be Eberron’s appeal.   This wiki was created with the intention of creating a customized and readily available repository for the Eberron setting for players in the ZEITGEIST — The Ashes of Khyber Campaign. Though there is already a fan-wiki of the Eberron campaign setting, I encourage my players to only use this wiki as the locations, creatures, and other relevant information will change greatly depending on the demands of the story. Looking forward to playing with you all soon!

ZEITGEIST - The Ashes of Khyber

"You must be ready to burn yourself in your own flame; how could you rise anew if you have not first become ashes?"