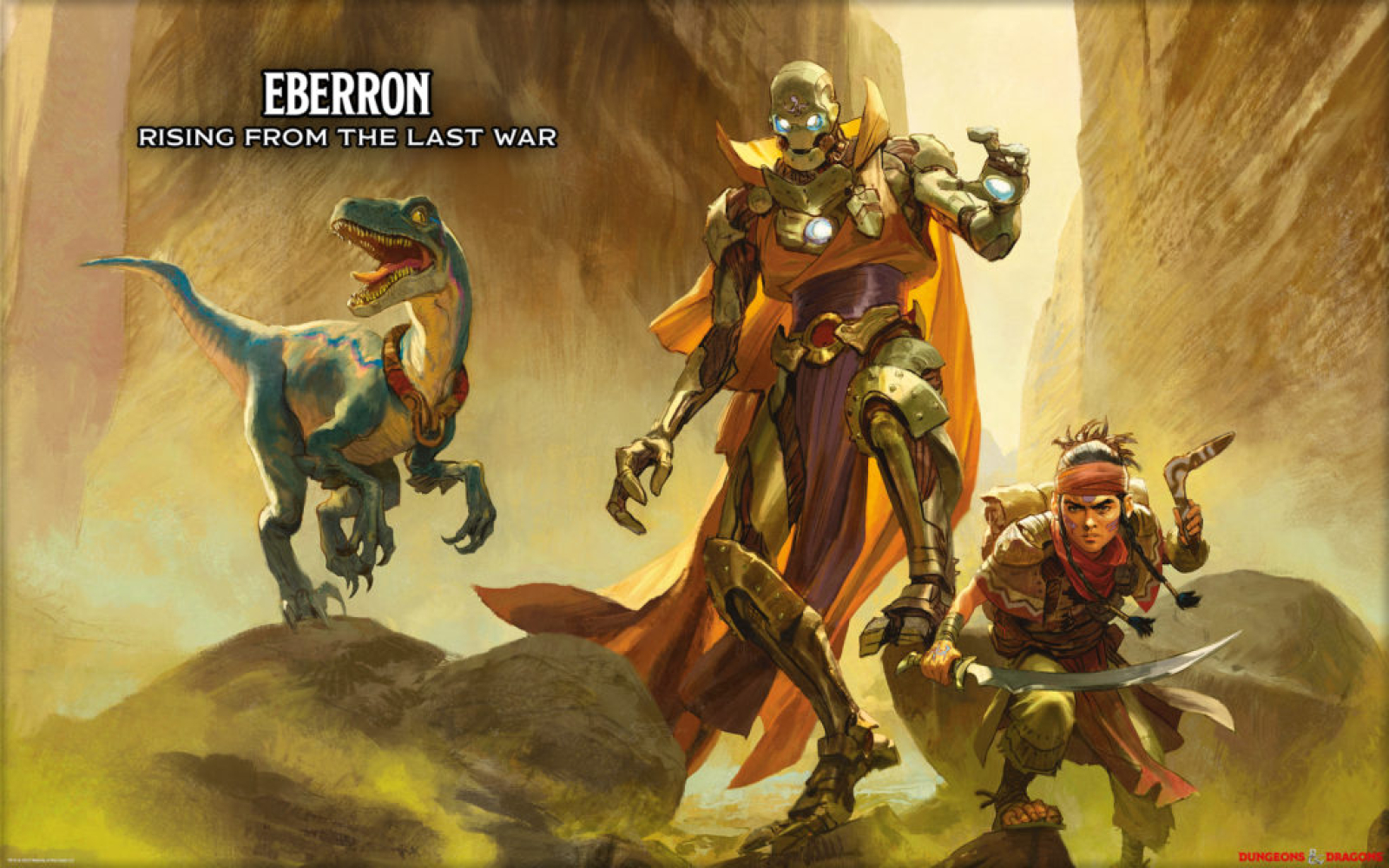 Eberron The Dragon Between

A.T. Alendore
Every child knows the story of the Progenitor Dragons: Siberys, Eberron, and Khyber. In the dawn of time, these three cosmic beings created thirteen planes of existence, each embodying a concept. Their final work was the Material Plane, where all ideas would become manifest: a realm that could know war and peace, life and death, order and chaos. But cruel Khyber sought ultimate dominion over this new reality. She struck Siberys without warning and tore him apart. Eberron wrestled with Khyber and bound the traitor in her coils but could not defeat her. So Eberron became a living prison, a world that would forever contain Khyber’s evil.   Almost every culture in the world shares this story as a myth that explains the world. Shattered Siberys became the ring of golden dragonshards wrapped around the planet, said to be the source of magic. Eberron is the world, the source of all natural life. And Khyber is the Underdark and the source of aberrations and fiends, forever struggling against her bonds and yearning to destroy the world above.   Another tale shared across cultures describes one more conflict that occurred in the first age of the world. Long ago, powerful archfiends known as the Overlords and their armies of rakshasa and lesser fiends dominated Eberron. Forces of light—some versions of the story say the nine gods of the Sovereign Host, others say an alliance of dragons and celestials—eventually defeated the Overlords. But these fiends couldn’t be destroyed; instead, their immortal essences were bound in Khyber. Whatever the true details of this tale, this much is true: if the Overlords ever break their bonds, the consequences would be catastrophic.   Over the course of millennia, numerous civilizations rose only to fall. Giants built mighty kingdoms on the continent of Xen’drik that were devastated by a war with the dragons of Argonnessen. The goblin empire of Dhakaan ruled Khorvaire until its reign was shattered by an invading army of mind flayers, beholders, and the foul creatures that created them. Today these civilizations are known only through the remnants left behind.

Realm of the Sovereign Host

Deaf young adult who was raised by a widow. After she passed of old age, he was tormented by the other children for being "Different" and too soft. In desperation to leave the village, formed a friendship with Rex and left.

Born to a family of 5. She finds her out forced to leave home due to internal conflicts within her family. She cares for others but dislikes people who despite being capable refuse to help others.

- Born to Human Parents, Julia & Karl. Raised in Sigilstar, Thrane. - Due to his parents, Rex loves art in all its expressions. - Joined the Church of the Silver Flame, devoted himself to the teachings. Zeal Vs Understanding