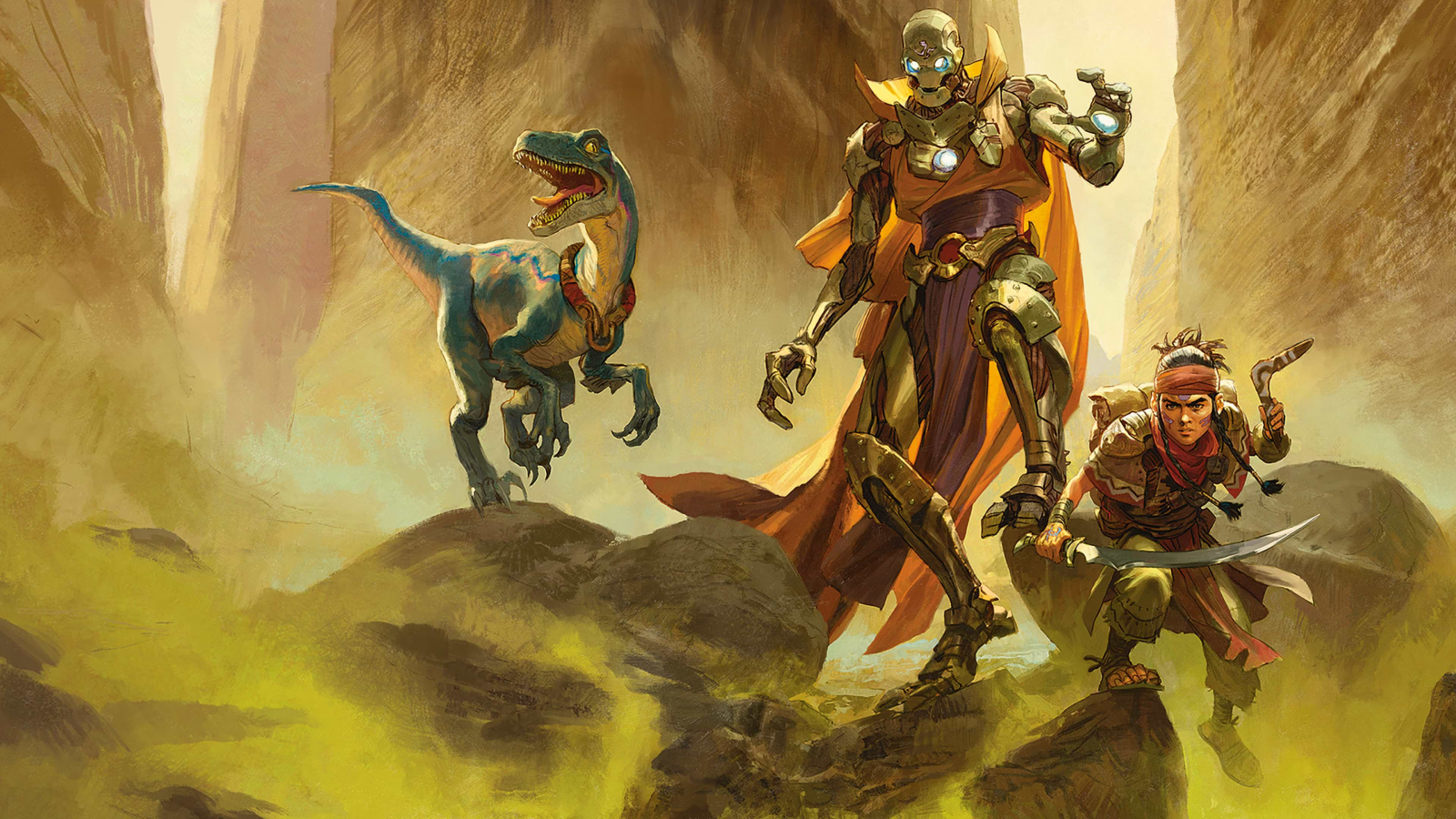 AdamTR256
In an ancient ruin beneath the Demon Wastes, a band of heroes races to claim the Reaper’s Heart. If the agents of the Emerald Claw reach it first, they’ll reignite the Last War and unleash an army of undead. In the city of Sharn, a team of spies pulls off an impossible scheme—breaking into the impenetrable vaults of House Kundarak. But instead of gold, they find a secret that could shatter the fragile peace between the nations.   Aboard an airship, a wizard debates the interpretation of an ancient prophecy with a blood-red dragon. If the sage loses the argument, the dragon will destroy the airship and everyone on it. But if she wins the debate, the dragon will take them to distant Argonnessen, and no human has ever seen the land of dragons and returned!   The world of Eberron has a rich history built on heroic deeds, evolving magic, and the wounds of a long, devastating war. Action, adventure, good, evil, and a thousand shades of gray paint the landscape in broad strokes. Ancient mysteries await discovery so they can influence the world and its people.   Magic is built into the very fabric of the world. It pervades everyday life. It provides comforts and conveniences unknown in either the modern world or any world of medieval fantasy. Great cities where castles scrape the sky prosper throughout the continent of Khorvaire, and a thriving aristocracy of merchant families controls much of the world’s economy thanks to the edge given them by the mysterious and rare dragonmarks. Its people harness magic as a tool—to build cities, to sail ships through the skies, and to create both wonders and weapons.   Heroes come in all shapes and sizes, all classes and races. They travel the world, battling villains in instants of over-the-top action. And they unearth fabulous treasure, and deal with narrow escapes and ominous mysteries that are as likely to shed light on centuries of secrets as they are to threaten the world’s safety.   Eberron embraces swashbuckling action and pulp adventure while adding a layer of noir intrigue. Stories don’t always end well, and there isn’t a perfect answer to every problem. The Last War turned old allies into bitter enemies and destroyed an entire nation, leaving behind terrible scars. Crime and corruption lurk in the great cities of Khorvaire. Hidden dragons shape the course of history, and sinister fiends influence the dreams of the unwary. Yet mortal greed and ambition might prove more dangerous than any dragon or fiend. This darkness affords opportunities for a group of bold adventurers to make a difference—for better or for worse.