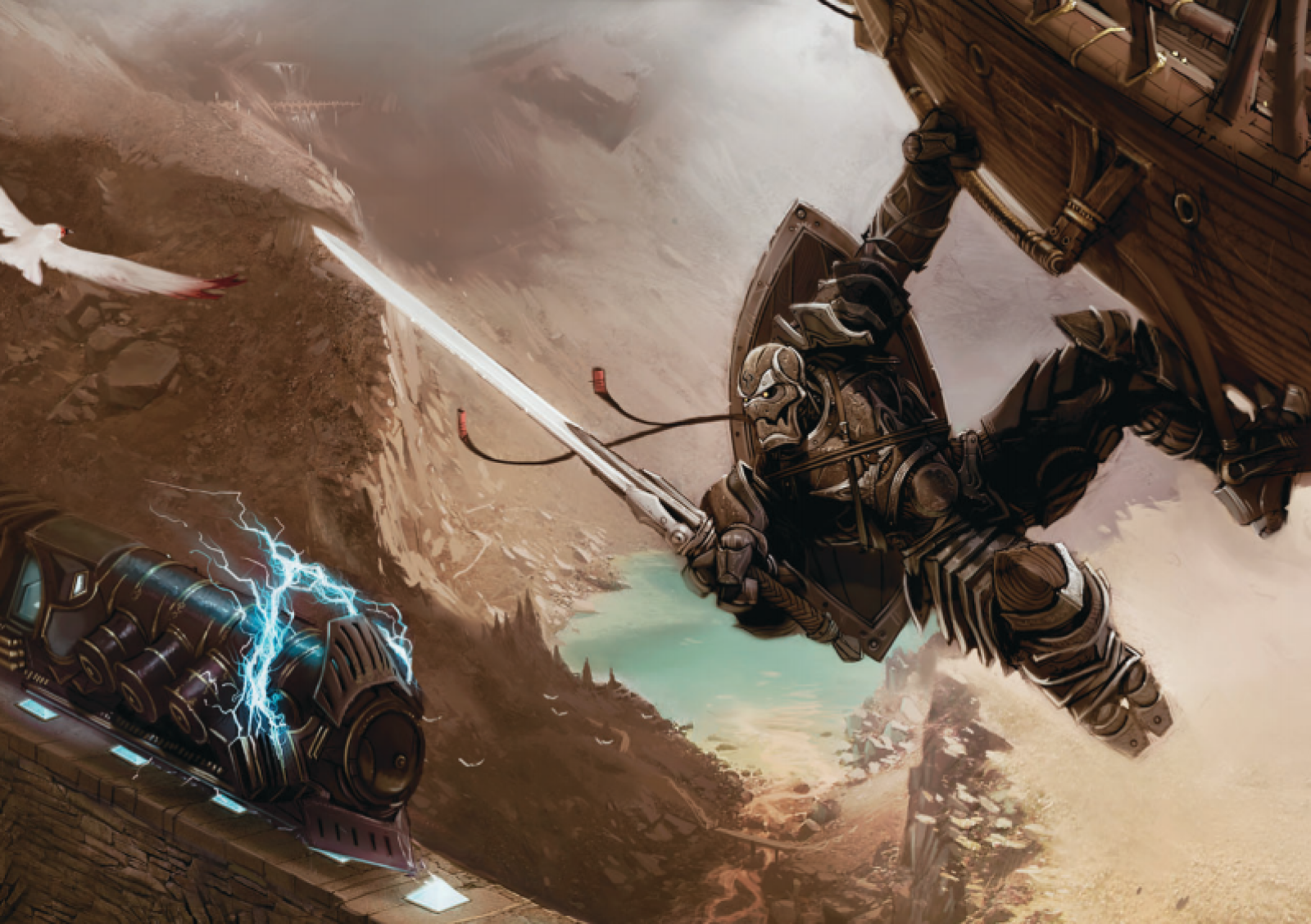 Justasith
The world of Eberron contains 7 continents. The setting primarily takes place in Khorvaire, the most populated continent. Humans are the most populous race in Khorvaire, living primarily in the area known as the Five Nations. Southeast is the small continent of Aerenal, ruled by elves. Due south is the jungle continent of Xen'drik, once ruled by an empire of giants that collapsed. It is now largely wilderness, with some areas under tribal dominion of the drow. Further south of Xen'drik is Everice, a continent-sized sheet of ice possibly covering several land masses. Frostfell is an unexplored land of ice in the north. The other two main continents are Sarlona (a continent ruled by quori, creatures from the Region of Dreams) and Argonnessen (a continent inhabited by dragons). The world of Eberron has twelve moons; some sages believe there is a thirteenth moon that has vanished or is invisible to the naked eye.   "Eberron" is also the name for the land of the world, and is also referred to as the Dragon Between. Siberys, the Dragon Above, is the name given to the planetary rings which surround the planet. Khyber, the Dragon Below, is the name given to the underworld, and is similar to the Underdark in many other settings. According to the creation story, the world was formed when the progenitor wyrms changed their form into what they are now. Siberys and Khyber fought, leading to Siberys' body being broken into pieces. To stop Khyber, Eberron wrapped around him, and Siberys' broken body became a ring around them both. Siberys created the dragons, Eberron created humanoids and other "lower races", and Khyber created the "demons" of the world. According to Keith Baker, there is some significance to the fact that each name contains the morpheme "ber", but he has not stated what this is

Ginger machinist with a strong interest in learning about the world outside of his home country.