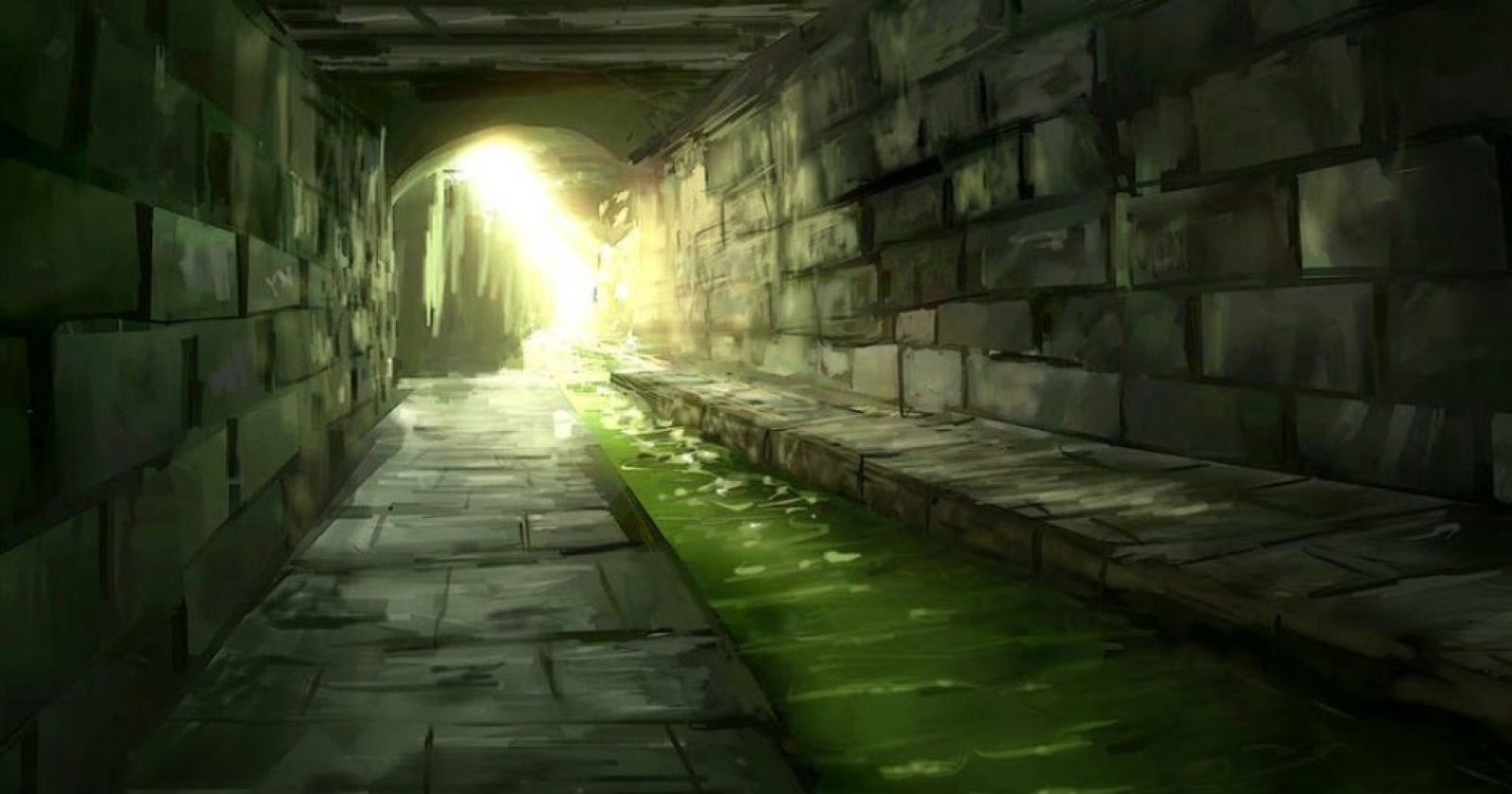 Razael decided to look into the disappearances in the northeastern portion of the Protector's Enclave and ran into a shop keep who had boxes built up on a sewer grate. After asking around he entered a grate in an alleyway. Using a familiar, a bat, he watched as a wereshark left the area and then watched as his bat ran into a gelatinous cube. Razael hit the jelly with eldritch blasts again and again, again and again blinding white flame circled by black eroded the goop away and eventually it was destroyed; after killing a rat and tripping over a cloak.   Around a corner he watched, through his bat's eyes, as the missing beggar Rulark resisted his transformation and died as his eyes burst from his skull and his heart exploded in his chest. After Razael offered peace to the surviving wererat, it transformed into a rat and ran away. As he searched, Razael ran into Neotomas who lied at first but after some intimidation offered that he was once a part of the Dead Rats but was founding his own paradise. Learning the truth of those that transformed, that Rulark and the other wererat were the last two alive, Razael attempted to arrest Neotomas but he called for rat reinforcements.   "You should have surrendered," Razael threatened.   In a flash, Razael unleashed divine energy from within himself, causing his eyes to glimmer and two luminous, incorporeal wings to sprout from his back. Razael swooped to a hover as Neotomas transformed and the rats ran in. Drawing forth his radiance and his hex, Razael began his battle and stabbed Neotomas, burning a rat down the hall. Blood gushed down Neotomas' side as he drew his shortsword and hit Razael's shield, he then snapped forward for a bite but his face splatted against Razael's shield. Razael stabbed forth but his spear bounced off of Neotomas' shoulder pad as Neotomas used the opening to attack. Neotomas' shortsword recoiled off of Razael shield and he lost two teeth biting into it. After another hit from Razael, Neotomas ran desperately away as rats bit Razael's ankles. Razael then leveled his spear at Neotomas, energy built up within the gem upon it and erupted down a narrow beam of white light. The light pierced through the wererat and a black flame spiraled his wound and ate away at his flesh. In another swift motion, as the giant rats fled, Razael then fired his eldritch blast once more and exploded a fleeing rat.   Back out on the street Razael had a crier inform the area that the wererat Neotomas was slain and the people were free of the threat of being kidnapped once more. He then took time to take thanks from the people and used that time to inform the citizens that he was sent by Neverember. Once back at the guard camp Razael rested and listened to a lesson on spears and their effective uses from a Mintarn Mercenary.