Similar to the Planeswalkers they have origins that connect them to other realms.

Necrolytes rarely live past birth as they emanate an aura of dread that causes even their family to hate being around them. If one does survive, they are usually greeted with a hard life, with many disliking them as a symbol of disaster. Due to this, they are spread across the lands of Corpus taking jobs as Mercenaries and Assasins. Because they are shunned by most people they are actually common as a right-hand man by generals and kings as they have no chance of gaining a position as leaders themselves.

They appear with pitch-black eyes and hair that blends like an ink-black void. They are mostly human with some elves even being afflicted with this nightmare. While not naturally pale they prefer to stay out of the sunlight due to their connection to the shades. They age similar to those of their race's counterparts and when they die they are greeted in the shadowfell as lost family members. 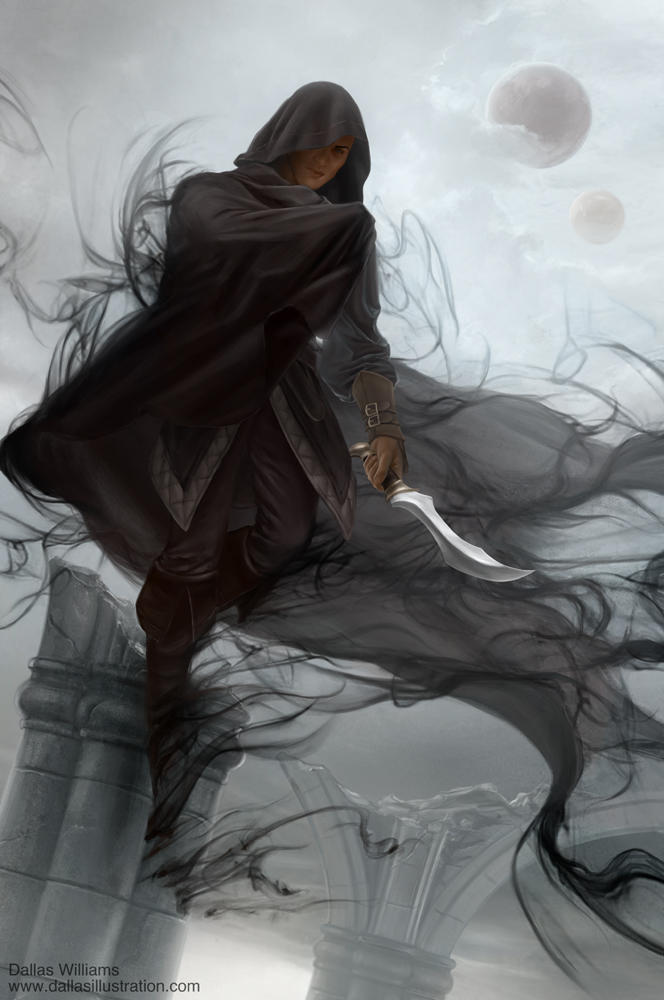 Your Dexterity increases by 2 and your Constitution by 1

You have a base movement speed of 30ft.

You can see through all nonmagical darkness within 60 ft. as if it were bright light

Those born of Shade

You can hear the call of the shadowfell and it guides you. When You are rolling investigation or perception during nighttime and you don't already have advantage then you get an advantage.

once per day, you can force enemies within 5ft. of you to make a Wisdom saving throw (DC= 10+prof. bonus + Charisma mod). If they fail they become frightened of you for 1 minute, they can repeat the save at the end of each of their turns.