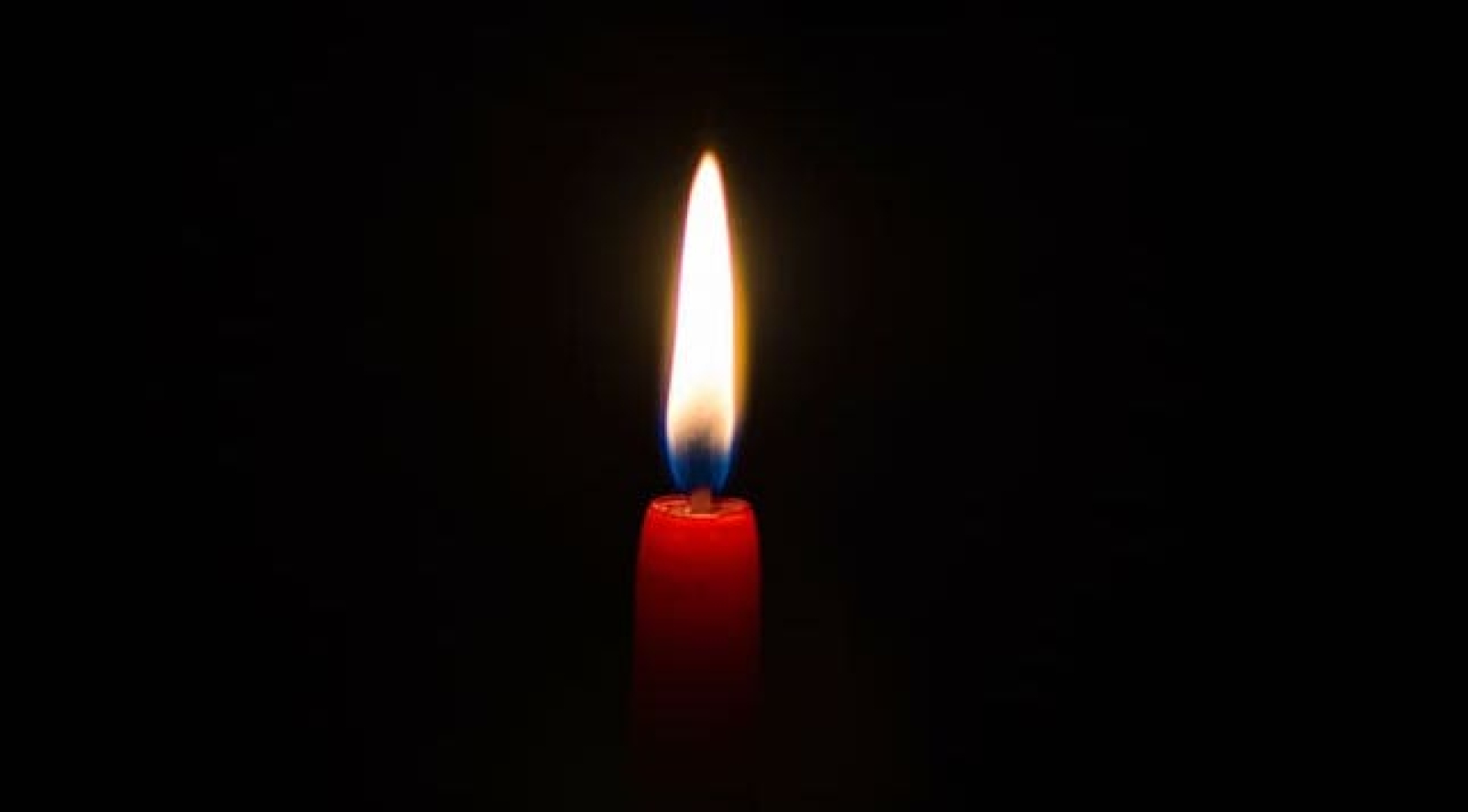 Part One: 6 Thank you, Henry

Cecil pushed open the door and backed into the black void of his home. They bore his daughter's body into the living room and Henry kicked the door close behind them. The two men moved to the middle of the room and laid her upon the hardwood floor.

Cecil moved across the room and turned on a small lamp. Little drops of water formed pools on the scared end-table beside it. He turned and saw his friend standing over Harriett's body and was surprised at the slight smile that crept into his heart.

"Henry. Could you please clean off the dining table? We'll lay her on that," he said. "I'll get us some towels. Dying of fever won't do either of us any good."

"Okay," Henry replied as he began to move the few items from the table as Cecil walked down the hallway.

A few minutes later he returned to the living room to find Henry staring down at the young girls body. Cecil's eyes followed the drummer's and looked upon his daughter. In the dull glow of the lamp he could now see the deep bruises on her face. The ragged gash which split her lower lip. The deep tear that left one eyebrow hanging free, held on by a small bit of flesh too stubborn to relinquise its hold.

"It ain't right, Henry," Cecil said as he tossed a dry towel to his friend.

"Then why we didn't call a'law, Cecil? They needa find who did this. Look at her," he pointed to the body. "My god, Cecil she...," Henry dug the tears from the corner of his eyes and swallowed hard, "she's not just been kill't, the bastards tore her up."

"I know what they did to her, Henry," He said as he turned away from her, "and you know damn well the police aren't going to lift one damn finger to find, much less arrest, who did this. No. Not when it is one of the prestigious quests of the illustrious Grand Dame Hotel."

"But they might, Cecil! They just might. There be some fine men on da force. We've meet plenty of'em and..."

"Henry," Cecil stopped his friend mid-sentence. "There might be some fine men on the force, but they are not going to do anything to tarnish the shining jewel of this city. Not for us. No, Henry we'll just have to take care of this ourselves."

"Henry, I've said my last on the subject."

Henry exhaled a ragged breath before slinging off his coat and tossing it onto a nearby armchair.

Both men stood over the young woman's body. The silence stretched out as the minutes mingled with the pain radiating from the two men.

"We should say a prayer for her, Cecil," Henry said.

"A prayer would be most appreciated, Henry. Would you mind saying it for the both of us? My heart is too heavy and filled with hate right now. It would be best from you, my friend."

"Of course, Cecil. Ah'd be honored too."

Cecil step up beside his friend and placed one arm over his shoulder. He bowed his head before his only child as Henry began the prayer. The words faded into nothingness as the tears, held back so long, quietly streamed down his face.

"Amen," Henry said as he finished the prayer, pulling Cecil back to the moment.

Cecil squeezed his friends shoulder, "Thank you, Henry. That was lovely."

"Just the least Ah'could do for Harriett."

"Not the least, Henry," he said as he slid a slender blade across his friend's throat.

Henry grabbed at the gapping wound. Sickening gurgles escaped from him as wide, astonished eyes locked onto Cecil. His knees buckled, no longer able to support him, and he slumped into his friend's strong arms.

"You see, Henry. I know who killed my child. I'm sorry, but so grateful to you for your sacrifice. You see, Henry you are going to help me make them pay. Thank you," he said as he slid the dying man to the floor.

Cecil rolled the body up onto its side and watched a pool of Henry's blood expand out over the hardwood floor. He felt no horror, sorrow nor regret. He felt only the cold, impenitent cry for revenge screaming through him. The bleeding shell of the man at his feet-once his friend-now no more to him than a means to release that cry. His soul felt parched, dry and withered.

With an effort he clawed his way out of the hole his thoughts had slipped into. He had things to do by the next afternoon and needed to be about them. Sparing one last look at the dead man, he turned and walked toward the back room.


The double doors of the battered, old armoire squeaked as Cecil pulled them open. He took a moment to survey the contents inside, then gathered an arm full of candles and a simple, hand-carved, wooden bowl. With all the required items gathered he turned and made his way back to the living room.

Cecil placed the items on the table, then stooped and grabbed under the arms of the man's body. He heaved it up and began to drag it across the room. The heels dredged through the viscous puddle as Cecil continued down the hall to the back of the house.

He dropped the body on the back porch and started down the steps before he stopped, then turned back to the corpse. He knelt beside the husk and crossed its arms over its chest.

"You deserve better than to be left out in the rain, old friend," Cecil said. "All I can give you is this little bit of decency."

Cecil turned his attention back to the task at hand and moved down the steps onto the soggy soil of his backyard. He slogged his way to a small hutch in a corner, lifted the latch of one small pen and snatched out a young rooster. Grasping it by its neck, he gave a quick jerk snapping away the hapless birds life. He dropped the flopping body onto the top of the pen, then moved on to the next hatch and repeated the process two more time.

Bloody, muddy and wet he made his way back into the house. Three birds hung upside down in his hands.


The preparations where slow and methodical. With an old sweetgrass brown Cecil swept the pool of blood into a perfect rectangle. On hands and knees he shuffled along the floor, bucket in tow, removing every stray drop of blood from the house till only the gruesome bed remained.

He stood and removed his coat from Harriets body, tossing it aside, then lifting her and placing her body in the middle of the bloody bed. Once she was placed he gathered the candles and began lighting one at a time, letting the flames lick the candle till drops of hot wax fell on the hardwood providing an adhesive to secure them. He placed each one equal distance from each other around the rectangle. When the last candle was placed, Cecil leaned over and switched off the lamp and picked up the wooden bowl from the small table

Cecil knelt down alongside Harriett, making care to not touch the crimson bed, and placed the bowl on her stomach. He picked up one rooster, slid the knife out of his waistband and removed its neck, draining its blood into the bowl. The process was repeated two more times, before Cecil sat cross-legged and began a slow, soft chant.

Swaying his body to the rhythm of the spell, Cecil deftly removed one leg from each rooster and meticulously stripped them of all flesh. Reaching over he dipped one yellow-skinned foot into the bowl, just past the claw, then used the macabre ink and quill to draw intricate patterns over his daughters body. When the first claw had finished its pattern he placed it over her right eye. The second claw completed its pattern and was placed over the left eye, while the third completed the sigil and was then place over her mouth.

Cecil stood once again and gazed down at the body. His eyes followed the tracings of blood swirling over her skin. Satisfied he raised his arms wide and threw back his head. His eyes rolled back as he began to recite ancient words...pouring his pain, anger and hatred into every syllable. The incantation flowed from him as the candles cast their glow from beneath. His figure distorted by shadows, twisted and danced to the wavering flames. He appeared as a gaunt scarecrow, reaching toward the sky, screaming defiantly to the universe.


****
Part One: 5 Reality Slips
Part One: The lounge
Part One: 7 Goodbye Harriett
Chickenbones is a copyrighted work written solely by Susan Wilkerson. Any use of this work requires the authors express permission.
Cover image: by NKA
Cover image: by XPLATOON