Shrouded composed of millions of glowing dust motes. Capable of manipulating each individual speck of dust individually, although they are not able to do very much on their own other than offering proprioception. Consciousness is retained by every individual mote, allowing 'teleportation' by re-materializing elsewhere. These motes can 'soak' into porous materials such as cloth. The shrouded tends to take form by soaking small rags with a few dozen motes and forming a flowing, humanoid body with them.   No single core exists, but the Shrouded is technically anchored to the geometric center between all the motes, with a range of around half a mile. Should a mote pass that point, it will become dormant, unable to be acted on or sensed through until it comes back into range. Therefore, should their center point be empty of motes, she would be rendered indefinitely dormant.   Ariadne runs The Painted City, providing a stable interface to allow for consistency between what all citizens see.   Typically takes a vaguely feminine outline, dissolving into freely floating motes past the forearms and waist.   In terms of forming macro-constructs, motes act a lot like the Light-Painting school of arcane casting. In fact, given that Ariadne predates said practice by about 400 years, it's very likely that much of the terminology and mental framework was derived from her in one way or another. There has, after all, been a sorcerer lecturing at Hauntfall since just a few decades after its founding. 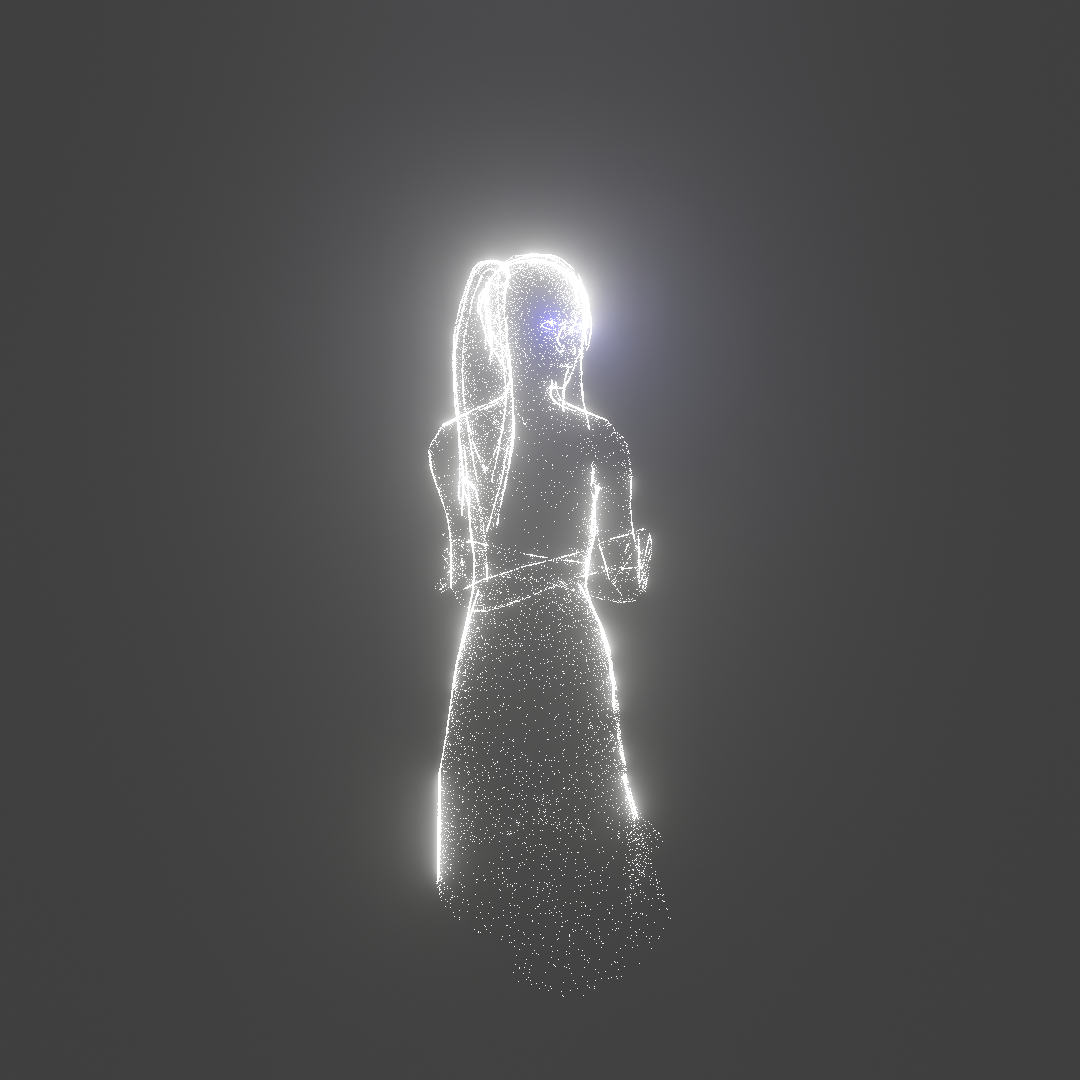 Unless otherwise noted, all writing, images, and 3D models by James Do (Argoms) (except for the default WorldAnvil theme assets)