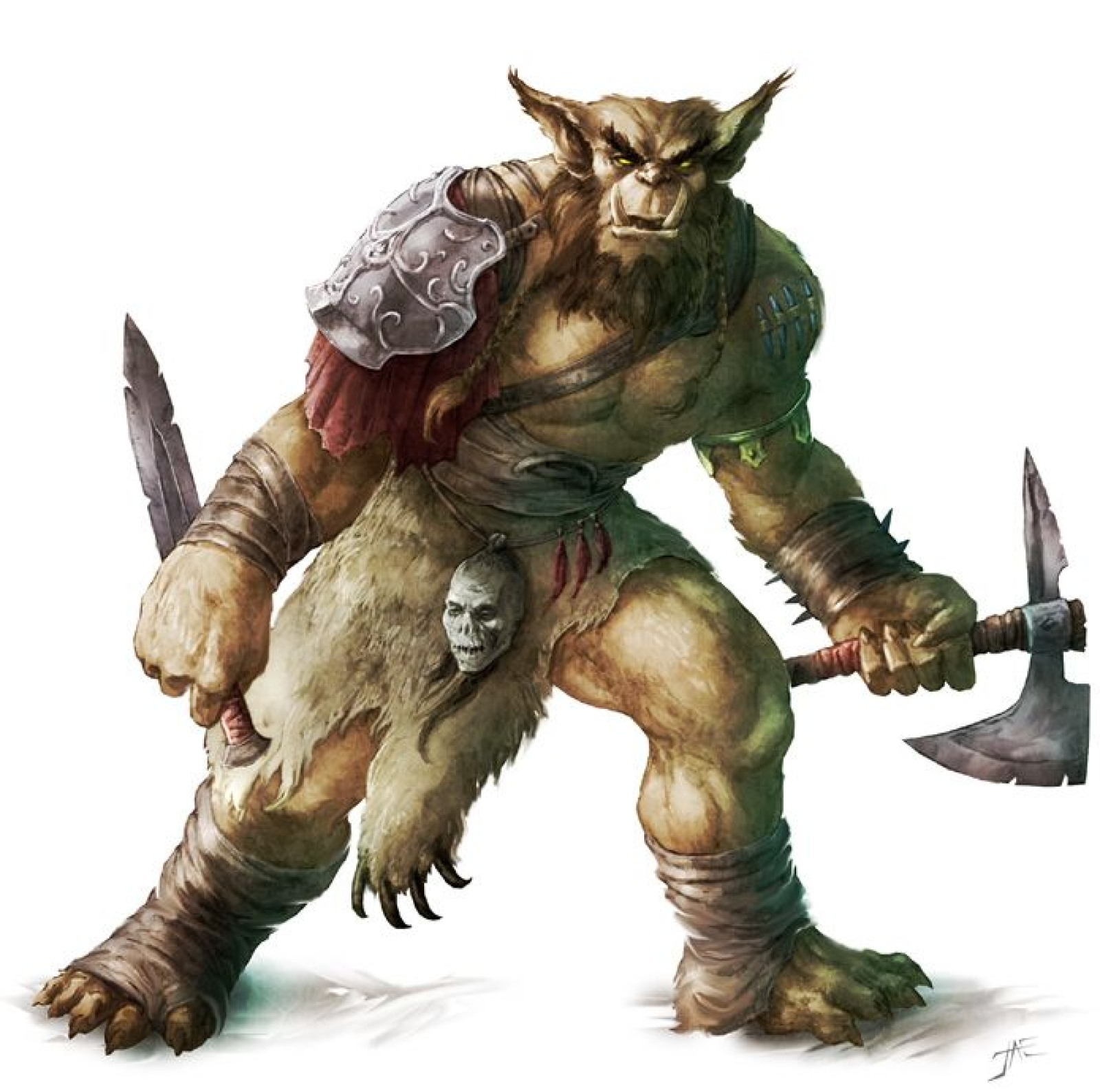 Bugbears resemble hairy, feral goblins standing seven feet tall. They take their name from their noses and claws, which are similar to those of bears. Bugbears often armor and arm themselves with a variety of gear purloined from fallen enemies. Most often, this gear is second-rate and in poor repair.   Bugbear eyes are greenish white with red pupils, and their wedge-shaped ears rise from the tops of their heads. Most bugbears have hides ranging from light yellow to yellow brown and their thick, coarse hair ranges from brown to brick red.

Bugbears reach adulthood at age 16 and live up to 80 years.

Bugbears live a life based around survival, often becoming rogues. Bugbears also make excellent barbarians. They tend to be sound military tacticians, and individuals can be highly intelligent. Bugbears are less fertile than other goblinoids, however, and have a smaller population.

Bugbears have exceptional senses of smell, sight and hearing, able to see in pitch darkness. They move with amazing stealth.