Almost the entirety of the mysterious continent Sardan is held by a collective federation of the feline tabaxi, known as the Tabaxi Republics. With the combined effort of its various clans, the Republics have managed to wrestle full control of the continent after a series of hard-fought wars against the gnomish populace settled in the Ebony Mountains in the south, ultimately vassalizing them. Now, with the entire landmass under their rule, the tabaxi look to expand their influence beyond the borders of their mist-engulfed land.

The Republics' central governmental body is the Moot, which is a gathering of all clan chieftains upon the sacred burial hill Ushtara, located on the outskirts of the capital city Vaermanere. It takes place during the week of the spring equinox, as well as the fall equinox. Here, the chieftains and their associates bring important matters from their respective territories to the attention of the other clans' leaders, as well as decide on the future overarching direction of the Republics' conduct. Unlike traditional tribal societies however, chieftains are elected once every five summers by all first class citizens of their territory. This, according to theory atleast, allows for successful leadership to flourish while weeding out those who may misuse the position of chieftain for personal gain.   Positions below chieftain vary greatly depending on each individual clan, but there are a few patterns which can be observed across a wider spread of clans. For example, most clans establish an elder council which acts as a limiter for the chieftains powers, binding some of the most significant acts a chieftain can issue (war declarations etc.) to their agreement. However, differences can be observed in the ways members of the elder councils are chosen, as well as the extent of the authority they exercise over the government. To give you an idea, the panteran council maintains the membership of the heads of the seven most powerful families in the council via an inheritance system, which creates a very static but influential governmental body which often can overrule the chieftain himself. On the other side of the spectrum, the leonin chieftain (called the T'Sharah) actually chooses the members of the Gray Council himself upon being elected, with them maintaining their position for as long as the T'Sharah remains in power.

While it would be disingenuous to claim that the rich tabaxian cultural tradition can be fully explained without giving a detailed analysis of each individual clans' folklore and traditions, there are certain commonalities shared across the feline clans which certainly deserve mentioning. All of the catfolk share a strong connection to the Astral Plane, through which all souls must pass in order to re-enter the Great Cycle and subsequently be reborn into the Material Plane, or ascend into a higher state of being. As such, the tabaxi place a strong emphasis on not only the strength of their bodies, but also on expanding their souls and bolstering their spirit in expectancy of the life to come after this one. Communities of tabaxi who live in the countryside often create settlements near established monasteries, so that they may seek the aid of the inhabitants of the monastery in order to settle inner turmoil. The monastic tradition runs strong within the Republics, giving birth to many of the now widely spread teachings of the soul, such as the Way of the Open Palm or the Way of the Sun Soul. Some clans even developed more unique teachings in regards harnessing the soul and its energies, such as the panteran Reavers or the leonin Eternal.   While the smaller tabaxi communities maintain inner peace through self-control and meditation, city-born catfolk have often sought and found solace in the teachings of the gods and their preachers. It was the appearance of the Many, afterall, that gave way to creating a unified nation of the tabaxi many centuries ago. Alongside the worship of the Many, which is mostly omnipresent in the Republics, other deities of the White Pantheon have steadily found their way into the tabaxian religious repertoire. Some of the largest followings include worshipers of the God of Justice Tyr, the God of War Sariel, Mother Isha or Helm the Watcher. The worship of Sarthal certainly deserves a special mention as the Spirit Dragon has amassed an expansive following across many small communities as well as cities, seemingly due to the meld of traditional tabaxian life philosophy and religious devotion which his cult following employs in their teachings.

The Tabaxi Republics represent the united interests of their citizens, from whom the Moot derives its legitimacy to rule. As you'd expect, there are different priorities which manifest across the clans' populaces and these are often personified in the chieftains chosen to rule. While some clans favor aggressive expansion (such as the tigerians), others put more emphasis on peacekeeping and serving the people (the leonin for example). Another example would be the will to maintain a certain degree of distinction among each republic (panterans), which is opposed by a desire to achieve a greater degree of unification and connection between each clan (pumarians). These are, however, trends observed across longer stretches of time and may not always hold true when a certain period is examined under a magnifying glass.   While the goals of the Republics change and shift depending on circumstances, an overarching trend towards spiritualism and militarism can be observed as the will of the majority of people. Therefore, the Moot will often seek the advice of their gods in order to determine the next best course of action, as well as preemptively strike against those who may pose a threat to the sovereignty and safety of the Republics.

The Tabaxian Republics hold an entire continent's worth of resources, manpower and technology. While their participation in trade with the other continents is seldom and specific, the rarity of goods found upon Sardan allows for them to often dictate terms at which trade agreements are established, making them a powerful player in the global commercial market. Their military are nothing to scoff at either, and would perhaps be even more fearsome with the addition of the gnomish technological wonders into their arsenal, however such a course of action is largely viewed as taboo due to the history between the two nations. Even without the gnomish technology, the tabaxi possess one of the world's most impressive armies, capable of standing toe to toe with some of the most fearsome countries of the known world. If any weakness at all was to be observed in the tabaxian strength, it would have to be a certain lack of naval vessels, born from the lack of necessity to use them for transport or other purposes.

While some may suggest otherwise, the largely agreed upon founding date of the Republics is 214 T. E., specifically the spring Moot gathering held that year. While the Moot had begun its activities in the previous decade, it wasn't until this year when all of the tabaxi leaders represented their people at the conference. While no real progress towards an agreement on how to arrange matters between the clans, many of which had shared bad blood in the past, were made, the significance of this Moot lies within the bond of brothership created through sharing blood which all of the chieftains took part in there, as it is believed that it was this bond ritual which allowed for the souls of these chieftains to commune with the Many. The Many, while largely remaining a mystery until this day, is believed to be an entity formed from the souls of all of the great chieftains of each of the clans. This communion and shared bond of kinship together propelled the negotiations forward and it was not long until a united state of all of the clans, known as the Tabaxi Republics, was created.
This newfound unity resulted in a desire to solidify their strategical position on the continent, which meant contending with the gnomish city states dotting the Ebony Mountains in the south and gaining access to the rare minerals found there. A series of bloody wars ensued, with the tabaxi coming out victorious against the Albaric Federation, ultimately vassalizing the gnomes and turning many of them into second class citizens of the Republics. 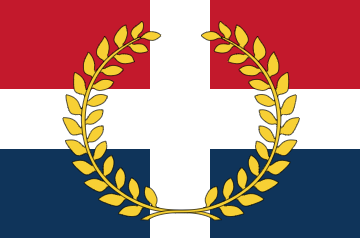 The tabaxi clans are varied and almost all of them have some history with each other. The list of clans goes as follows: Clan Tigerian, Clan Pantera, Clan Cougarin, Clan Pumarin, Clan Leonin, Clan White Tigerian and Clan Remnant.