After the fossil fuel crisis of the mid 21st century led to The Fuel Wars (more coming soon), an international coalition of scientists and engineers - funded by European, middle-eastern, and Asian nations - worked to solve the global energy crisis. Developing and harnessing reliable fusion technology was their goal. A laboratory was built in a remote location in Iceland, deep underground in hopes that any catastrophic failure of the experimental technology would have limited collateral damage. However, in reality everybody involved knew that a true disaster in the creation of fusion technology could potentially destroy the entire planet.


I knew the oil crisis was getting desperate when coal-powered steam trains started to haul food across the mid-west U.S. Not those novelty tourist jobs either. Actual old west style steam locomotives restored and put back to work.
Eyewitness account of the energy crisis, circa 2058.


The fusion reactor developed by the Oppenheimer Project was based on the tokamak design created by pysicists in the U.S.S.R. during the mid 20th century. The reaction is started by injection polarized particles into an environment of hydrogen gas, removing the electrons from the hydrogen atoms and converting the gas to a super-heated ionized plasma. As more hydrogen is introduced to the reaction, the free-electrons and ionized plasma environment continues to create a chain reaction which leads to a self-sustaining environment of nuclear fusion. 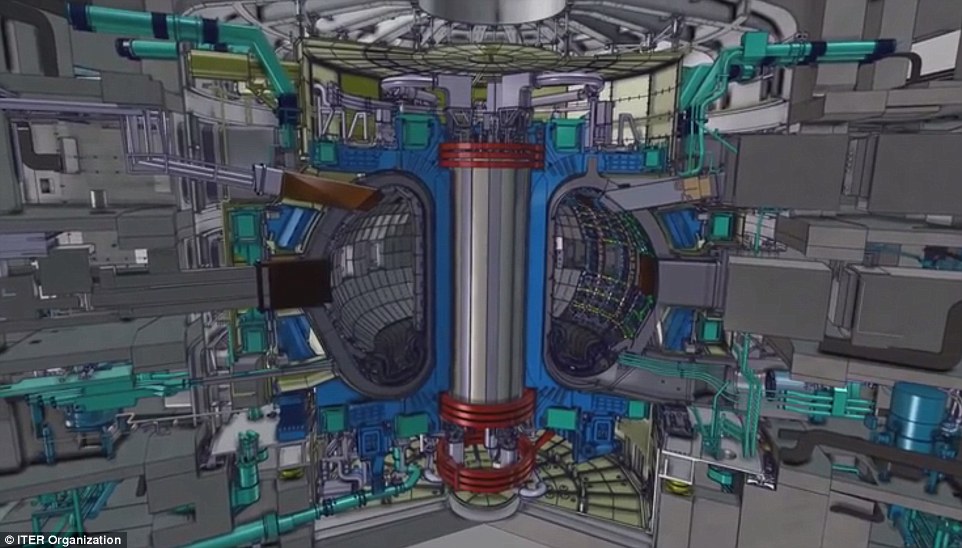 With hydrogen being the most abundant fuel source in the known universe, gathering enough to start a number of these reactions was not a challenge. In addition to the enormous amount of energy created by the fusion reaction itself, the only by-product of the process is helium gas - another useful fuel source.


Beyond the initial cost of building a fusion reactor - which has decreased greatly in size, complexity, and cost in the last several centuries - the operation and maintenance of the device is relatively simple. As long as hydrogen is periodically fed into the reaction chamber, the by-product helium and energy is harvested, and the electro-magnetic containment field is maintained; the reaction could conceivably continue forever. The fusion reactor has become a primary source of energy not only for inhabited planets, but also for the ships that ply the space lanes. (See also: Fusion Drive - coming soon.)


In 2057 - two years after the beginning of The Fuel Wars - the U.N. and a number of non-member states convened to find a scientific solution to the global energy crisis; hoping to end the war by removing the impetus that caused it. In addition to this, all parties involved realized that a long-term plan was needed beyond ending the conflict to ensure that global civilization didn't enter a new dark age due to exhaustion of fuel reserves.   The project was named the Oppenheimer Project, after the influential American physicist and director of the Los Alamos laboratory responsible for the Manhattan Project which first harnessed nuclear fission to create the atomic bomb. 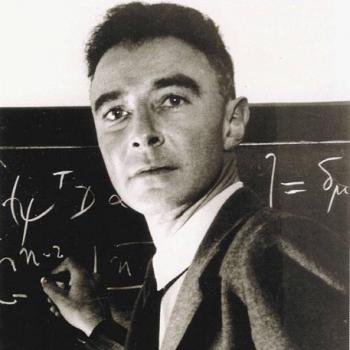 
"Now I am become Death, the destroyer of worlds." J. Robert Oppenheimer, quoting the Bhagavad Gita in response to the Trinity Test at Los Alamos, New Mexico.


Over the course of the next four years, the project developed the theory and engineered the technology to conduct the first test of a controlled fusion reaction. On 17 November, 2061, a controlled reaction was ignited and maintained in the project's remote laboratory.   The next two years saw a rush to construct a larger reactor core at the heart of a power-generation facility; and on 11 May, 2063, the first fusion power plant reaction was ignited in Reykjavik, Iceland. One month later The Fuel Wars were ended with the signing of the Reykjavik Accords, with the U.N. promising to share the technology freely across the entire globe.