Along the docks, many ships can be seen, but none like Ealdgeníðla. Any sailor would know rumors that the Ealdgeníðla is secretly a warship of King's Land. Others believe that the ship is owned by a secretive under drow. A rare rumor to find about this secretive ship is that it was owned by the adventurers known as The Six Colors. Despite these rumors however, the carrack with multicolored sails is often seen with happy men and full sails.

There is a total of 105 crew members on the Ealdgeníðla. There are forty-five soldiers. One half-orc, three Halflings, 17 Kalashtar, and 24 Humans. There are also 47 sailors. One Half-elf, two Halflings, fourteen Humans, and 30 Kalashtar. There are also thirteen crewmembers with specialized jobs. Octavius Kjohrn is the captain. He is a male Fire Genasi from the country of Shaak. He is nicknamed "Scarlet Flame" because Octavius has scarlet fire instead of red or orange. The first mate is a male Half-elf named Celebror Nok. He is from Karraxis and hjas been nicknamed "The Stinging Elf", because of Celebror's mastery of the rapier. He is also missing one ear. A male Half-orc named Corc Kho is the deck wizard of Ealdgeníðla. He is from the Baskill tribe of G'huult and his war name is Tempest. Corc is also very short for a half orc, only being five feet and six inches tall. The apprentice deck wizard is Alaerius Wagner. She is a Changeling that takes the from of a small male human of about seventeen years of age. She is from Shaak and has no noticeable features. Torlt Butterfeet is a female Sunface Halfling surgeon who is from Corinth. She has one green eye and one blue eye. Jeorge Valkaerie is also a surgeon. He is a male Goliath nicknamed Cheifsaver. He originates from New Corrinth and has noticeably small hands in proportion to the rest of his body. The Ealdgeníðla's master carpenter is a male Dwarf named Geralt Axeforge. He is from Corrinth, is bald, and has a glass eye. The Quartermaster is Jenna Wagner. She is a female Human from Shaak. Her body is covered with tattoos of sea creatures. Antonius Jager is Ealdgeníðla's master cook. He is a male human from Shaak. One of his arms did not grow properly and cannot be used. Also, Antonius csn only speak in Primordeal. Gorb is a male goblin cook from Shaak. Fiorna Lovely is a female Tiefling cook also from Shaak. Juniper is a female Firbolg carpenter from Corinth. Mark Smith is a Corinthian male human carpenter.

Because of the two deck wizards on the Ealdgeníðla, the average speed is 8 knots, or 9 miles per hour. This boat moves around 200 miles per day.

When Octavius Kjohrn wanted to become a captain, he paid for a new ship to be built. This was Ealdgeníðla. The Ealdgeníðla took about six hundred days to build. After it was finished, Ealdgeníðla set sail after a day of celebration.

The most famous mission of Ealdgeníðla also happens to be the first mission it set out on. Ealdgeníðla was hired to kill one of the pirate kings: Captain Blackwater. The entire mission took about 27 days. After first contact, there were three battles, eight sightings, and nine days. Upon the end of the last battle, there were thirteen prisoners taken and eighteen bodies not found. Also at the last battle, Octavius and Blackwater fought each other. Octavius cut off Blackwater's arm right above the elbow, then threw Blackwater into the ocean.
Ealdgeníðla once teamed up with two other boats to eliminate an alliance of pirates. One of the boats was the Shaakian warship Deathblow captained by Edward Constantius. The other boat that joined Ealdgeníðla on this mission was Hellbat captained by a group of adventurers known as Hellseekers. The trio of vessels found the cove that the pirate confederacy was in, there was a slaughter. Only ten of the pirates survived, and all others were killed. There were seven captured , but only five survived to become prisoners of Shaak.
Ealdgeníðla had many more missions that it has done, but not any more are well known among the public. 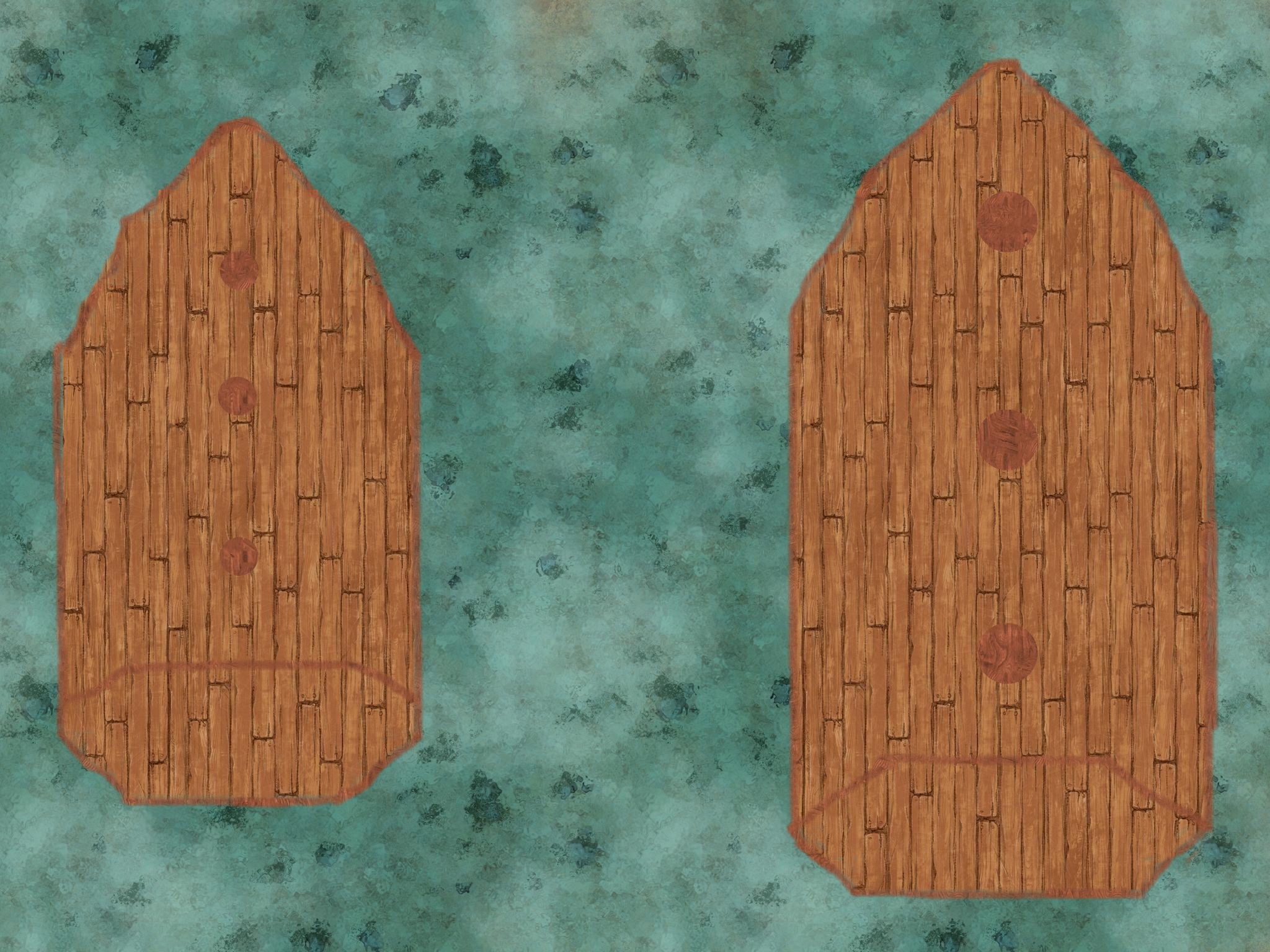 Rough sketch of Ealdgeníðla done by Octavius during its creation