The world of Argent finds itself within the inside of two hemispherical shells of earth, that millennia ago was once a plane. Little is known of the plane that came before, but all that is known is ancient history. Two distant suns illuminate the inside of the shells through the ring-like gap that separates the two, while a giant sphere of water known as The Source floats suspended in the center of the two, causing rainbows of light to descend during the brightest times of day.

Kingdom Of Lord Ram by Amit Nitore
Though many cultures have found themselves flourishing within the world of Argent, even the most technologically advanced societies are in an age of steam and rudimentary industry. While some find themselves having access to primitive firearms, simple dirigibles, and even clockwork devices, others have discovered the magic required to raise cities into the sky or control the oceans themselves. Since the two halves of the world, Sear and Sedden, developed separately, they both thrive with different aspects of this. 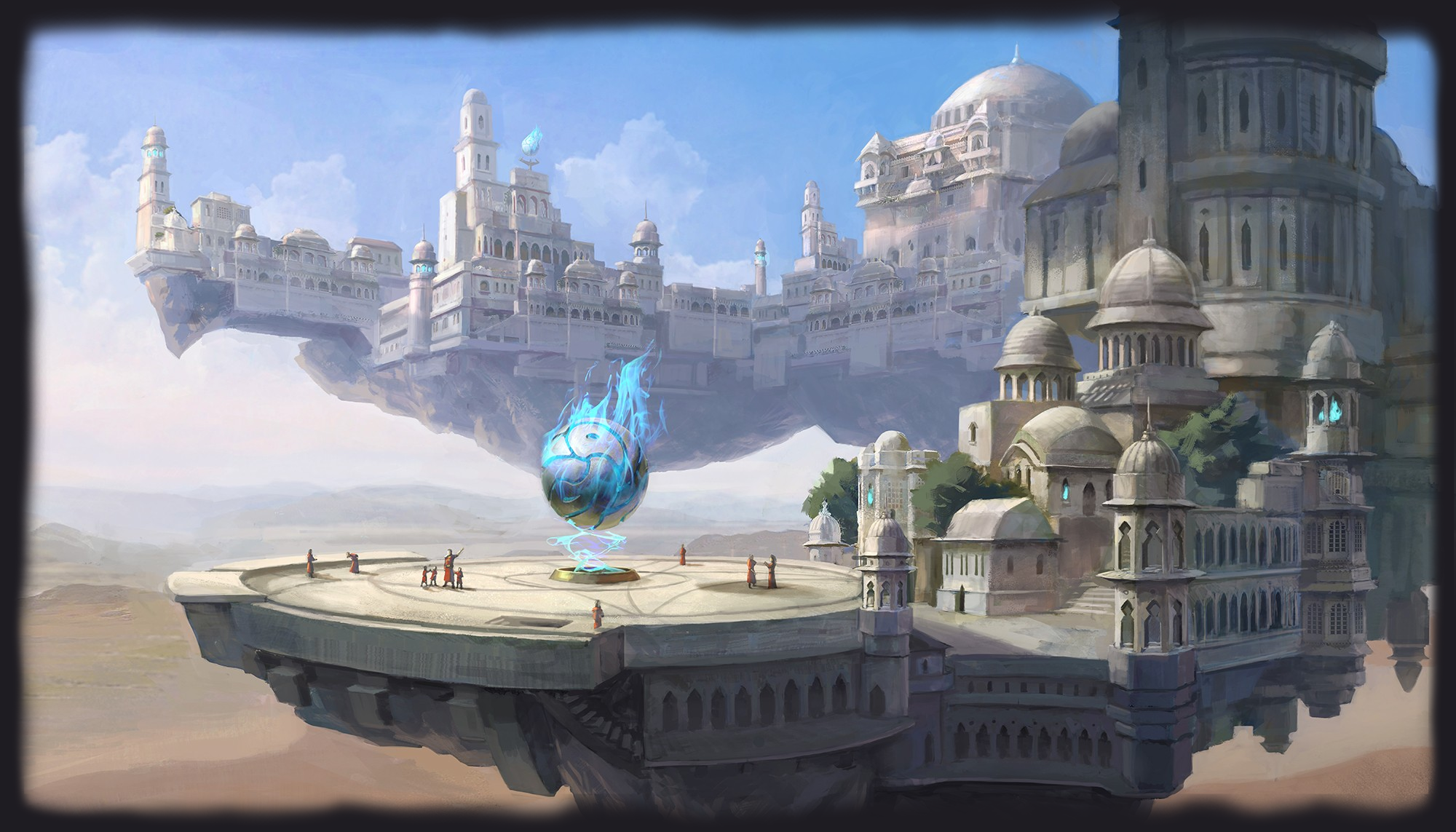 Citadel of Exile by Sam Keiser
You have found yourself within the Argent Crossroads, a large floating city protected by magic that floats so close to the Source that most would die from the force of the winds alone. The Crossroads is a place where those of strength gather so that they may meet others of their skill and put their talents to the test. The city is massive, with room to hold thousands, even though the city has no more than a few hundred within. The Argent Crossroads uses a magical network that allows them to transport themselves to the surface and back, though how often a resident can do that is limited. The city takes in jobs from all over Argent, and its residents are incredibly diverse. Where will the powers this city holds take you?

Interested in the world of Argent?
Argent is a world written for the Dungeons and Dragons 5e server, The Argent Crossroads. If you've somehow managed to find yourself on this page, and are interested in shaping the world you see here first hand, interacting with its characters, and exploring the world, join the discord link available on every page and join our community.