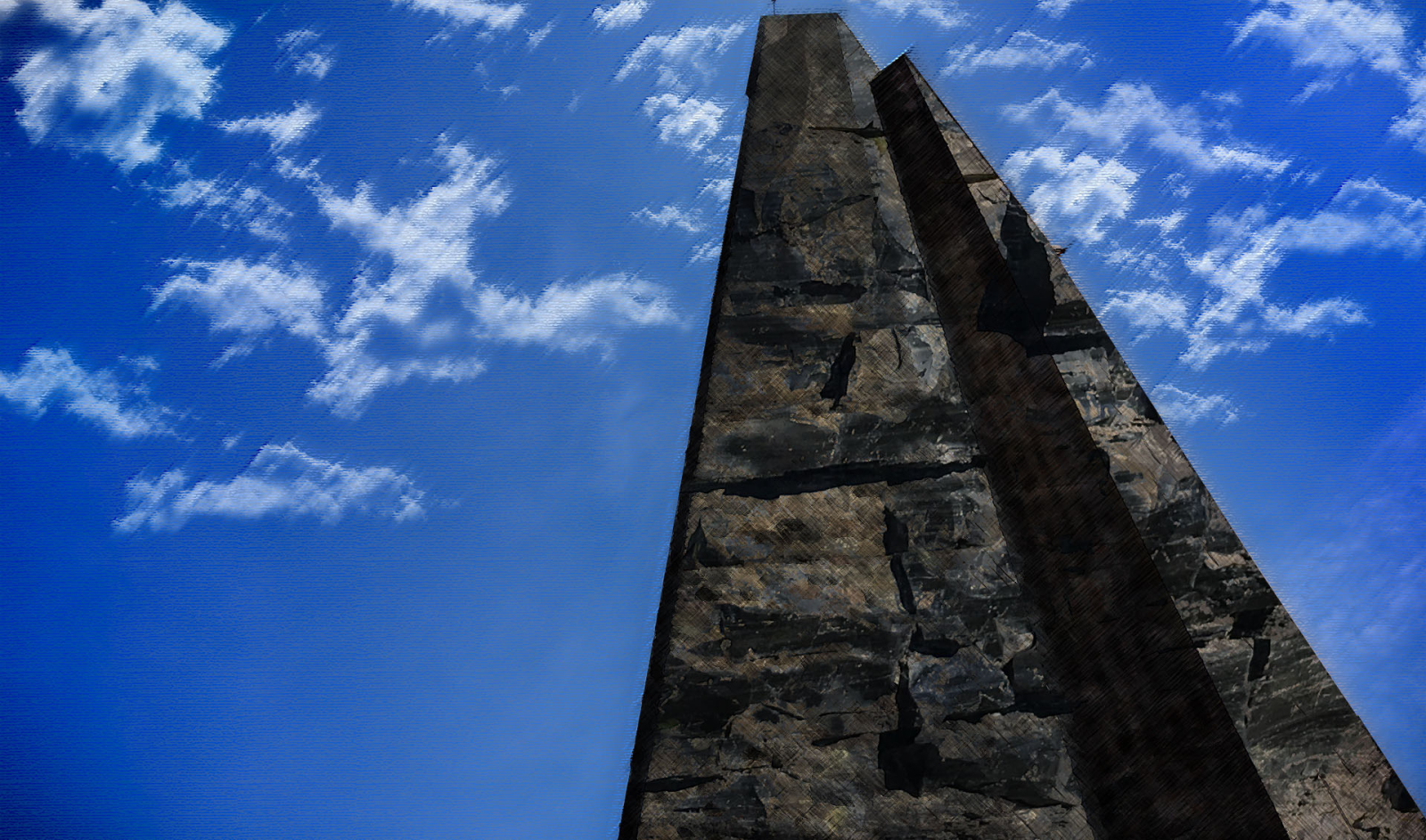 The Tower of Five

Raised from the earth by the Keeper of the Earth Ludwig Ors during the Age of Heroes, when the mages attempted to create a powerful arcane bulwark against the Old Gods, this great tower stands tall and monolithical in the very center of the the Middle Lands, surrounded by the Five Cities that form a perfect pentagon around it - and that very much by choice. While the council of the five Keepers meets here daily and accommodations are available for them, they are not technically required to live inside the tower. Some of the Keepers have chosen to live in the surrounding countryside over the centuries, where the small towns and villages of Stadtn, Estfelden, Fürtl and Junke have sprung up to take advantage of both the abundant natural resources around the tower (such as the Middle Lake and the fertile farm land about) and of the steady stream of commerce which, quite naturally, passes through the center of the land to allow those of the Five Cities that are not neighboring each other to establish more direct trade routes.   This of course has lead to the Tower, and in turn the Keepers, to become exorbitantly rich, a wealth they further instrumentalized to cement their power. And as it is frozen or responsibly utilized by the remaining Keepers and ultimately passed on to their respective successors upon their death, that system has endured for quite some time.

The Tower reaches just about one hundred and fifty meters high and is made from a monolithic piece of rock, which used to be soft soil until magic compressed it into hardened, partially crystalline stone. It has windows on each story, large front doors, and several back entrances. Its roof is shaped like a pentagon, with one side each facing one of the Five Cities. The tower itself, however, is circular. It has a fairly large basement, which serves both to hold the remains of past Keepers and as a storehouse for a quite large amount of provisions, making the tower an excellent bulwark against sieges.

The tower was attacked several times during its existence. After the Age of Heroes the attacker was always one of the Five Cities, usually during an uprising when the corresponding Magus Academies banded together with the local government to fight for autonomy. They were never successful.