The Grand Master of the Null

The Sign of the Eclipse consists of two gate wings, representing the Great Clockwork, a sun, representing enlightenment and magic, and a black moon in front of it, representing the Brotherhood, ready to protect the world from a sun too bright to withstand.   While all Brothers and Sisters of the Null wear this sign on their back when on official business, across their chests they wear a derivation of it, containing a special symbol within the black moon that denotes their rank. Only the Grand Master wears a plain Sign of the Eclipse both front and back, and having permanently unlocked his or her fifth gate, they are usually veiled in ever-shifting shadows.

Black flickers and the faintest impressions of a near-invisible gate are sometimes perceived by those who stand near a Null who perform their strange magic: the hallmark of cracking open the fifth gate; the Gate of Shadow.   Ordinarily, one who seeks enlightenment will strife to open the first gate, the Gate of Enlightenment, and if they succeed, a strange energy will flood out of that inner gate, uplifting them. But as it does so, the fifth gate will open as well and absorb whatever is spilled. In the end, both gates connect to the Great Clockwork, and it is only the manner in which they connect to it that defines their nature and purpose.   In opening only the fifth gate, Null create a strange vacuum in their souls, and it sucks up the soul power that is constantly being released around them by the Great Clockwork, funneling it back into itself. This turns them into a sort of magic sink that nullifies magic in their vicinity.   The Grand Master, of which there exist up to two at any given time (up to one per Black Sanctum), is one who has opened his fifth gate completely, and never closes it. The supernatural qualities of the world flood into his being at all times, and it gives him unusual insights and powers, veiling him in ever-shifting shadows, perceivable by the naked eye.

The Grand Master alone is entrusted with the interpretation of the Three-Eyed Sentinels' precognition and prophecies, which are often difficult to understand and veiled in strange metaphor and imagery.   He also commands his fellow Brothers and Sisters and judges the worthiness of pilgrims who journey to the Black Sanctums, and while his service has been in low demand for the former throughout the seventeen centuries of seclusion the Null sought after the end of the Great War, new pilgrims arrive regularly, and it is his important duty to accept their gifts, judge their hearts, and potentially invite them to join the Brotherhood.

Warning: this is an excerpt from Aqualon, Rise of the Broken.

Rei the Null is Summond to the Grand Master
Since the days that men first saw the shape of the Great Clockwork, their sense of their own existence has become more and more refined. And to that existence there are five parts and between them five gates. But just as the opening of the first gate would necessitate the opening of the fifth gate, the light of the universe made flesh brought forth the shadow of that light made flesh as well. There is no power misunderstood like the fifth; shadow means nullification, the return of one thing to its original state, the unmaking, the release. Oft it would be viewed as a weakness or even as evil, but nothing was further from the truth. As the counterpart to entropy, shadow was but a part of nature that was necessitated by light, or so the Brotherhood of the Null believed. Some of them even called themselves the shepherds of souls, guiding roused souls back to sleep, thus making flowing magic ebb, and for good reason, for magic has wrought great devastation onto the lands of Aqualon far too often.   Rei bowed his head as the silence around him was ever-shifting, just like the dark. “Grand master, you have summoned me.” The grand master nodded. Cloaked not just in coal black garb, but seemingly living shadows, the grand master of the order was a sight to behold, inspiring and yet, on a very basic, instinctive level terrifying. “Brother Rei,” he said in a deep and quite courteous voice, “it is good to see you, what comes to be will come to naught.” In that he cited the customary greeting of the brothers of the Null. “The world will soon wake in chaos and as it does so must we. The brotherhood has lived in seclusion for seventeen centuries, but now mankind shall know us once again,” he proclaimed.   Rei opened his eyes wide in disbelief. He had lived and served in the brotherhood for all the life he cared to remember, acolytes were guided here by fate at a young age or as the wise men said: by the gears that entwined with their souls and made them walk the face of this world. Never had Rei seen any of that world other than the Black Sanctum, the Silent Ponds, and the mountain fields of the Ever-Clouded Pass, save for long faded memories of an uneventful childhood on the Yamato Mountain Range. Nor had he ever whished for more. Still, the brothers served the brotherhood and that cause would give him strength, for he already suspected what the grand master would ask of him.   “The Three-Eyed Sentinels have summoned me and told me of the days to come. A shadow more ancient than our order has awoken in the lands of man and it wishes to nullify creation itself, to break the clockwork. They say it appears as a yellow glimmer in the dark that eats at shadow and light all the same until they are no more. The balance we are sworn to uphold is the balance of the three truths, brother, what seeks to break that balance has no place in this universe, so we say. And so it shall be.   The Sentinels say that one who has lived through the grasp of those shadows will rise and fight them with his own hands and the hands of all free men at his side, but - he will need time, and time he has not. For this reason I have summoned you, Brother Rei. You are strong and a master of the fifth gate as you have proven. Pick four more brothers to walk with you and seek out the five cities of the Middle Lands, there you shall find the minions of this dire threat and there you will take the powers that they would abuse for evil.” The grand master’s command was spoken and Rei was bound to follow. “What comes to be will come to naught,” he said and bowed his head again. Then he left the grand master to the shadows and made for the Silent Ponds to collect the first companion for his quest…


The Brotherhood of the Null

"What Comes to Be Will Come to Naught." - A black wave washes over the land and all magic ends. (5033 Words) 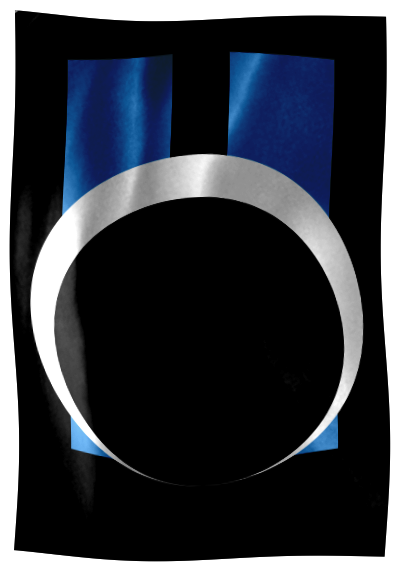 The Brotherhood of the Null lives at either ends of the world in Black Sanctums made from monolithic onyx, raised out of the mountain side of the Eastern and Western Walls of Weltenend. There they practice meditation, study and chronicle old texts, heed the warnings of their seers, and secretly keep magic that threatens to overturn the world at bay.