The Travlers Guide to Aqualon by Thadeus Fletcher was a regular column in the HJT Gazette in the 1580s GE. ~ 553 Words

Read the Transcript of the Relevant Article
A ponderous note this time, dear reader. As travelers we touch many cultures and societies, never truly becoming a part of them, but rather gliding from fleeting touch to fleeting touch. We are outside observers who see the good and the bad, and take both of them as experiences well earned. And as you read this Travelers Guide to Aqualon column, perhaps you will take this little piece of advice to heart: we are all people that sprung forth from the same gate. We are all one family, in a sense, so don't cast away your brother, your sister, keep them by your side, and doubly so if they are injured. Be kind.   Now, you may wonder why I begin this column on such a heavy note when last I was so enthusiastic about my upcoming travels. Well, perhaps you recall the den mother of a blighter house that gave me the tip to join Shen the smuggler's party? It seems that connection was no coincidence. I have said it before, and I will say it again more clearly: there is no shame, no inhumanity in spellblight, and if the Church or anyone tells you otherwise, let them be damned. I have met nothing but good, honest people, cursed with the hallmark white hair and blue eyes of the blighters.   After leaving Arkatrash, Shen and his men pay a ferry's captain to take them and me up the river for some time, though when we step ashore just outside the Red Sands, we switch to horseback. I don't know how to ride. Horses don't live on all the islands. The only one I've ever seen them on was Graanshoof, which is pretty ridiculous if you think about it, seeing how small the island is. But such is tradition. If you do not know, dear reader, outriders that rode along the Hoof Dyke to check it for damages each day were the norm before the dykemaster's towers had been established. They still do dyke rider races to this day I believe. Still, I am sure this little story will not have sufficed to distract you from the issue: yes, I fell flat on my bum a few times, and the trip was somewhat uncomfortable for me. There may or may not have been some mockery from a band of smugglers involved as well.   On our way to the great city of Aquaris, we follow a smaller river that flows into the Giranja called Giranja's Tribute. We are on our way for around three days, and as we travel, we stop by several houses, the owners of which seem to know Shen well. Two of them are a good bit away from the river and strangely concealed. Families of blighters live in them. They are happy to see Shen and invite him in without a moment's hesitation, and the man himself is a Gentleman throughout both visits. His men, however, make camp outside and it takes less than two words with them to know their stance on spellblight vicitims. I decide to stay with the family and Shen instead. Luckily my stories from abroad are the key that opens many doors and I am welcomed to a hearty meal and tales of the First Planes on which we currently are as it seems.   One of the blighters, Charti, who has adopted another blighter child from Aerialis tells me a bit about the conditions they both had to live in before Shen and the Black Market struck a deal with them, though I do not know nor am inclined to ask what the nature of that deal is. It seems they both caught the blight in Aerialis where magic engines are prevalent throughout the daily life of its citizens. There is always demand for what is apparently called ''arcane labor''. You see, when touching a magic engine with bare flesh, the spell ink mandalas worked into it activate and it produces any one of a number of magical effects. There has been quite the revolution In the Middle Lands since their inception some seven hundred years ago. But even though the people in charge keep up the appearance of regulation, criminal organizations have long since abused the poverty of the less fortunate to leverage money out of the lucrative arcane labor business. Since overusing magic engines causes blight, Much of the more impoverished parts of Middlish society can present a strand of white hair or worse. Charity and Susan make no exception. Seeing the little girl and thinking about the abuse and exploitation she has suffered from at such a tender age makes me shudder.   Now, perhaps you may think to yourself that Shen's men hate the blighters for the same reasons the Church does: damaging and perhaps losing their soul, though I am quite confident that their souls are fine... Well, you would be wrong, for you see, these men are folk of the Yamato Mountain Range where blighters are called yasha. It means something like demon or evil spirit, and as I understand it, the Yamato people quite literally believe that those suffering from spellblight have traded in their souls to become spirits and monsters. I can only hope that such a shameful marginalization won't be prevalent in Aquaris. At least in these lands, killing blighters is still considered a crime, though I wonder how strict the enforcement of the law would actually be when the victim has white hair and cobalt blue eyes. The squalid conditions most of the blighters I have met in Arkatrash come to my mind as we move onward and the magnificent, gleaming tip of the blue-white Spire of Rahn comes into view in the far distance. At the time I had not paid much mind to it, for their bright smiles had outshone their poverty.   T.F. 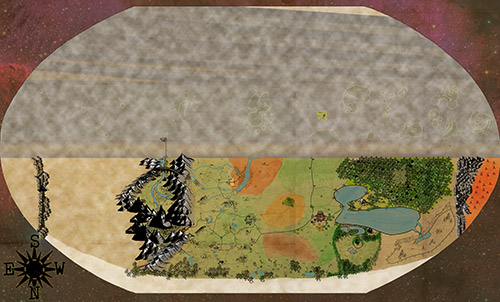 The Travlers Guide to Aqualon by Thadeus Fletcher was a regular column in the HJT Gazette in the 1580s GE. ~ 553 Words

Related Aqualon Facts of the Day

After the Declaration of Existential Independence between 22 and 25 GE, during which Borealis prepared to and then jumped away to the South Pole to forever isolate itself from the world and become a technocratic mega-utopia, the Corsic Ocean was left with a power vacuum that threatened to collapse it. The main actors taking charge across the Seventeen Yonder Islands were the Church of Pure Souls, the reemerging Great Pirate Houses, the cursed land Jamphel Yeshe, and a little bit later the newly formed Hank & Jordan & Tenzer Corporation, which expanded the weakened Hank & Jordan's Cooper and Shipwright Guild into a booming business of mages for hire, which would escort trade ships and liners through the Corsic Ocean, which was now pirate-infested. These mages are still operating today as HJT has grown to a powerful entity within the Seventeen Yonder Islands, and they are generally referred to as "Ferries" due to their occupation of ferrying people safely across the ocean.

The Hank & Jordan & Tenzer Coporation has diversified quite a bit since its founding in 390 GE. Turning into a lucrative business, they have reclaimed some of the old Hank & Jordan's cooper works and shipyards, opened profitable trading routes across the Corsic Ocean, and even published a series of story books called "Ferry Tales of the Ocean Belt", which boasts twenty-four large volumes by now and a roughly five-thousand issue story magazine called "Silfs of the Sea" has been in circulation around the Corsic Ocean and even the Great Land since 1304 GE, coming out monthly pretty much ever since.


Related Reading for the Main Article

Answering: "Describe the most marginalised ethnicity in your world."
Visit IsaNite's Competition Page Check all other answers to this prompt Competition Homepage

They still do dyke rider races to this day I think.

Change to ...to this day, I believe. Flows a bit better and sounds more natural. That whole paragraph felt a bit jarring with the joke about falling while riding compared to the heavy intro paragraph.
Now working on
The Hylian Fantasy

We'll be on our way for perhaps three days,...

Switched tenses here.   Seems fine other wise, ifna bit abrupt. I would have liked to hear more about the visit with the blighters. I feel this is one time where trying to be concise for Camp readers may have hurt the article just a bit. Its a very fine line that troubles you, I know. I will say, honestly, that I do enjoy your world very much, and I can't wait till I have time to read everything.
Now working on
The Hylian Fantasy

Thanks Barrel! It is always great to get some constructive criticism. I changed the lines in question, since I too had my reservations about them, so I'm glad someone else pointed them out to me too, that really broke the tie.   Now, you are correct, I do struggle with the challenge formats in general and finding a balance between writing the right amount and not leaving out too much has always been the real challenge to me. On one hand I understand that people don't want too large a package at once, plus writing major articles every day would be a tough job indeed, on the other hand I do dislike censoring myself to fit a mold.   In this case I do agree with your assessment that going a little deeper than the surface would have been the right way to go. Luckily nothing is written in stone, so I have added a whole new block underneath the picture, in hopes that it'll expand a little on the picture's caption, which I initially intended to carry the load of giving a bit of insight into his talks with the blighters.   Though, admittedly, I still went the systemic route instead of talking about what kind of lunch they made, not sure that was the better choice. 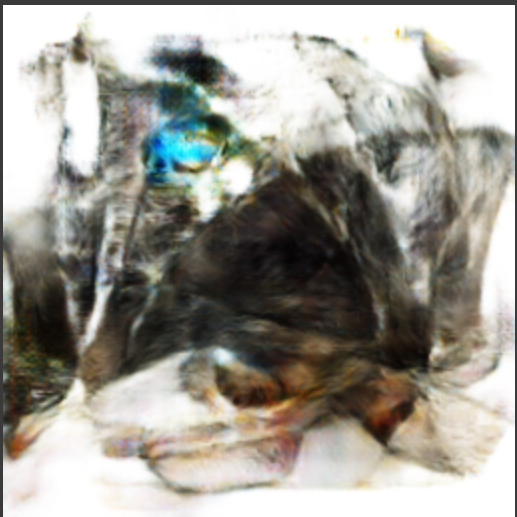 Wow that's cool. I especially like how the transcript is presented for alternate reading.

Well, I know some people have trouble with the newspaper format, so I want to offer a "turn off the fancy and let me read" alternative ^-^

The way you do your document effect will never get old.

But... it is supposed to look old... but it will never get old... but being old is the purpose... but it can't fulfill its purpose if it never gets old... why does it smell like toast? logic circuits on fire xD