The Locks and Quays

A family for misfits.

Hidden in plain sight within the city of Capstone, The Locks and Quays are a secretive guild providing a safehaven for anyone who has been proclaimed a thief or a misfit and has been outcast from their community. They have gained a reputation for being a band of homeless bandits and pickpockets, though in reality many members have a heart of gold rather than a pocketful.

Silence in the boatyard,
Silence in the street,
The Locks and Quays of Capstone
Will rob you while you sleep.
— popular children's rhyme

They have taken refuge in the ruins of Talan Castle and try to remain hidden. They maintain the castle's derelict outer appearance so that local authorities aren't alerted to their presence. Inside, they have done a great deal of rennovation and structural support within the interior passages and chambers to suit their accommodation.

Guild Master - Oversees new members and make sure they are bathed, fed and safe.
Fence - Buys stolen goods on the cheap to sell overseas where it won't be recognised.
Eyes - Looks out and patrols the castle from the shadows in case of authorities or unwanted visitors.
Cudgels - Take care of any fighting, both within the walls and outside.
Locky - The generic name of every member (derived from "Lock-Quay").

The guild provides a safehaven for thieves and misfits who have been outcast from their families. They can help feed the homeless, or they can hide criminals. They also try to provide passage to other isles or countries for those wishing to escape their crimes or their old lives.

Talan Castle, stolen goods, fences, connections to smugglers, access to the waterways, blueprints of many shops and buildings in the city
Log in to World Anvil to view
bonus content and secrets! 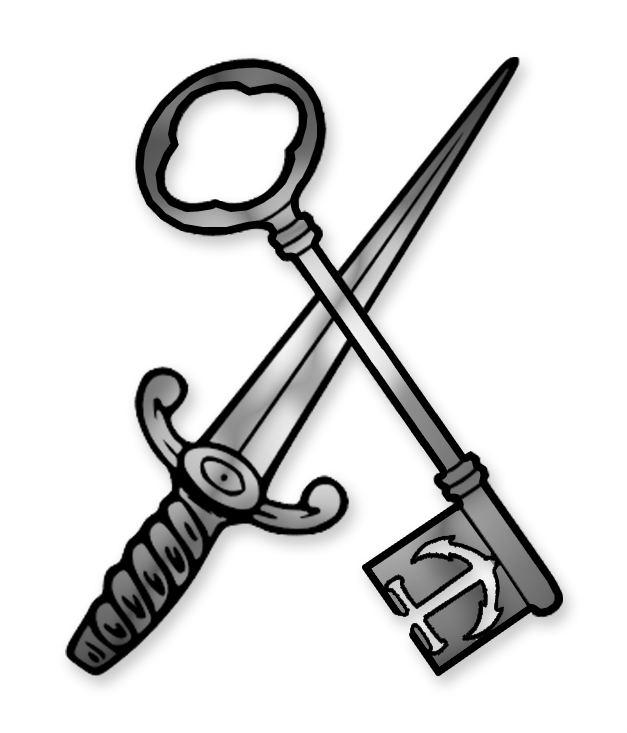 The path, we take

The guild's logo is a crossed dagger and key, with the key containing the shape of an anchor. The Locks and Quays is a play on word for "locks and keys", as the thieves often operate around and target the dockyards for their illicit activities. All of the best things are behind lock and key, or are around the locks and quays of the city.
Founding Date
133
Type
Guild, Thieves
Demonym
Lockies
Location
Talan Castle
Notable Members

A vast network of stinking underground tunnels, home to vermin and scavengers.