The Capstone Kidnapper was (and potentially still is) the most notorious criminal in the city of Capstone. Despite years of investigation, the kidnapper has never been caught, but records from witness accounts still keep this case open and the Capstone Curfew active.

It all began in the back alleys of Capstone. The dodgy looking ones that nobody wants to go down because it reeks of piss and it's so dark you can't see where you're stepping (or who's down there waiting). Many of these alleys are home to the Gutterborn: misfits, homeless, criminals and beggars. No reason to go down there unless you've got shady business to be doing.   Anyway - rumours started surfacing in nearby pubs and inns about a few Gutterborn kids going missing. No one payed this much mind, kids like that go 'missing' all the time. Fallen off buildings from roof-running. Drowned exploring the sewers during a storm surge. Enforced into labour or shipwork. Happens all the time.   Then everyone is banging on about it. Even more Gutterborn kids have gone missing. Never the grown ups either, just the kids. The guards were told but honestly they have little time for rescuing criminal children. Time went on, kids were still going missing and then out of the blue the Guard Captain's son hisself disappeared. That got their attention. Suddenly the whole city is on full alert, posters on every corner and a curfew enforced so that no one under working age is allowed out from the hours of sundown to sunbreak.   Despite the Capstone Curfew, many kids still snuck out to play at night. Who could resist playing hide & seek with the danger of a supposed kidnapper about? It's just a story, right? Well - they kept disappearing. The curfew got stricter and now you need a worker's permit to be allowed out at night even as an adult.   They still haven't caught the bastard who caused this mess. Those poor families.

The entire Capstone guard is on full alert and have taken on extra staff to cover night shifts for patrolling the city streets. Nearby settlements have also been notified and have a copy of all witness accounts to help try and identify the kidnapper. Search parties are periodically arranged outside of the city in nearby woods, beaches, mines and caves to try and locate the missing children. None of the searches have been successful.   The kidnappings have ceased now with the strict curfew in place, but with so many families affected by the loss of their children, this case will remain open until it's solved.

Tales of the urban legend have spread far and wide, and are now used to scare misbehaving children into better behaviour ("or else the Capstone Kidnapper will take them away"). Parents are much more guarded with their children and have become over-protective and restricting of their activities and freedom.   For the Gutterborn, things are worse than ever. Safety in numbers is the vibe that hangs thick in the air as alliances are formed and Gutterborn Gangs are formed to guard their own streets with muscle and glass. This has only caused feuds and suspicion between rival gangs and has sparked more than a few fights against the Capstone guards who have stumbled on alley tripwires and other ominous defences.

FOR THE KIDNAPPING OF CAPSTONE'S CHILDREN

Citizens are advised to be on the look out for the Capstone kidnapper, a tall and gaunt looking man with a long leather coat and a shepherd's crook. The assailant, a likely worshipper of The Way of the Shepherd, uses his staff as a weapon to take the children. The man is known to be in his later years and has an unkempt beard with streaks of grey.   Over fifty victims have been reported missing, with more unaccounted for from the gutterborn families of our city. Chilren from as young as the age of four, to as old as their adolescent years have been taken indiscriminately from the streets of Capstone in the space of just a few weeks. The city guard are working day and night to track down the kidnapper, and any information you provide could help us catch him tonight.   With Harvestfest rapidly approaching, we are asking citizens to come forward with any information and recommend that adolescents do not travel alone. Be advised to keep close supervision over all young children, or keep them indoors until the kidnapper has been brought to justice. We ask that any affected families come to the city hall to let us know any details of the kidnappings. Care packages will be made available.   The capture and return of this individual, the missing children, or any information about their whereabouts will be greatly rewarded. You will not be penalized for coming forward, regardless of your background. You may also send in any information anonymously either by written letter or by messenger.   Speak with the Capstone Guard for more information. 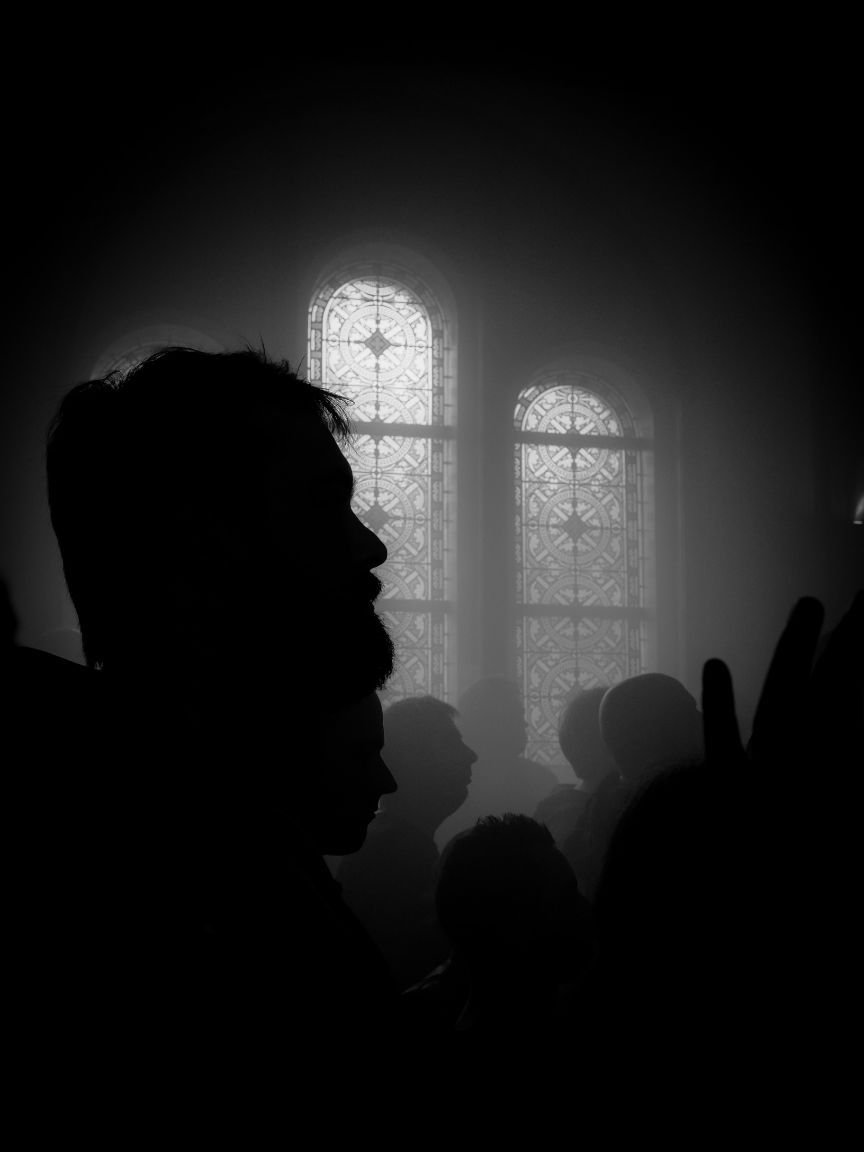 by Francesco Ungaro on Unsplash

"Thiss'l sound quite obsurd, rite, but there was this circle of fire that appeared before some bloke appeared and then ran down that alley."

"It was definitely one of them homeless beggars. The guy was in tatters skulking around the streets just watching people."

"Now promise you won't arrest me for saying, because I'm tryna help here, but - I was taking a piss down in an alley one night when I swear some creep was watching me. When I buttoned up and looked over my shoulder I saw a figure turn down the next alley. The odd thing was, he had a shepherd's crook."

Hello TJ! I think this is the first crit I've done for ya. I hope it is adequate. So I noticed some stuff here and there.   " Capstone. The dodgy looking ones that nobody wants to go down because it reeks of piss and it's so dark you can't see where you're stepping (or who's down there waiting). " Should that period after capstone be a comma? The second sentence is a fragment if not I think but I'm not well verses in these things.     "Anyway - rumours started surfacing in nearby pubs and inns about a few" ooooo I like that this seems to be a story being told. Almost like second person. Nice touch and it kind of explains how their are broken sentences like I mentioned above and also here.   "...missing' all the time. Fallen off buildings from roof-running. Drowned exploring the sewers during a storm surge. Enforced into labour or shipwork. Happens all the time."     "The guards were told but honestly they..." comma after but? Idk I use commas too often so I always feel bad when I talk about it.   Despite the Capstone Curfew, many kids still snuck out to play at night. Who could resist playing hide & seek with the danger of a supposed kidnapper about?"   As a parent, this is utterly horrfying.             "The curfew got stricter and now you need a worker's permit to be allowed out at night even as an adult."   I like that you note the consequences of the case. The fact that this curfew is still going on as well speaks volumes about how important the case is to those involved, and the way you write, as if from the perspective of someone telling the story, shows how people feel about it. Spot on.         "Parents are much more guarded with their children and have become over-protective and restricting of their activities and freedom."   This is similar to what has happened in reality as well. It's an awesome touch and is exactly why I'm the same way with my kids. A+ for realism here.   Safety in numbers is the vibe that hangs thick in the air as alliances are formed and Gutterborn gangs are formed to guard..."   You use formed twice here, and it kind of tripped my brain. The writing is so fluid and then that weird feeling happens that draws my attention away from that immersion.           Now I'm impressed. I was about to come on here and make a complete fool of myself talking about how your (amazingly done) wanted poster has details that havnt even been brought up. I.E: details of the killer like the sheperds crook, the coat, etc.   But nay, I say. I looked at the quotes! Perfection my friend. Very nicely done.   So I love this world so much. Everything i read is great and I'm surprised I havnt critiqued anything yet or gave you the praise I want to give. It really is amazing.   A final note here is the inspiration for the setting. This is the one with all the Victorian elements in it. While the description of the killer is determined by the quotes, it begs the question as to what forensics has uncovered. The Victorian era saw a rise in forensic science, caused heavily by things like Sherlock Holmes and jack the ripper. I would love to no more about the general practice of forensics behind the case and anything they uncovered, if forensics even exists in Melior. Just a little tidbit for further inspiration and expansion if you have the desire for it!   Great work!!!