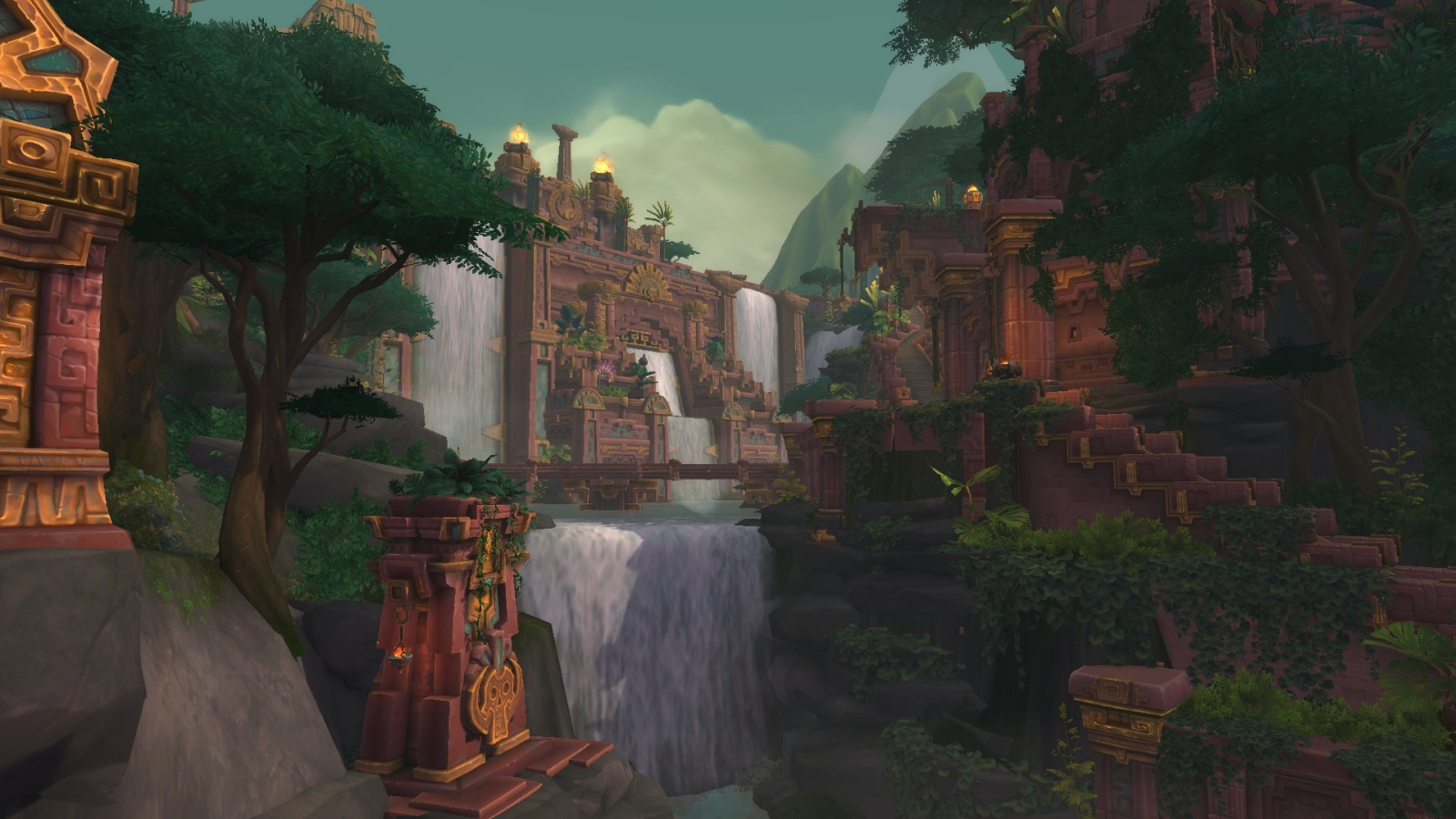 A devout Stormcaller of the Loa Shango, a member of the Darkspear tribe, and Talanjite of the Seventh Rastari Cohort, Parata stands as she fights for three things: Her tribe, her Loa, and her Cohort. Often being divided between which to prioritize when they conflict. And while hot-headed and occasionally struggling to think certain things through, the Darkspear still manages to command her Cohort with vigor as she fulfills the orders of its Tetrarch.   Some may take her tabard and golden armor as a sign she sides strongly with the Zandalari Empire and its goals, but even she is not without gripes against how said Empire functions and those who maintain power within it, however, her almost undying loyalty to the Seventh Rastari Cohort's Tetrarch, and most of its members, have so far kept the Stormcaller fighting diligently for the Cohort's goals, and, in turn, the Empire's.

Parata spent the first few years of her life being raised and taught by her father on the ways of Shango's teachings and of the world she was in. However, after her father perished in an unfortunate ritual to their Loa, the still young Parata found herself without a parent or mentor to the world. For a couple years she remained with the other orphans of the Darkspear tribe until eventually being stumbled upon by a With Doctor of Shango, only a few years older than herself. One who quickly befriended her, and much like her father, taught the young Stormcaller about the world, only with the unfortunate fact that not everything he said or knew was truthful, unintentional or not.   Even under questionable teachings, Parata listened to her newly gained friend's advice as words of wisdom. And not only words either, the Witch Doctor training the young troll in the ways of Stormcalling and event trying to pass his knowledge of being a Witch Doctor. Even if the latter efforts did not go far for her. His own belifies and looks on the world and Loa being passed onto her, however unintentionally false they may have been. Among his teachings and gifts to Parata, was a greatly ornate mask made to honor Shango with gracious blue gemstones socketed inside, something she still treasures as a keepsake to this day.   The two trolls stuck tightly together even as the Horde and their tribe went through several changes, the Darkspear rebellion against Warchief Garrosh Hellscream being one of them. At least until a few weeks before the start of the fourth war, where Parata's mentor to almost everything died in much the same way as her father had: A ritual to Shango gone wrong. Grieving and seeking answers from her Loa on why this had happened, as well as the verge of another war on the horizon, the Stormcaller fled for reasons of both faith and cowardice to Stranglethorne Vale. It was in that jungle she self-exiled herself, seeking to gain Shango's attention in a place she considered close to the Loa. There she hid from not only the other troll tribes, but her own, too, remaining in hiding within Stranglethorne for the entirety of the fourth war.   After having begun to move on from her friend's death, and gotten little from this self-exile other than vague signs from her Loa, Parata eventually returned back to her tribe and a much-changed Horde. One permanently without a Warchief, and that now had the Zandalari Empire at its side.   Less than a week after returning back to the Horde, she quickly ran into an unpainted of the Seventh Rastari Cohort, as well as one of both its Talanjites and Bloodied ones the day after, joining shortly. And from that decision, Parata has been exposed to much. Both good and bad. 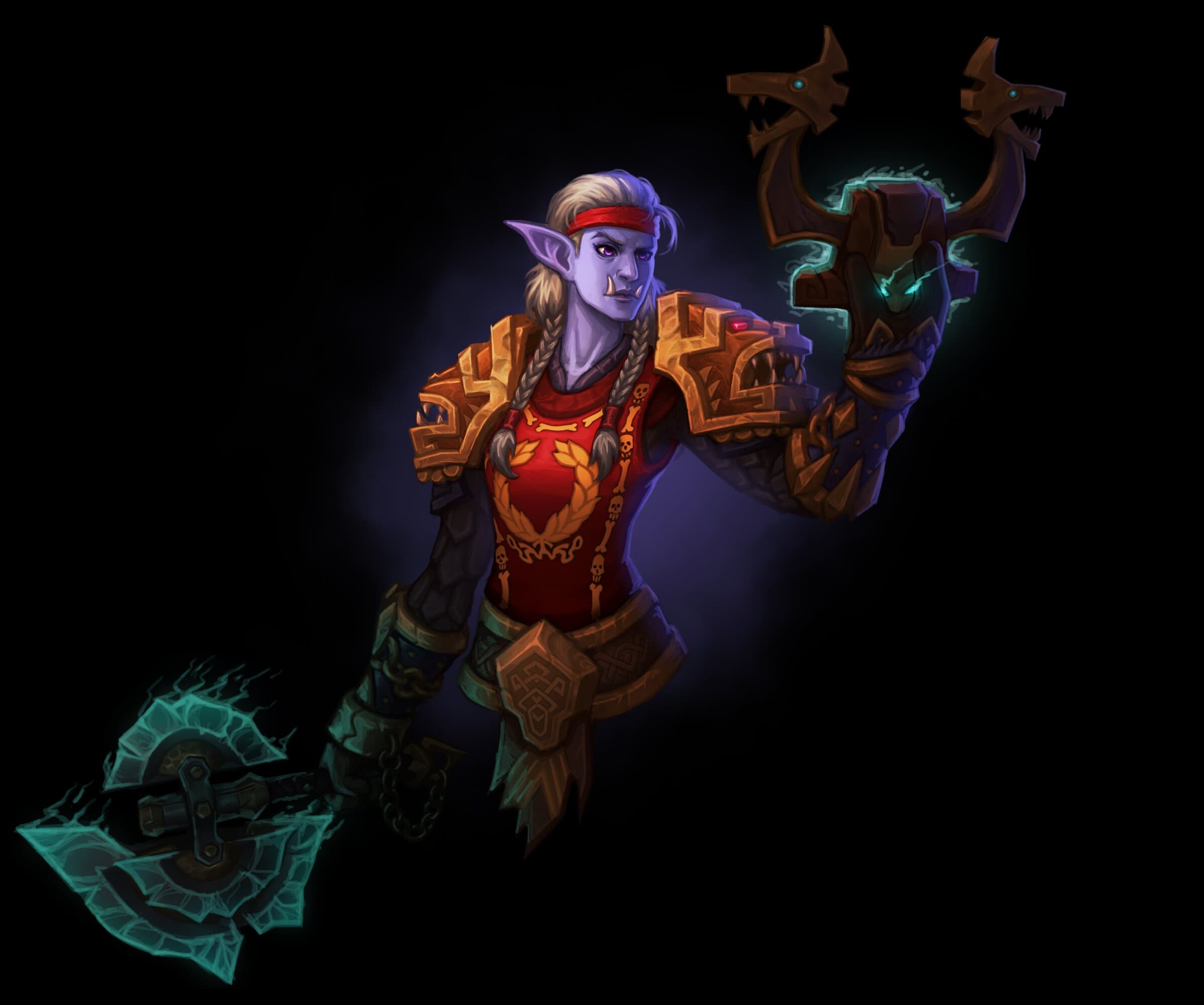