“With the charisma of a ghastly socialite and with a steadfast and unrelenting aura of self-importance, the Forsaken pulls the jeweled and finely crafted blade from the confines of the well-kept leather sheath, his polished armaments glistening gracefully in the pale moonlight”.

“... Having checked your gathered supplies thrice over, you, Archivist Henryk Hemwick, prepare your journey to the frigid lands of Alterac, your task simple, yet potentially dangerous, but you leave the Undercity’s library regardless, eager to search Lordaeron for forgotten knowledge, bring what such may…”.

I. The Archives of Bleakbrook

“... As the grey-haired librarian return with naught but a single decrepit and dusty tome kept between gaunt and pale fingers, you come to accept the fruitless nature of your inquiry. Come first light, your quest for knowledge shall take you to the ruined confines of Alterac’s forgotten athenaeums - seeking knowledge in the scraps of yore... … With the bitter and frigid winds of the Alteraci Mountains continuing their relentless assault on your tent, you prepare both quill and ink with trembling and freezing hands, eager to expand your chronicle and scribe down today’s findings”.

According to the few readable and salvageable documents I was able to acquire, from within that accursed and bear-infested ruin of a library, I have been able to discern the origin of the von Strahd lineage, the forgotten hamlet of Bleakbrook. Contrary to many of the surrounding townships, Bleakbrook had avoided many hardships as a result of its secluded positioning near the mountainous borders between Alterac and Eastweald. Lacking the fertile soil of its neighboring communities, the citizens of Bleakbrook ensured prosperity by focusing on craftsmanship, fishing, hunting, and trading (Source I; Lords, Lands, and Legends, Chapter 15, 3rd Edition, by Audwin Sageborne).   During the First War, Bleakbrook became especially infamous for the high quality of their arrow- and spearheads. While the militia of Bleakbrook wasn’t actively involved in the war-effort, historical records indicate that a small squadron of Bleakbrook Pikemen aided Corporal Francis Wenton and his regiment (13th Altaraci Footmen Regiment) in a skirmish with an orcish Warband near the Hinterlands border. It’s within this context that I came across the mention of the von Strahds.   My findings indicate that one Viktor von Strahd served within the Bleakbrook Pikemen Company as Captain, serving beneath Oscar Kharkov. His admirable leadership and exceptional mastery over his weapon seemingly birthing some degree of renown amongst the upper echelon of the 13th. The full scope of Viktor von Strahd’s exploits in the following years seems to have been claimed by time and the clawing winters of these mountains - the historic records lost. However, the poem, “‘The Lancers of Strahnbrad”, by the Alteraci poet, Tyrella Hitherbirgh, describes a skirmish between the forces of Stromgarde, Alterac, and the barbaric cannibalistic spear-throwing headhunters of Ja’kvamba Dwarfsplitter, there are brief mentions of the accolades and accomplishments of the von Strahds. The breadcrumbs of yore, this trail of decrepit knowledge, is leading me to the mysterious and long-forgotten hamlet of Bleakbrook - I shall cling to the fleeting hope that I may find more answers within such ruins.


II. The Annals of Saltzwald

“... The journey to the hamlet of Bleakbrook proved somewhat different than you had anticipated, there was still a small, all be it downtrodden and hopeless, community existing within the weathered township. Despite their apparent and somewhat malign lack of hospitality, you were able to procure lodging within the local tavern. A thick, somewhat otherworldly mist, hung over the village during your stay, and though you spent most hours clutching rusted and dimly burning lanterns, skimming the undusted records of the hamlet’s ramshackle townhall, you found yourself unable to shake the lingering feeling that you should leave - as if something primordial and evil dwelled beneath the weathered cobblestone roads of crumbling Bleakbrook. With your satchel filled with fleeting parchment, you flee the township, opting to write down your findings within more ‘welcoming surroundings”.

If these records are correct, it would appear that Viktor von Strahd was knighted for his service to the kingdom of Alterac. These endowments brought more than mere nobility, the von Strahds were also gifted land for their contributions during the First War, including a farmstead near the town of Strahnbrad. As proclaimed by the historic anecdotes, the von Strahds introduction into noble society was mostly ceremonial, a well-mannered gesture. However, regardless of the uncertainty of the von Strahd’s assumed nobility, there are several indicators pointing towards interactions and meetings with more prominent Alteraci Houses, such as Saltzwald. A notion indicated by documents archived during this period, indicating interactions with House Saltzwald, the aforementioned house seemingly partaking in the 4th Day of Winter’s Mist- a local tradition from Bleakbrook that the von Strahds seemingly brought with them to their new home. As claimed by Marvel Rudari, a world-trotting author and playwright - who according to rumor found solace in the bottle - a friendship was established between Viktor von Strahd and Lord Aldren Saltzwald. Through his association, Viktor’s only child, Ludwick was allowed the opportunity to become a squire of House Saltzwald, serving the righteous and honorable Sir Oric Gotthard. Though the sources prove scarce, it would seem that Ludwick von Strahd spent most of his adolescence within the Saltzwald estate. Whilst he lacked the brute strength of Sastor Briarthorn’s squire, Willard Boldbridge, and the dexterous mastery over the bow illustrated by Alliandra de Clais, Ludwick proved surprisingly capable within the realms of social etiquette, conduct, and even managed to master the doctrines of the claymore some years later.


III. The Laments of Yore

“... Your quest for knowledge has finally guided you back to the towering pillars of history and knowledge, the candle-lit corridors of the Undercity Library, with your satchel filled to the brim with old and fleeting knowledge, you begin to search the seemingly endless halls for the last pieces…”.

History seems to unfold as I had anticipated, despite the seemingly endless wealth of the Saltzwalds, tragedies and unwarranted expenses emptied the coffers quicker than anyone could have anticipated. These predicaments brought with it countless disagreements and familiar disputes, which correlated with several key-figures of the family leaving their ancestral home and forming the Perroy-Saltzwalds lineage with another prominent family during the Third War. Alas, as fate would have it, misfortune would befall both those that stayed behind as well the members of the Perroy-Saltzwalds - the ravaging, all-consuming hordes of the Scourge, and the scheming machinations of the Cult of the Damned, soon laying wastes to the homesteads. Whilst most of the von Strahd lineage was completely wiped out during the events of the Third War, there’s historic documentation indicating that Sir Ludwick von Strahd continued to serve the lands of Lordaeron after the Banshee Queen ensured our freedom. His assumed adherence to the vows of yore seemingly guiding him towards High Executor Phillip Perroy’s regiment, The Rotgarde.

“... With your task complete, the gathered scrolls and tomes archived within the Undercity Library, you bless the Dark Lady once more before leaning back, enjoying the comfort offered by your decrepit wooden chair - blissfully unaware of the doom to come...”.

Despite the burdens of the grave, Ludwick von Strahd always strives to appear and behave with mannerism and demeanor befitting his knightly position. With posture upright and ever-lasting arrogance dwelling within his crimson eyes, Ludwick is often seen patrolling the weathered cobbled streets of Lordaeron, clad in dark plating and polished chain. His hair, long, black, and often swept back behind his ears, frames his crimson burning eyes and a callous and pale face - the gaunt, yet defined, jaw merely adding further to the condescending nature of the decaying knight. The knight is rarely seen without his blade, a finely crafted, and seemingly cursed, jeweled claymore, and his golden signet ring, a tarnished and oxidized heirloom adorned by a single crimson ruby. 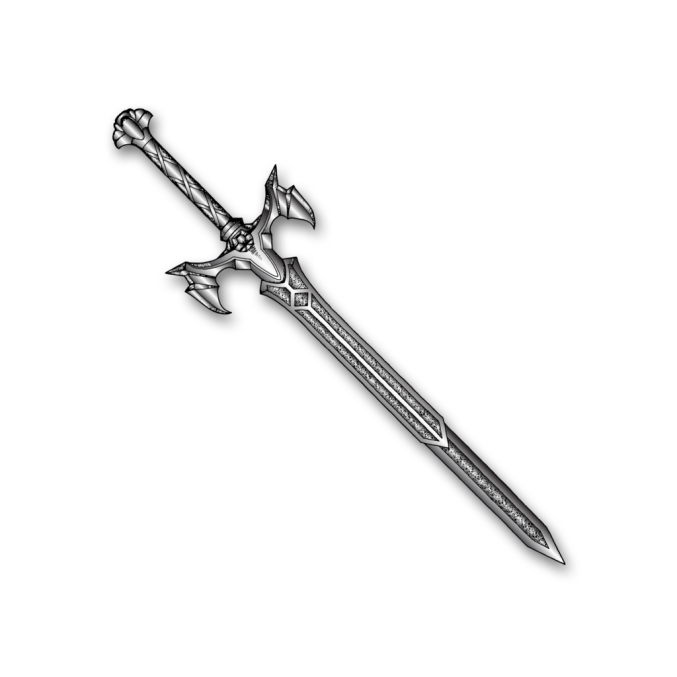 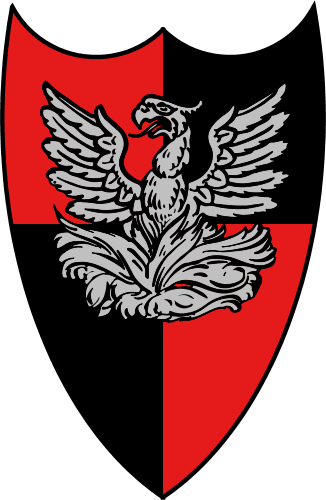