Kezuga, dinomancer of Zandalari Empire and tetrarch of the seventh rastari cohort has heeded the call of War-God Satrap no Whrugi IV and Queen Talanji to serve his empire dutifully. As a leader of the seventh rastari cohort, Kezuga has lead its soldiers across the globe in search of glory to bring back to his people and has gone to great lengths to protect Zandalar, no matter the cost.

Kezuga's parents were a rich and spoilt sort, they were quick to grow weary of what they already had and already expected better to befall them. One thing they had hoped for was their only child, Kezuga, to become a priest but they were left disappointed because their son did not possess a strong connection with the loa, hence practically disowning the child.   Kezuga grew up to become a worker, a hunter for his people and spent most of his days in Zuldazar in search for game to provide for others. During one of his treks, he came across a ravasaur hatchling that had a limp and looked very starving and so Kezuga took the small creature into his care until one day, it was ready to be released back in the jungle. A year passed and Kezuga came across the very same ravasaur, all grown up and greeted the hunter like an old friend.   The ravasaur lead Kezuga deeper within Zuldazar until they arrived at the Garden of the Loa. The hunter was stood before Gonk, Loa of the Hunt, Master of Shapes and Lord of the Pack. In his gratitude taking care of one of his brood, Gonk offered Kezuga a bargain and with that, the Zandalari would receive the powers of a dinomancer. In return, Kezuga was tasked to venture forth and find a "pack" of his own.

Kezuga spent a long time as a member of the raptari but much began to change when the Fourth War began and the Zandalari Empire allied themselves with the Horde. As Zandalar opened itself to the world again, a new cohort was made within the rastari which had the special task of venturing out to Orgrimmar and represent the very best the empire can offer its new allies. Kezuga was recruited into the 7th Rastari Cohort and to participate in this noble cause. 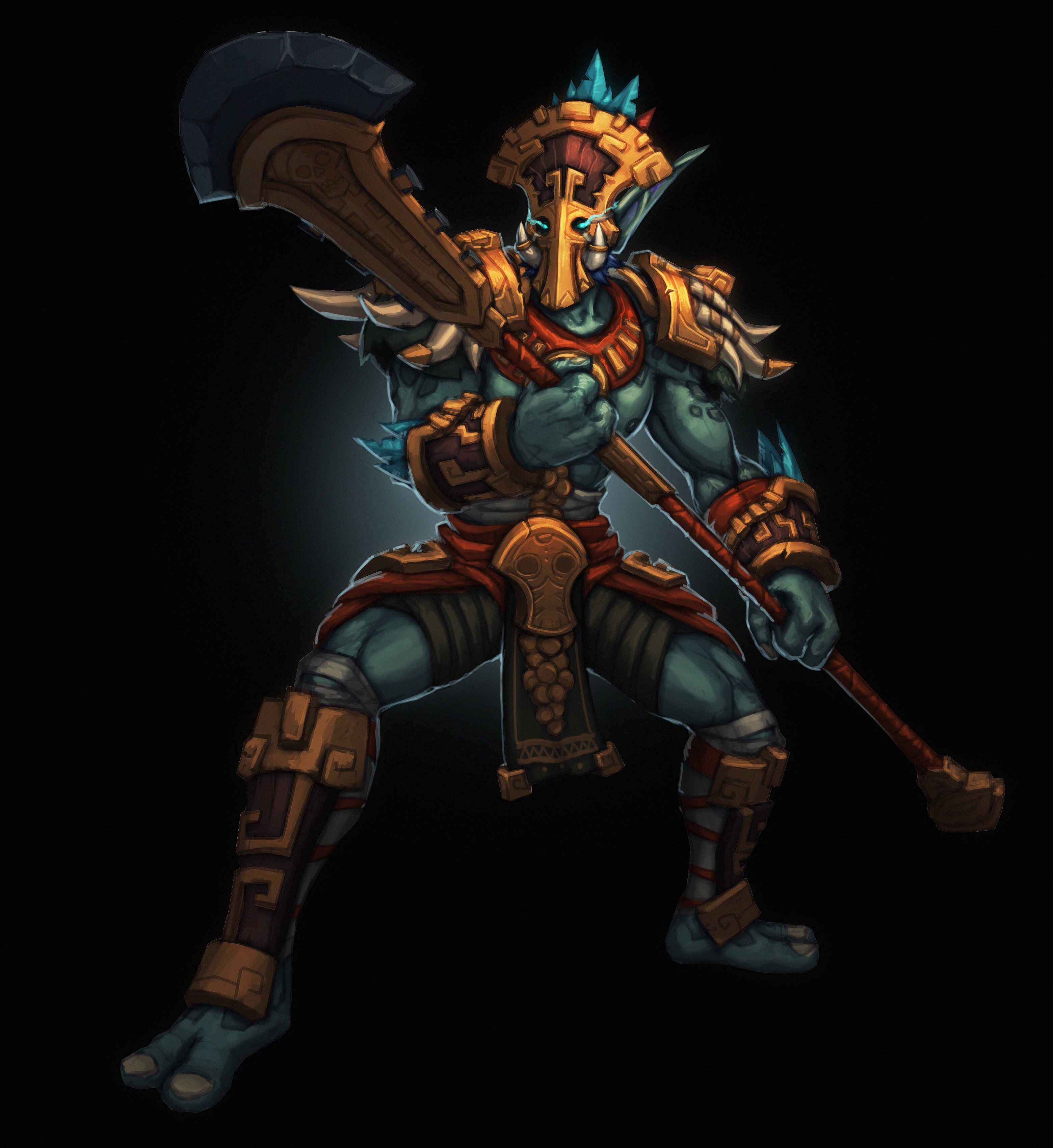