Search for the Vutha Kethend

A Dungeons & Dragons 5e game In the world of Alverion
| Full
When the pantheon was younger, the Dragon gods ruled Alverion as powerful dragons. The dragons of good defended the innocent and provided for their people. The dragons of evil were driven by power and wanted to rule the world to force the underlings to do as they demanded. The dragons sitting in neutrality were driven by the need for balance between good and evil, waxing and waning between the two when one side became more powerful than the other.   After a millennia of this, the dragons fo good and dragons of evil sought to destroy one another, and they gathered their followers and raged war that ravaged Alverion. The war raged on and a subset of the gods broke from their mainstream counterparts and came together in silence to form the Counsel of Vers (power) and they conspired to end this war and banish all the gods (including themselves) from having a physical presence on Alverion. For good the counsel was represented by Ophine (the light bringer) and Ikbium (the valiant warrior), for neutrality it was Phoveus (the sage) and Theldir (the tamer of chaos), and for evil it was Esreus (the lord of bones) and Oton (the rat king).   They determined that they combined could overpower the entire pantheon, so they each set out to forge a weapon ... a dagger ... that would combine with the other five to create the Vutha Kethend. Legend says that each god pt a drop of his / her own blood into the metal to imbue them with power. They met again, and brought the daggers together, but were unable to complete their objective, they were missing something. So they each set out to find the answer. After searching the lands and cosmos they finally determined that in order to banish the pantheon they needed an anchor, a mortal to bind the two worlds, they called this mortal The Anchor.   They soon found what they needed, a Dragon Born with the spirit to hold the worlds together. This Dragon Born was given eternal life and the ability to pass between dimensions at will. He was tasked with the responsibility of Chronicling the world and reporting back to the Gods.   The Counsel of Vers put their plan into motion, and brought the blades of the Vutha Kethend together and started the ritual to banish the Pantheon. But the gods of good and evil and clashed one last time, and just as the ritual came to an end the Dragon gods, having nearly killed each other, permanently cursed the lands that are now known as the Queteth Badlands. But the Counsel of Vers were successful, and the gods presence was removed from Alverion leaving only a hint of their influence behind, just enough to provide the mortals of the land a connection with the gods for arcane and divine magic. A portion of the Queteth Badlands were forced into an alternate dimension, the temple from which the party originated.   The Anchor was left with the six blades, and he embarked upon a quest to hide them in different corners of the world. The blades could not be destroyed, and they had the power to reverse the ritual if they fell into the wrong hands. But there was an unexpected consequence, there was a warning of another mortal called The Seeker who could harness the power of the Vutha Kethend and forge a new world. Nobody knows for sure what will happen if the Seeker is reunited with all six blades. But with enough power anyone could open the door between Alverion and the Pantheon, letting the gods back into the world in mortal form.   Ghyslena, the Dark Queen herself, has started building her army and set out to harness the power of the Vutha Kethend to let herself back into the world to continue her desire to rule Alverion through power and fear. It is her people that seek the blades, and who challenge the Reborn Heroes in this endeavor. 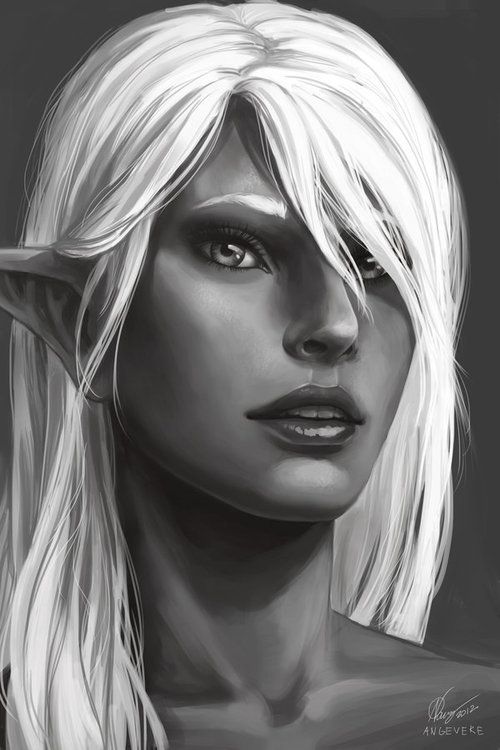 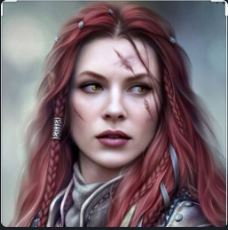 After the Death of Ezhar

When last we left our exhausted heroes, they came upon a small village outside of Fecthi that was under attack from undead and draconian creatures. The Reborn Heroes ran to the aid of the innocent farmers and simple town guards who were woefully ill-equipped to handle such an invasion. Moments after the battle began, Rinn realized that at the head of this attack was none other than Ezhar, her former companion and friend who became a mortal enemy. As the battle came to a close, the silhouette of a five headed dragon appeared in the sky, slowly taking form until it formed fully, or as fully as it could as it appeared little more than a shadow ... but the presence weighed upon the party nonetheless. Just when it looked dire, from the other side of the sky came a pearl white dragon of much the same substance and as these two met the world shifted and our party was left in what appeared to be half-way between the mortal world and somewhere else.

Explore the world of Alverion