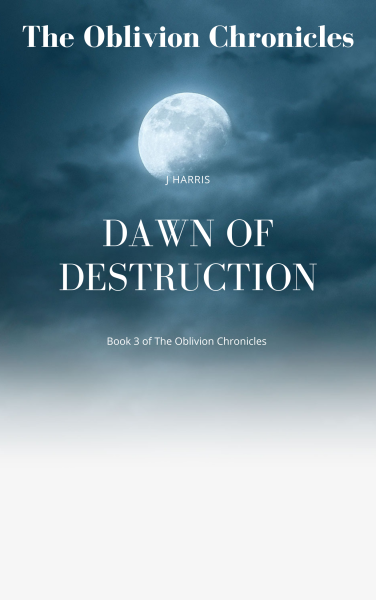 In the world of Oblivion Universe

The jet makes its descent onto the ground, in truth, Alan had been unsure about whether or not he would have been able to land his plane, as the terrain of the north was not suited for take-off and landing. He turns of the engine, lowers the stairs and walks out of the plane with the seven Bot’s behind him.

Whilst he had arrived in the north, he was still a few miles away from the location that he was supposed to be at. Due in part to his desired landing zone was not fit enough to land a toy helicopter, let alone his jet.

“Where are we headed commander Wolfrick?” One of the Bot’s said. in response Alan took out the hologram and gazed for a few seconds, trying to get his bearing. After a few moments he does and walks of towards the south west, followed closely by the Bot’s. wondering to himself, how long it would take for Vernon to locate him and get him back to the manor. Not realising that the people back in the south were about to have much bigger problems than what his current whereabouts were.

As he continued to move, a sound to his right caught his attention. Alan turned around to see the five-foot-long mountain wolf glaring back at him. He paused, trying to keep himself still, usually these beasts wouldn’t attack unless they felt threatened enough to do so. the creature however continued to growl at him despite his stillness. Wondering why the wolf was attacking out at him, he turned around and quickly realised why.

The Bot’s, having sensed danger had raised their guns and were pointing them at the beast which continued to growl at the small group.

“Put you guns down.” Alan murmured at the Bot’s through the corner of his mouth. But too late, the wolf having grown agitated enough, bounded forward. At which Alan drew his gun and fired at the beast, the first shot hit the thick hide and did nothing but enrage the creature. He continued to fire round after round, until one struck home, hitting the wolf in the neck, causing the wild dog to collapse to the ground dead. Alan who had almost collapsed to the ground himself, walked up to the beast, knelt down in the grown next to it and nudged it slightly, checking to see if it was really dead. The wolf flopped around on the ground, completely unresponsive. He got up and walked past the bot’s slightly miffed that they had almost gotten him killed.

Alan limps through the brush of the foothills before turning around at a strange sound coming from behind him. Staff at the ready. Alan continues to scan around before deciding it was just the wind and sits down on a rock in a meditative position. His staff resting on his knees, looking like a monk.

“I am ready for my next instruction.” Alan said looking around at the landscape, behind him the Bot’s stood their guard, as if they expected an attack, which wasn’t all that unlikely. He had been attacked once after all; it wasn’t out of the question that he might be attacked again. Whilst the dwarves and mountain men kept the animals under control. There was still the possibility of another wolf attack, not to mention the trolls. Although they tended to keep themselves up in the far northern reaches, some however were known to come south for food.

“Brother. You have come home at last.” Gerrard’s voice said, his voice echoed around the landscape even though there was nothing for the sound to bounce off other than the snow mountains, which stood arrayed across the horizon. He sounded half pleased and half worried, as if he was scared about what would happen to Alan if he continued.

“It really you then brother?” Alan said, he was trying very hard not to look around, as he knew that there would be no-one there.

“It is.” Gerrard’s voice said.

“I'm not losing my mind then?” Alan asked. He had been concerned when he couldn’t make the voice return at will. Combine that with the fact that nobody else could hear his brother speaking, he had been hard pressed not to check himself into the West Hill Hospital.

“No brother, no.” Gerrard said.

“Why have you brought me here?” Alan asked, it was pretty to be sure, but he didn’t understand why he had to come to this particular location.

“You are here to collect The Water Gem. The last of the unaccounted and unclaimed gems that can be taken.” Gerrard said. which gave Alan a slight pause, he knew that the last of the gems was a source of confusion, some claimed they had found it but hadn’t. whilst others claimed that it was somewhere in the bottom of the ocean. Alan looks around at the scenery, the mountains, the hills the plains, but no water.

“But there is no water?” Alan said, apart from the desert plains of the west, he was hard pressed to find a place that was so lacking in the liquid.

“None that you can see. But your gem will reveal water where there appears to be none.” Gerrard said. Alan looks at the bright green gem set into the top of his staff as a collection of lights come down around him.

“What is this?” Alan said, never in all his time had he ever seen such a strange but oddly peaceful sight.

“Follow the lights brother. They will show you the way.” Gerrard said as Alan gets up and follows the lights looking around at the landscape.

“It's so peaceful.” Alan said looking around, compared to the industrial cesspit that he was used to when he went to the imperial capital, this place was a paradise.

As Alan continues to walk through the hills of Normanguard. The cliffs of the Snow Mountains now cover his full horizon, from land to sky all that was visible was the rock formations.

“How are you here?” Alan asked. That had been the next thing that he wanted answering as, both Charlie and Vernon stated that it was impossible, and a month ago, Alan would have believed them.

“After The Shadow took the death gem. No-one has been able to move on. After I died, I joined them. We are stuck between this world and the lands beyond.” Gerrard’s voice said solemnly.

“Can you show yourself?” Alan asked, he had not seen his brother in almost five years, he wanted to show him that he was no longer the screw up that he had been as a teen, that he had made something of himself. But it was not to be.

“No. Not outside the old black temples that litter this land. It has taken me this long just to be able to speak with you.” Gerrard said. Which whilst not the answer that Alan had wanted to hear, it did give him some small comfort that his older brother had been trying for so long to contact him from beyond the grave. Alan doesn’t say anything for a moment until an idea came into his head, brought there by his unusual answer he had given the dwarf before he took off from Normanguard.

“Can you see the future?” Alan asked, he wanted to know why he had been so certain that he would never return to the mountain.

“I exist out of time itself, where there is no future and no past. Only the present.” Gerrard said.

“Can you help us in the wars to come?” Alan continued moving through his questions now at lighting speed.

“I can only show you to a place where your questions will be answered.” Gerrard said as Alan arrives at a mountainside where he stands in place, waiting.

“What now?” Alan said looking up at the cliffs, there was absolutely nothing here other than the mountains. Before Gerrard's voice comes through again.

“Simply place the gem into the cliff-face and all will be revealed.” Gerrard’s voice said, it seemed to be more distant now. As if his older brother was trying to speak over a bad radio connection. As Alan places the tip of the gem into the rock, waiting. A crack appears getting wider until the rock falls away revealing an archway and a set of stairs that go deep underground. “Be careful. You will not be alone down there. The fears you take down with you will show themselves to you in this place.” Gerrard’s voice continued as Alan uses his staff to illuminate what he could of the newly created structure. There wasn’t that much, just the stone steps descending with old torch brackets that had no light left in them. He then turns to the Bot’s.

“Wait here for my return.” Alan said before he takes one last look at the archway before descending the steps down below the ground, uncertain as to what he would find below.