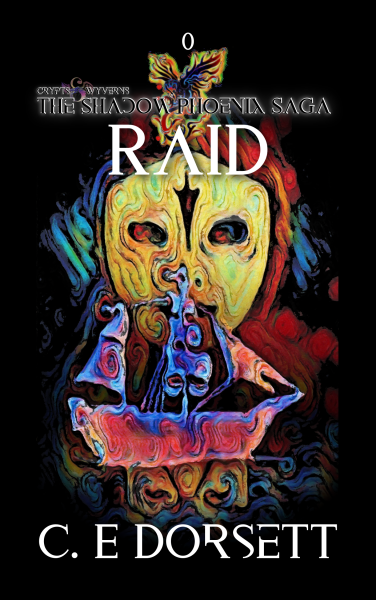 Chapter 5: The Maiden of the Moon

Bas lay on his bed, starring into the beams and boards of the ceiling. His muscles were sore from the fight. Now they released their tension since they escaped unharmed.

To focus his mind, Bas recited the oath of the mariner, “we rise with the tide and ebb with the moon. For honor, we risk the waves. For glory, we test our mettle. For freedom, we fight.”

As the only rhymer aboard, it was his job to commune with the waves and understand the ways of the sea, but the ocean kept her secrets from him lately.

The light of the moon crept across the floor, whispering a sweet melody into the room.

Bas sat up in bed and listened to the song. It wasn't the same melody that invaded their dreams and kept sneaking out of them whenever they let their guard down.

Cold isolation filled the notes of the tune and tugged at his heart. The simple melancholy of the song lingered like an ancient haze in the long-forgotten mausoleum.

At first, it pretended to play on a reed flute, but it was a feminine voice.

Bas slipped out of bed and wandered over to the breathsteel window. Shafts of silvery light stirred the water of the placid sea, churning small ripples into its glassy surface.

Bas headed up to the deck to get a better view of the sky.

Jade paced back and forth on the quarterdeck while Dream slept under the wheel.

Light streaked down from the moon, splitting like the sun through a tree’s branches. They dipped their fingers gently into the water as if testing the temperature before stepping in.

Otherwise, nothing about the moon appeared different or out of place.

Stories proliferated of denizens of the Argent Throne, toying with the people of Nalea to their own ends.

The beam raised up and caressed Bas’ cheek like the gentle touch of a lover. His feet left the deck until the light passed. He pressed his forehead against the window as his chest tingled.

Bas glanced at the door to go below deck. Should he wake Maeve? He shook his head. If she wasn't up here already, she must have been asleep. He didn't want to be the one to disturb her from her rare slumber.

A shaft of light touched the deck next to him.

Without thinking, Bas stepped into its gentle embrace. As the beam moved, he kept pace with it in a sweet courtship dance.

Silvery embers flared from the light and drifted away from his skin. These embers joined the dance around him like glittering fireflies caught in a light breeze.

The water bubbled and boiled around the ship. A soft blue light filled the air.

Thundering footsteps ran toward him. “What is happening?” Jade asked.

Bas lazily glanced at him and smiled before realizing that his feet no longer touched the deck.

Jade reached for Bas, who grabbed his hand.

The silvery light pulled at him like a current in the water.

Bas pulled on Jade’s arm, but his hand slipped like a slippery oil coated them. Delight filled him as the light seeped into his skin. He didn't want to get carried away but bore no ill will at the power that raised him into the air.

"I think a moon maiden fancies me," Bas said as his grip finally slipped off Jade's hand.

In his studies, he learned light body technique and could run through the air like any adept of the aetherial arts. This floating felt nothing like that.

Would he ever return to the ship? Maeve was the closest thing he had to family since The Crimson Tear sank, taking his family down with her. Tears filled his eyes. He cursed the pirate Lost Soul under his breath. Once he looted their ship, he didn’t have to sink it. They surrendered. He would never forget the look in his father’s eyes recorded on the log crystal. He couldn’t believe they fired on the vessel after they took their cargo. There was no reason to take life like that.

Was it worth it to give up his family in pursuit of his dreams? He struggled against the pull of the moon. Futility mocked him with an ecstatic thrill that flooded his body as he gave in to the flight. Whether he returned was out of his control.

Whatever was happening reminded him of a time when he and Maeve were playing in a small stream on an island their parents moored on for a bit of R&R.

He’d swum too far out and got caught in the current. It pulled him downriver. When it happened to him as a child, his body shook, and he whimpered. The life on the sea had shown him the horror of drowning. How could he drown in the sky?

His entire body lightened, like floating in a dry ocean that neither wet nor coated his skin. It's not as though he felt nothing touching him.

Icy fingers stroked his cheek and his neck from the very light itself. It tingled and excited him. He never imagined what it would feel like to come to the attention of one of the noble spirits, or even a deity that ruled over his world. He’d read tales of ecstatic rapture and imagined this must be what they were talking about.

As he looked down at his ship below him, a school of stellar cloud rays burst out of the sea and spiraled around the ship.

They danced around him as if they could hear the sweet melody of the moonlight calling to them as well.

His heart fluttered, and he couldn't help but laugh as the rays danced through the sky and the shaft of light carried him further away from the world he had known.

The lightness filled his body and he spun through the air.

With a crooked smile, he focused on his breath and added to the effect with the light body technique that allowed him to walk on water and run across the aether into the sky.

He danced into the sky with the cloud rays. The embrace of the moon took hold of him.

The presence in the moonlight took him by the hand and twirled along with him. He felt each of their icy fingers wrapping around his hand and touching his waist.

Bas sighed. Part of him wanted to swoon, to give himself over completely to the ethereal joy that called him up into the heavens.

It never crossed his mind to ask why he was flying, dancing with the light surrounded by cloud rays. Nothing had ever felt so natural to him.

He craved to hold the stranger who danced with him close. He longed to kiss down their neck and feel their skin up against his face. More than any of that, he longed to see them.

What strange benefactor had chosen him and plucked him into the sky to dance among the twinkling stars?

Glancing down at the world so far below, he could no longer make out the shape of his ship or the glassy reflection of the stars in the ocean.

Would he ever see his friends again? He’d heard stories of heroes who followed the wrong path and ended up trapped on the moon in the service of the Argent Throne.

He didn't know, neither did he care, how he felt about that in this blissful moment in the sky. He wanted a life of adventure, and what greater adventure could there be?

Heroes of legend parlayed with the guards on high, not sailors from the archipelago. Never had he imagined such splendor being granted upon him.

All things come with a price attached, a favor to repay, or an experience that can never be taken back. He didn't know what he would have to pay for the grand adventure of running across the sky, but he was sure that he would pay it gladly when the bill came due.

He only hoped that when this adventure was over, he could tell his friends everything about what had happened. After all, what good is an adventure if no one ever heard the tale of it?

The stars grew brighter, casting out the darkness of the night sky. Everything glittered with a silver sheen. The air was crisp, like after a freshly fallen snow. His breath sparkled in the cold light. He couldn't tell if he was moving anymore.

Shadows broke the light up into bas-reliefs depicting battles against the great demons of the night. Proud Warriors of every gender used swords, bows, and spears just straight down the cloaked menaces.

The most beautiful woman he’d ever laid eyes on floated before him.

The moon maiden’s silver-white skin glowed with the light of the moon. Silver lilies adorned the comb holding her white hair up. Her silky dress hung from her body and her arms like a gentle spring breeze.

“Sevashton Worldwhole,” she said in her heavily accented voice. “I choose you to be my champion in this world.”

“What do you mean?” Bas asked.

With a tender smile, she replied, “you are my Palatine, my champion. Of all the people of Nalea, I have chosen you to carry my banner into the world. My power is yours. All you have to do is stand against the darkness that hungers to devour this world.”

Bas smiled. “Why, out of all those people, have you chosen me?”

The moon maiden gave him an appraising look and giggled. “Because I have chosen you.”

She spoke with such a gentle finality it would have been an insult to question her further.

He’d always longed for adventure. The thought of all the things he could do as the chosen one of a moon maiden clouded his mind. "Of course I accept."

She waved her hand at him, and the light shone from her heart into his body.

He shivered. It was so hard not to collapse to the ground. Even if he allowed his knees to let go, he would float in front of her as her power surged into him.

Shuttering, he peered down to see himself kneeling before her. His image growing fainter and fainter as it dissolved into the light.

His skin grew so cold, but he could no longer shiver. The previous lightness was heavy under the weight of all this new power.

He didn't understand what was happening, but the one thing that was certain, his old life was over. It faded away with the image merging into the light.

He smiled and beheld the world around him as if he were the moon in the sky.

The sky opened up beneath him, and he descended back to the deck of the ship as his hair faded to silvery white and his eyes shone like the moon.