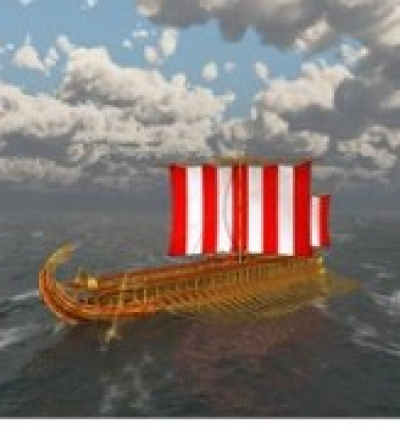 In the world of Creation

They'd been swimming for days.  Even for a people that made their living on the ocean, that was a lot to ask.  Their fresh water was gone.  They'd eaten all the seaweed they could.  Their oiled skin was shriveling under their oceansuits.  They were cold.  They were miserable.  And in a few moments they would have to take on a Rennon military installation filled with a few hundred of the hulking red bastards.

Spark had been regretting putting forward the plan for this surprise attack for most of the last two days.  She and the other women of the Porpoise Clan had immediately known it was both vital for success and very likely to end in several deaths.  But her lifemate had inspired the clan to finally strike back against the Rennon oppressors and this was the time for bold and daring moves.  Now her and 40 other women had taken their deep breaths and submerged, dragged behind rapidly swimming porpoises and heading for the center well of a floating fortress.  She and her clansisters needed to eliminate the warning system atop the fortress and disable and/or steal every ship docked here.

She looked right and left through the murky water.  In tight formation they clung to the reins of their harnesses.  She could see only a few in either direction, the starry night sky had not given way to dawn yet.  A shadow passed overhead and she saw the keel of a Rennon cutter.  Five of her clansisters would surface silently next to it and begin working on drilling leaks.  Five more would break off for the next ship, and so on.  That left her and four others to surface inside the well and start making their way up inside the tower.  The signalling device at its top was their goal.

She'd been under for three minutes when she felt her porpoise suddenly slow and turn.  With its body out of the way she could see the brightness of the center well shining through the seawater.  It was a square about ten armslengths across.  She swam to the closest corner and looked up through the water.  She saw no one.

Her lungs burned.  Three minutes was a long time, even for her.  A glance side to side told her that her clansisters were feeling the same.  They knew this was the most dangerous part of the mission.  Surfacing in the middle of the fortress while short of breath.  It could all be lost right here.

She nodded up and the five of them slowly rose and broke the surface.  They all fought their burning lungs and kept their breathing even.  Their light blue skin glistened like turquoise statues.  No sound came, no shout of warning.  If they were discovered here there was no way to swim back out under the fortress without time to breathe.  Spark looked over at her clansister Ember.  They winked at each other.

With a motion to the others, Spark reached up and grabbed onto the edge of the floor above her.  They had all put on spiked gloves and wore slim leather boots with spikes embedded in the sides of the soles.  With the assistance of the spikes she easily pulled herself up and crouched on the wooden planks, keeping herself low to minimize sounds.  Ember crawled up next to her.  The other three came up into the wellhouse at the other corners.  The room had several large pumps made of wood and metal that each had pipes reaching down into the ocean.  The cranks sat still in the dull light from guttering lanterns in each corner of the room.

With a glance between them, they started climbing the large wooden pillars at each corner of the well opening.  Above them was twenty armslengths of open space before a latticework of wood beams formed a tower rising up into the night sky.

The wellhouse sat in the center of a military supply and support station that floated about ten leagues from the cliffs of Palan Voyd.  It was a multi-level waystation where ships could resupply and remain on patrol in case the Tormangi ever tried something like exactly what they were doing now.

Spark climbed and listened.  The murmur of many voices came from within the fortress along with the clink of plates and occasional burst of laughter.  It was the sounds of sailors beginning their days.

Ember was above her and the others were staying even.  They climbed up past the first floor and continued to check all around.  In the rooms next to them they could hear snoring that indicated these were bunk rooms for off duty sailors.  They continued to climb.

When they got to the third floor Spark heard the rumbling voice of a Rennon sailor shout something.  He was right beneath her, standing back away from the edge.  On the other side of the wellhouse one of her clansisters, Bright, looked back over her shoulder.  The fear that sprouted on her face told Spark eveything.  Just then a spear flew across the open space.  It skewered Bright square in the back and she lost her grip.

The surge of fear within her drove Spark to action as her clansister tumbled down to the water below.  She looked down to see a Rennon sailor step up to the railing.  "Go fast!" she shouted.  At the same time she reached back to pull two small daggers from sheathes in the small of her back.  She dropped down like a panther leaping on its prey.

The other Tormangi women started climbing as fast as they could.  The Rennon sailor looked up to see Spark dropping on him.  He instinctively raised a hand.  Spark slid past his arm and jammed both daggers into his neck and shoulder, severing bone, tendon, and artery.  With a twist of her body she landed on the walkway and wrenched the sailor over the railing.  He screamed in pain and flipped through the air, splashing into the ocean right behind Bright.

More shouts came from inside the fortress.  Spark dropped her daggers and leapt up for the pillar.  She frantically scurried past the third floor and out into the starlit gloom.  Two bodies were in the water.  If she didn't move fast there'd be more.

She kept looking up.  From below she could hear more shouts and commotion.  Ember and the others had gained the top of the tower, a platform with an open framed hut atop it.  Inside the hut was a large metal container of whale oil that burned brightly.  Ember was just capping it and putting it out when Spark climbed in.  Around the container was a swiveling curved metal piece that had been hammered into a concave shape.  It had a system of shutters on the other side of the container and could be used to focus light and signal back to Palan Voyd.

Spark was breathing hard.  "Bright's gone to the deep."  The other clansisters, Shine and Dazzle, just grimaced as they tried to figure out how to get the oil container separated from its mount.

Ember muttered, "I don't see how to get this off."

Spark looked over the edge.  A Rennon sailor had climbed up onto the flat roof and was shouting down at his compatriots.  He grabbed the ladder that ran up one side of the tower and started climbing.  "Punch a hole in it.  Can we use our spikes?"  Gloves and boots came off.  Spark kept looking down to monitor the sailor.  "Find something to hammer them with."

Ember was crouched in the corner next to a tool box.  "How about a hammer?"

Ember set herself and put one of the spiked boots up against the bottom of the container.  With two strikes she punctured several holes.  Oil started jetting out, running across the floor and pouring down the ladder rungs.

Spark watched as another sailor appeared on the roof and started climbing right below the first one.  "There's two of them.  I had to drop my daggers."  She looked at the others.

Ember shrugged.  "I only have one.  Bright had two."  The other two clansisters just shook their heads.

Ember looked over the edge.  "We drop."  She smiled at the others.  "We climb under the platform, hang straight down, and let go.  We land in the well.  Call the porpoises back."

Spark nodded.  "Quickly.  Get clear of the fortress and find the escape ship."  She didn't have to add that there might not be an escape ship.

Shine was next to the edge.  She swung herself under.  The others heard her grab at the angled support joists under the platform, pause a second, and then nothing.

Ember was laying down on the platform and looking under it.  They all heard a controlled, neat splash.  "It works!  Go!"

Dazzle swung herself under.  Spark was timing the ascent of the sailors.  It was going to be close.

More chaos had erupted throughout the fortress.  Spark saw a Rennon cutter start listing heavily as sailors jumped in the water and back onto the dock.  The plan seemed to be working.

"Go, go, go," shouted Spark as she laid down next to her.

"Don't land on my head."  Ember somersaulted over the edge and reached for the joists, swinging herself out to the middle of the tower.  She winked at Spark and let go, gracefully lifting her arms up and pointing her toes down.

In heart seizing horror Spark watched as a thickly muscled arm reached through the ladder with a sword and scored Ember deeply along her entire torso.  Ember squealed and twisted, arms and legs splaying out.  She arched back.  Her head struck one of the beams.  She flipped forward limply and kept falling.  Spark turned her eyes away after she struck the inside of the tower two more times. The splash below was not controlled or neat.

Spark pulled herself up into the hut, controlling the urge to vomit.  Two of her team, two of her sisters, dead.  And her likely next.  Just more abuses that the Rennon would pay for.

The sailor shouted something up at her in his mush-mouthed language.  It was followed by a mocking laugh.  She was curled up, sitting in the corner of the hut, when his bulky face appeared at the edge of the platform.  He sneered and said something else that seemed just as insulting.

It was then she saw the flint and steel striker laying next to the tool box.

Spark looked him in the eye and smiled.