The Fairy and the Assassin 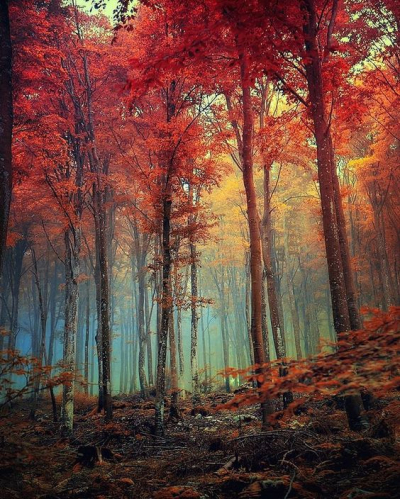 In the world of The Mellow Moon 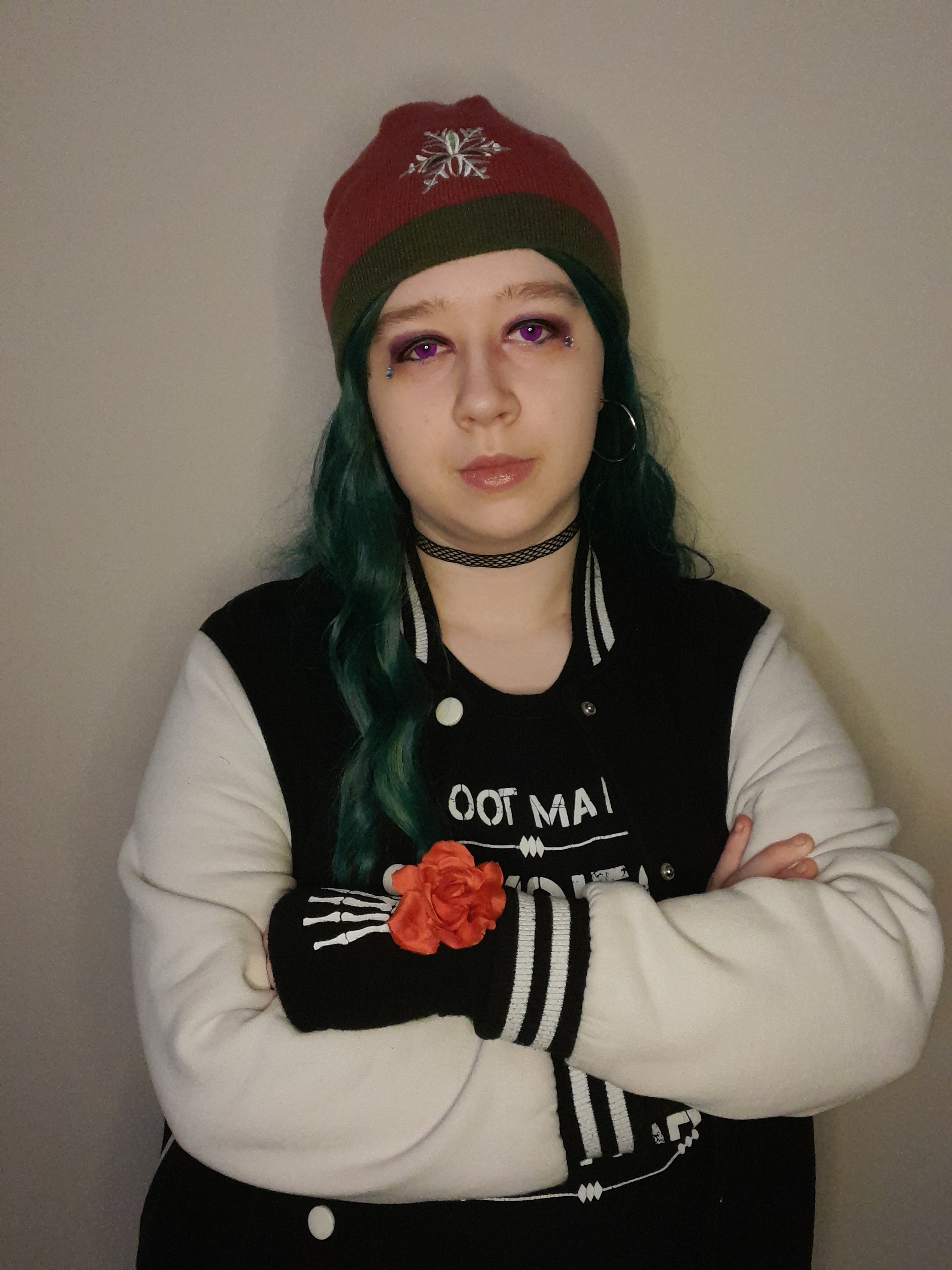 This is Ashly Midnight

"Fuck sake, can I please catch a break?" I muttered to myself, as I stalked towards the cafe door, catching my sleeve in the process of opening it. “Somehow no one saw anything”, I thought to myself, as I headed up to the counter.

"What can I do for you today ma’am?" The barista asked me.

"Can I have a hot chocolate with cream please?" The barista nodded with a smile. As my drink was being made, I let my eyes wander around the building. It had a simple wooden floor, stained with years of use and spills. The wallpaper was peeling at the edges where young kids had started to tear at it with boredom, “that would have been me back when I was a kid”, I smiled.

You see, I wasn't here by accident, rather, I was following a suspect who would lead me to my target. A young girl, with bright red hair, cut into a bob with dull green eyes, she wore what I would call a dusty, pink, tank top hoodie, and a pair of black leggings. She sat in the corner with a drink of her own and what seemed to be a caramel cupcake in front of her. Just looking at the cake made me feel hungry, I don't need food like other creatures, but it doesn't stop the thought or smell from making my stomach growl. The small human part that the Fae DNA hasn't completely taken over, I guess.

Anyway, I caught myself from wandering too far off track and concentrated on the girl again. I received my drink and took a seat at a table by the window where I could still keep an eye on her. I pulled out my sketchbook and started to draw the view from the window. It was a nice day, with the sun high in the bright blue sky, it was so clear that you could see the moon still. Mother be damned it was early, 7 AM to be exact, I hate being up this early, it always makes me feel groggy and sick. That may have more to do with how late I went to bed then how early I got up, but who's counting?

I knew my brain would start wandering again, focus Ash!

I watched people coming in and out of the cafe with my side vision, whilst my attention remained on the red head. She hadn't moved from her chair for a while, she hadn't even touched the cupcake. That had me a little confused, why buy food when you weren't going to eat it? My answer walked through the door just at that moment, a male with bright green hair strode through the door, his clothes were quite bright compared to others in here. He headed straight to the girl I was watching. She pushed the cake towards him as well as the drink, (I guess she hadn't drunk any of that either) to which he proceeded to thank her for. I couldn't see what she was saying but I could see what the guy was saying. I would have listened to them if the music and people talking wasn't so goddamn loud. Green hair said he agreed and would help Liam, if he came to him instead of going through her (the red-haired girl in case it wasn't clear). Reading the name of my mark on the guy’s lips, I knew they were up to something but having it confirmed was not as enjoyable as I had hoped it would be. She must have said something again because the guy narrowed his eyes at her but didn't say anything back. She then got up with a huff (her shoulders raised and fell so it was an educated guess) and stormed out of the cafe. She went faster than I could have guested, fuck sake, of course I would lose her, fucking typical. The guy looked as shocked as I felt, he shook his head and finished his food and drink before thanking the woman behind the till and headed out.

I may have lost my target, but I had gained another, so I packed my stuff up and started to follow him instead. I used the mist to my advantage (The mist is hard to explain so I'll put it like this, it's like a wall that most humans can't see through, that hides a whole other world from them which we call the supernatural world, that's the best I can do for now) to keep me hidden from sight as I slunk from shadow to shadow, or should I say building to building, as there were less shadows at the moment. He wandered down street after street until he came to a rather shit looking apartment building. He unlocked the door and headed out of my sight. I waited to see if I could spot a light turning on or movement in a window, but I didn't see anything inside. FUCK! Guess I'll just have to wait here until he comes out, sigh. Luckily I found a patch of sun to soak up whilst I waited, so I got out my sketchbook again and started to draw this building.

The sun had gone down before the guy appeared again. He was wearing a different outfit than before, dark coloured hoodie, with combat pants on, and big leather boots. This caught my attention, he looked unhappy about being out and about. I had already packed up my supplies as I couldn't draw in darkness, (I mean I could but it might look a little bit weird to an outsider) so I started to trail him again. I don't think I had walked this much in a while but at least Port Esari looked pretty at night, the sky was lit up by the street lights and houses as people went about their business.

The smell of fish told me we were going to the fishing docks, before we even saw the ocean. Green hair had been mumbling as we went but he was too far ahead to hear what he was saying. He stopped before a crusty looking building, you could tell it had seen some storms but had survived somehow (probably because it was blessed by Yorr, he is the God of the Sea and the Sky after all.) He knocked politely and waited for the door to open before he went in.

Now what was I supposed to do! I let out a sigh as I scrambled on top of the crates I had found to give me a better view of the door. I knew I needed to get closer, inside would be best, so I could hear what's happening. I found a low bit of wall at the back of the building, I guess the wall had been used to stop people from getting onto the roof from the tarmac, now it helped me more. Humans don't learn from their mistakes, this was one of those times, if you try to stop people from doing something, they tend to find a new way. With that figured out, I was on the roof in no time, avoiding falling into holes. They at least helped me figure out where the group was, the raised voices gave them away.

I slipped inside and used the shadows to my advantage. I got close enough to hear what they were saying clearly even if I couldn't see them right now.

"The boss wants him alive!" A gravelly voice preceded to say.

"Then why are we here and not him, we can't do everything for him!" A higher pitched female voice screeched back.

"I don't know, I didn't question him, I didn't want to become his next meal!"

"Lou is right," a new voice chimed in, it sounded like the green haired guy, at least from the bit of mumbling I managed to catch on the way here. "If we question him, we end up dead. If you're bored Anna, you're welcome to talk to the prisoner, see if you can get anything out of him!" That's not good, it sounds as though they have someone with them, this complicated things, I can't leave this guy here for Liam to feed on. Gods help me!

"Sure why not," Anna said. The sound of rustling could be heard before a low whistle.

"Dam, you guys are better at tying knots then I thought you would be," a smooth sounding masculine voice groaned, this must be the prisoner, I thought to myself.

"Sure am, how about we skip the chit chat and jump to the bit where you tell us why you fell through the roof?" She sounded like she was trying to persuade this guy.

"I've already told you; I was climbing on the roof to get a better view of the beach. I didn't see the rotten bit of board, so I fell in!'' The woman huffed as the other two laughed, it was clear that none of them believed him.

"And I'm the Princess of Skyrim!"

"Now that would be..." The guy was cut off as he was slapped around the face.

"Stop lying and just tell us, if you tell us there is a better chance of you surviving, but if we have to get our boss, there is no way you’re getting out of this alive!" That was definitely a threat.

"Ouch...what if I told you that I want to meet your boss, maybe that was the reason I was on your roof." They all laugh at that. This guy has a death wish.

"If that's what you want!" I knew that if I didn't do anything now, he would get hurt. I also had a familiar feeling of needing to do something now. Whether it was a sign from Mother or just my gut it didn't matter. There were three of them and one civilian. Piece of cake! So, I got out of my hiding place and said:

"Well, what do we have here? Never mind, I'll answer for you," I didn't even give them a second to answer. "Three dipshits who forgot how to keep a secret! Liam isn't going to be happy with you!" I grinned at them. Now I could see them, there was the green haired guy from earlier, and the other two were blond, their faces looked similar, my guess was they were siblings.

Then there was the guy in the chair, he had long, black hair with red streaks, it was currently pulled back into a ponytail. He had a tanned complexion with freckles and a noticeable scar above his right eye; he was also wearing a lot of leather, in fact it was full studded leather armour with a black leather coat over the top. But, it was his eyes that court my attention, his left eye was ocean blue and his right was a bright emerald green. I was distracted enough that the guy snapped me out of it.

"What the fuck are you doing here and how do you know that name!"