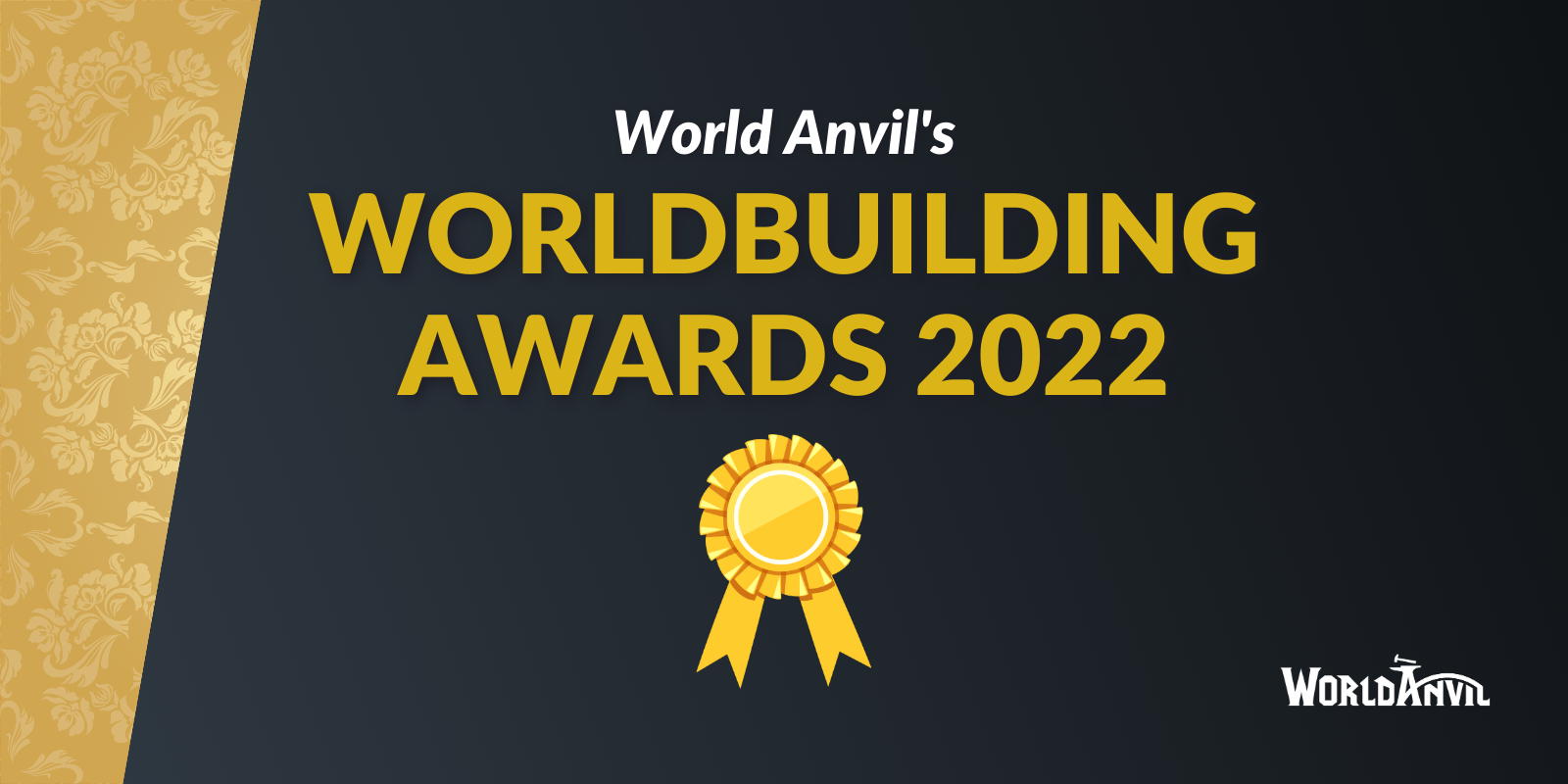 Submit your best work for a chance to be chosen as the best worldbuilder of the year!

You spent the entire year working on your amazing worldbuilding, and now we want to highlight your hard work! In the Worldbuilding Awards, a team of expert external judges and the World Anvil community will choose the best work you created for the past year. Submit your worldbuilding before January 28th using the button below and stay tuned for the Awards Ceremony on March 18th.

The Google Form will open on December 31st at 19:00 Anvil Time

Check back later for more information!

Who are the external judges?

The identity of the external judges will be kept secret until at least the end of the judging period. All entries will be vetted by the World Anvil Team before being sent to the judges.

NSFW entries will not be elegible for these Awards. This includes sexual themes or erotica, and depictions of extreme violence or gore.

How are my creator rights affectes by these Awards?

By entering the Worldbuilding Awards, you allow World Anvil to use your content for promotional purposes. However, your creator rights are in no way affected by this and you can revoke this permission at any time with reasonable notice.

Several categories request a World Primer - what is that?

A world primer is designed to introduce people to your world. Basically, if someone asks “so what’s your world like?”, this document should give them the answers — and it should make them want to know more! Think of it like the worldbuilding meta, but reader/player facing — so there are no spoilers or big reveals, just the basic premises and information of your world setting. A world primer usually uses the generic article template, but for the purposes of Worldbuilding Awards 2022, we don't mind which article template you use. Learn more about worldbuilding primers.

I have a question not answered in this page. Where can I ask?

You can email us at [email protected]

The Google Form will open on December 31st at 19:00 Anvil Time

Be the first to submit an entry!

Write an article following the description and the rules below and submit it!
Win prizes and some very awesome badges for your profile!