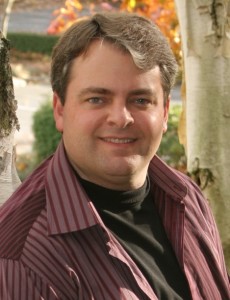 Do come and join the Daggers in the Blue Dolphin, we'll share a mug of hyly and listen to Duke's tall tales. Unless you want to go explore the endless horizons of Terra in an airship complete with laboratory and soldiers to help with any untoward natives. I can't wait to share a hot tasty beverage as we explore the universe together.

Leeland is a man of imaginary worlds. He believes in things like computers running in clouds, machines that mine the universe, technologies to provide unlimited power, and ethereal powers of the mind to manipulate reality. Needless to say, it is a good thing he found roleplaying games in the 1970s, otherwise, he probably would have become a criminal mastermind. While living in the poorest timezone in the world for gaming (all the other timezone players look down on the Pacific as being too far behind to really play with the fun groups of the East and European times), he instead fills a lot of the lonely evenings writing fantastic, bestselling, epic fantasy and science fiction books. In short, he's become worse than a hardened master criminal, he is a professional liar and enjoys getting people to pay to read his tall tales.

Quigley Down Under, Support Your Local Sherrif, Passenger, Knives Out, True Memoirs of an International Assassin, Wally, The Emperor's New Groove, The Count of Monte-Cristo (1975 version), My Spy, Léon: The Professional (1994), Kill Bill vol. 1 & vol. 2, and many more. If it is fun, sci-fi, fantasy, or some combo of those I probably loved it, just ask me.

Mission Impossible (the original 1966 series), A-Team, Knight Rider, MacGyver, Doctor Who, Star Trek, Babylon 5, The Prisoner, Pinky and the Brain, Animaniacs, Sherlock Holmes (1984 TV series with Jeremy Brett and David Burke), okay-okay and the new Sherlock with Benedict Cumberbatch and Martin Freeman too, a few others you might get me to admit to. Why not ask me if I liked something you did?

Too many, but I highly recommend the World of Tiers, Lord of Light, Terminal Alliance: Janitors of the Post-Apocalypse Series, Elantris. Plus everything from Lois McMaster Bujold, Timothy Zahn, and Mercedes Lackey. Oh, and you will probably like Columbus Day: Expeditionary Force series, and of course the Mystborn series from Brandon Sanderson.

Caught under eternal Twilight the final Spark of Empire was snuffed out.

A sapient species from Greenerth. They have forged armour from the scales of plated potatoes.

Plant with deep roots able to feed on all kinds of metal materials.

Nasar are a species of extremely intelligent, giant, predatory birds that cluster in flocks on Caer'Thun.

The Moonchild and the Fallen Stars

Bonus action The Sea of Starlight

Only a word processor powered by hellfire itself can produce documents strong enough to withstand the rebirth of the universe.