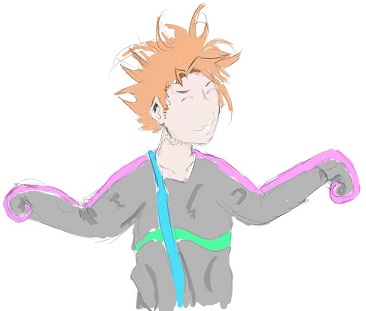 Tattoos and Piercings and other modifications

Views on Gender among the bird folk

Autistic cat dad and "artist" with ADHD who spends too much time thinking about drawing instead of actually doing it. I've been working on Stargazers since 2012 and wrote 2 1/2 "novels" about it. Since last year (2017) I'm drawing a comic which condences the first novel into just a few chapters and leaves out unnecessary stuff and attempts to fix plot holes.

Does Monster Factory count as a series? Boku no Hero Academia Criminal Minds

A quick look at a vehicle's typical day.

On a quest for knowledge, a light tank asks a giant plane but disgruntles her.

The main written language among tanks.