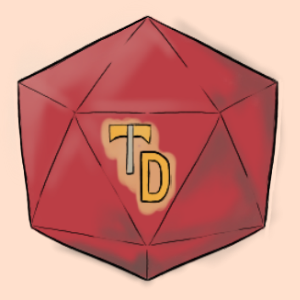 Important group of elven buildings in the capital

One of the two moons of khurlastian sky

I'm a 20-something person, born in Brazil. No college education and most of my time is spend between work and work, but in the last few months I found a few hours to myself and began to play RPG (DnD 5e, more precisely) with a group of friends, so I am trying to work that hobby out and maybe create some stuff from it... So far so good.   Update: I went through a few DnD groups, but I think that I'm ok now. Playing lots of RPGs (Dungeon World and 7th Sea have been added to my "currently playing it"-list

I have an absolute adoration and love for tabletop RPGs, like DnD 5e, Mutants and Masterminds, and recently found Savage Worlds.   I like to draw, not that I am very good at it. And write all sorts of stuff, not only worldbuilding (which I really like, thank you very much).   I have growing interest in creation and crafts of most sorts. Not that I have the time, but I really love wood-crafting, and the idea of making my own dice for RPG, my own grids and modules, and my own sword! (That last one might take me a while...)

Too many to tell, but I have a preference for LGBT and medieval shows. As well 'old but gold', like the Whedonverse shows and Xena.

Most of Percy Jackson universe, The 39 Clues series and Skulduggery Pleasant one to five (since the sixth and beyond have yet to be translated to Pt-Br)

Rick Riordan, Derek Land, and a few fanfic writers, if that counts.

For video-games I would say Age of Empires II is a must... I really like the Tomb Raider (2013), and am putting a few bucks to buy the sequels. And even if I suck, I really liked Crypt of the Necrodancer. I often play League of Legends with my friends, but not a favorite

The quintessence of Dedlan Island

Frogdrake Spirit of the Age

Brinsmead The Sorrow of Souls Quartet

The Goldfish of Doom

The Fourth Battle of Paçan River

The Turtlefolk mariners of the Dust Shores.