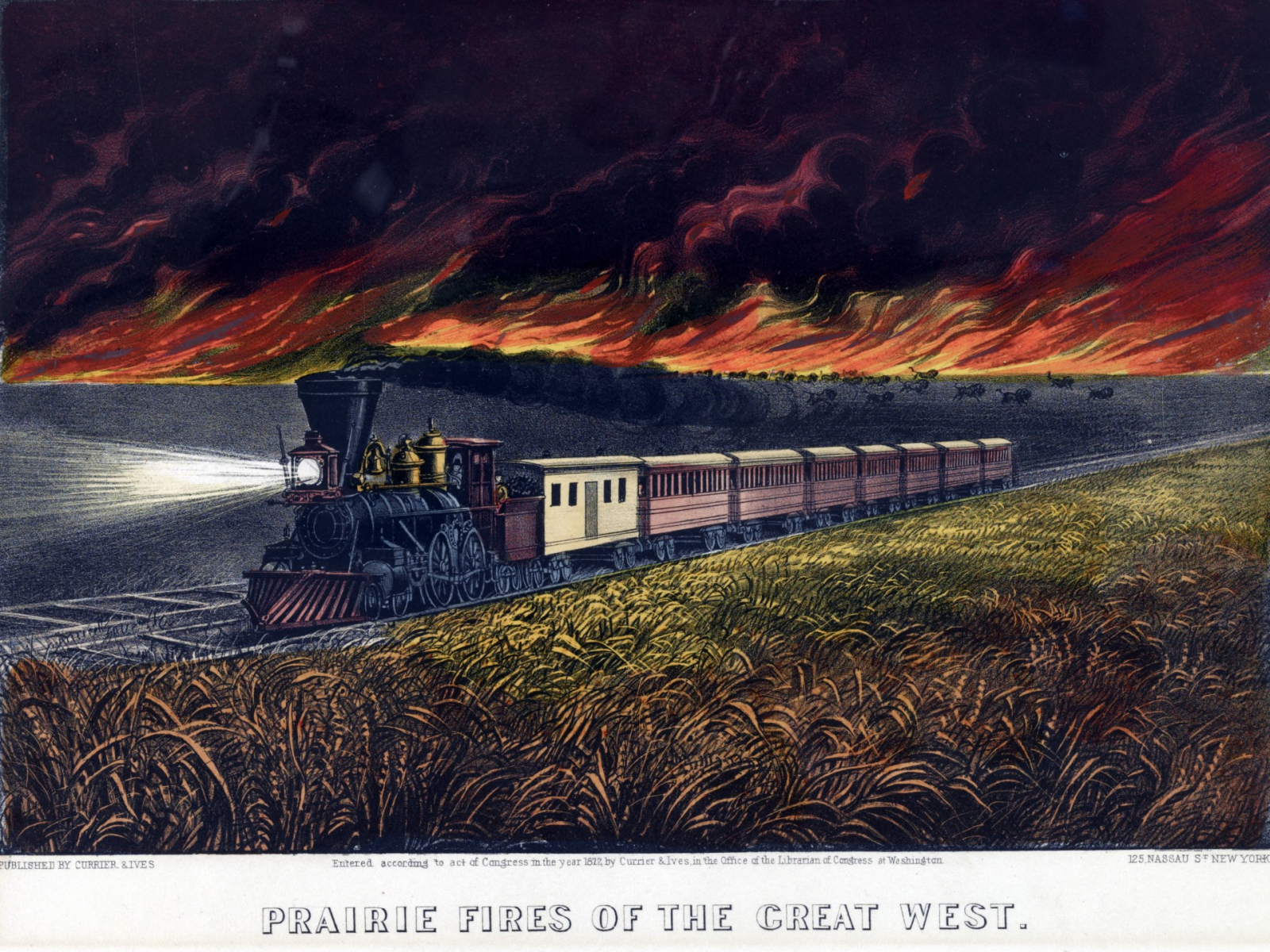 There's a Spanish train that runs between
Guadalquivir and old Seville
And at dead of night the whistle blows
And people hear she's running still
— Chris de Burgh, Spanish Train

Nobody knows why it's called the "Spanish Train," since the places referred to in the Sacred Hymns no longer exist. But there's a story of a train where the forces of Light and Darkness play games for the highest of stakes -- the souls of the dead.

A song that is counted among the Sacred Hymns details the story of a railway worker who lay dying on a train. Old Scratch came for his soul, but he was intercepted by the Lord (see The Lord and the Lady ). The Adversary demanded the right to play a game of Five Card Stud for possession of the man's soul, since he had arrived first. The Lord honoured the challenge, but the Dark Lord cheated at the game, and won the soul of the railwayman. It is said that the train, filled with thousands of souls, continues to run between two stations that only exist in the Spirit Realm, and Old Man Splitfoot and the Lord of Light continue to play a variety of games to determine their fates. The Lord loses most of these games, because He refuses to cheat in turn, and just does the best He can. 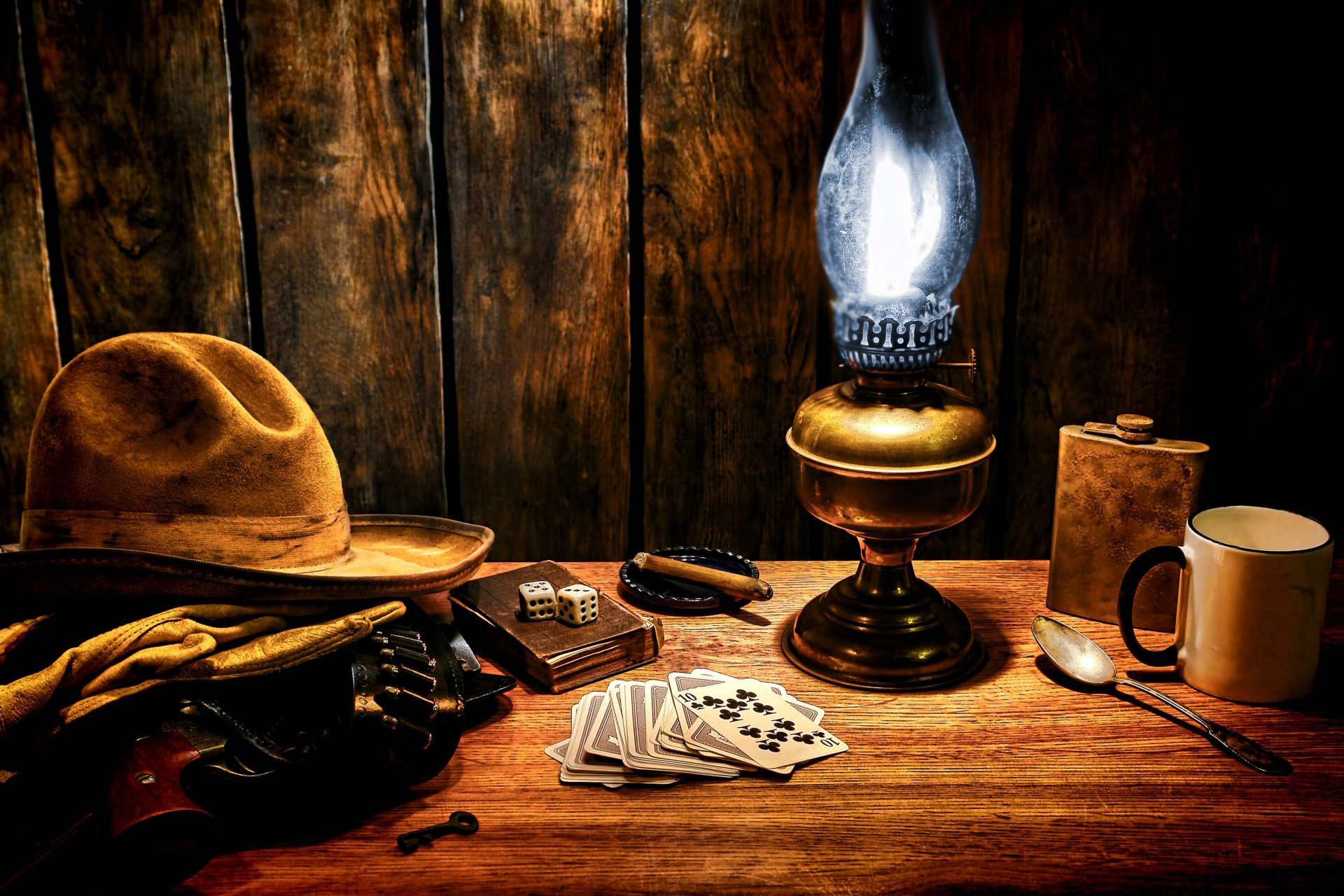 Old records do confirm that Guadalquivir and Seville were real places that existed before The Cataclysm in Spain, an old imperial nation that contributed to the influx of Settler peoples on the Scarred Continent. This seems to lend some credibility to the story. From time to time, people claim to have seen the Spanish Train, but this seems unlikely, given that if it did exist, one would think it would remain in the Syndicalist Territories or the Iberian Imperium, the present-day remnants of Spain.   Proponents of the myth argue that there are more than enough descendants of Spanish Settlers on the Scarred Continent to justify its presence, however; if such things are a factor at all. Others claim that while the story originated in Spain, this was likely just a quick glimpse into the workings of the Spirit Realm that happened to have taken place in a specific location. Since time and space don't work the same way in that realm, the Spanish Train could literally be anywhere.   There are records of possibly as many as half a dozen places once named Seville in the remnants of the American States, which lends some credibility to the idea that the Spanish Train might have existed (or might still exist) in many different places.

And I said look out, Lord, He's going to win
The sun is down and the night is riding in
That train is dead on time, many souls are on the line
Oh Lord, he's going to win
— Chris de Burgh, Spanish Train

This myth is primarily known to the Gunslinger Order, who pass on the Hymn as a cautionary tale. It emphasizes the need to intervene to help anyone and everyone fight dark forces, because the balance of their fate may depend on it. However, like most of the Sacred Hymns, the song predates The Cataclysm, and it survives in the strangest of places, often in a slightly altered version. 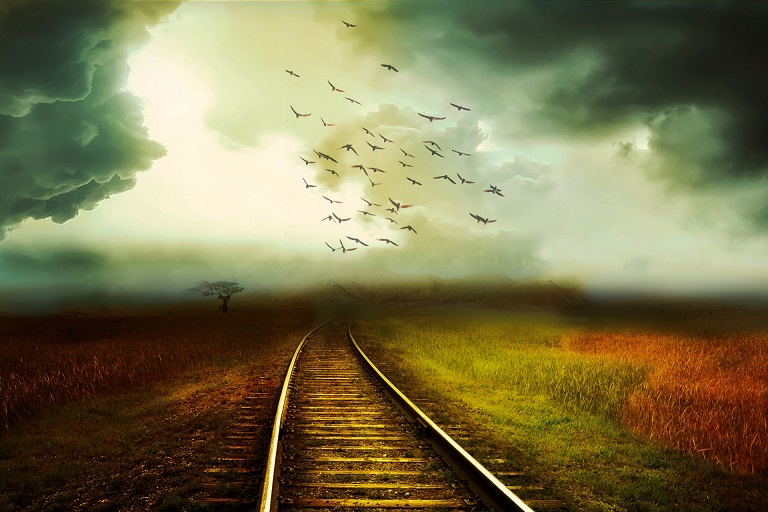 Lyrics of the hymn vary regionally. Areas near to any place once named "Seville" usually find a local name that fits the scansion to replace "Guadalquivir" with (Californians sing, "between Los Angeles and old Seville," Fringers sing, "between Minneapolis and Seville," or "between Indianapolis and Seville," and so on.)   Some regions use "the sun is down and the night is riding in," while others use, "the day is done and the night is riding in." Occasionally one might also hear, "the sun has set and the night comes riding in."   Some variations call the Adversary "the devil," while others refer to him as "Old Scratch," or "the Dark Lord." Often these terms are used interchangeably throughout the hymn.   Some variations say, "The Devil (Old Scratch/The Dark Lord) said to the Son of God, 'I believe you've got it (a) straight," but most say, "...said to the Lord of Light."   Some versions claim the train transports ten thousand souls; others say it carries a million souls.

Ten thousand souls was the opening bid
And it soon went up to fifty-nine
But the Lord didn't see what the Devil did
And he said, That suits me fine
I'll raise you high to a hundred and five
And forever put an end to your sins
But the Devil let out a mighty shout --
My hand wins!
— Chris de Burgh, Spanish Train

The tale of the Spanish Train has permeated popular culture thoroughly enough to spark some unique idioms:

It's a common theme in religious art to depict the Spanish Train as a demonic machine with an evil face, puffing extensive clouds of coal smoke.

Well a railwayman lay dying with his people by his side
His family were crying, knelt in prayer before he died
But above his bed just a'waiting for the dead
Was the Devil with a twinkle in his eye
Well God's not around, and look what I've found --
This one's mine!
— Chris de Burgh, Spanish Train

~ Thank you for your support! ~
The Wyrd West & the Wyrd West Chronicles are copyright (c) 2017 by Diane Morrison and Erin Righ. All rights reserved.
Cover image: Prairie Fires of the Great West by Currier & Ives