Once rare, the genasi have become common since the Kirinal Pit was tamed by the Orrery of Worlds. The frequent influx of elemental visitors and settlers naturally led to the mixing of their blood with mortal races. The genasi, those with elemental blood and powers, are the most common of the so-called Pit-Blood.

Ambassadors to the Elements

Genasi fill every level of society, from commoners to scions of noble Elemental homes. Their elemental nature makes them natural ambassadors and envoys back to the plane that matches them. Fire genasi have no problems with the heat of the City of Brass. Water genasi can breath underwater and facilitate trade with the Water Lords.

Genasi are particularly useful on Salvager crews that enter the Manifest to retrieve natural resources and extraplanar goods when appropriate. Their elemental descent means that they live with their feet in more than one plane already. They quickly adapt to the alien nature of other planes faster than many other folk. 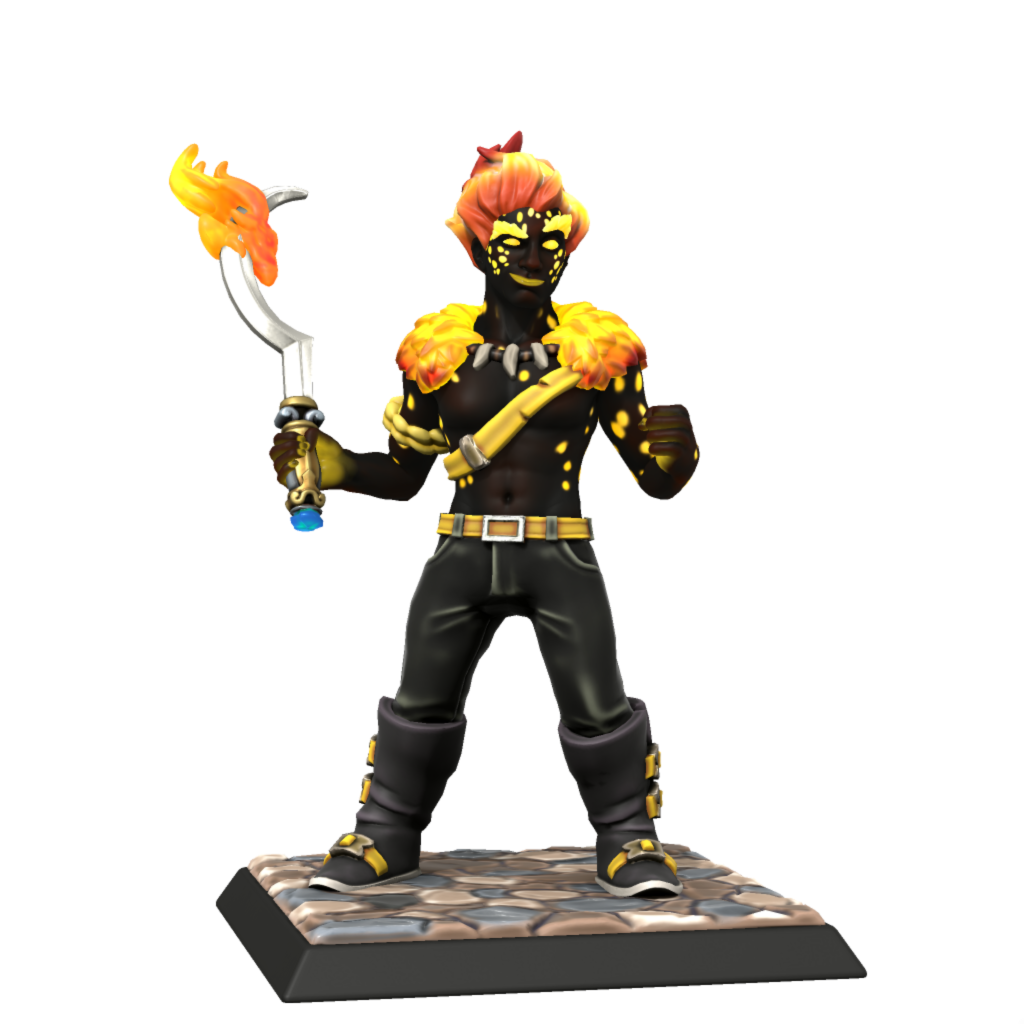 by Chris L
Baron Blackfire of the Kirinal Divers is a fire genasi noble with pitch-black skin who can wreath himself in flames at will. His noble birth confers him with disarming charm to match his fiery rage.
Related Ethnicities
Ancestry